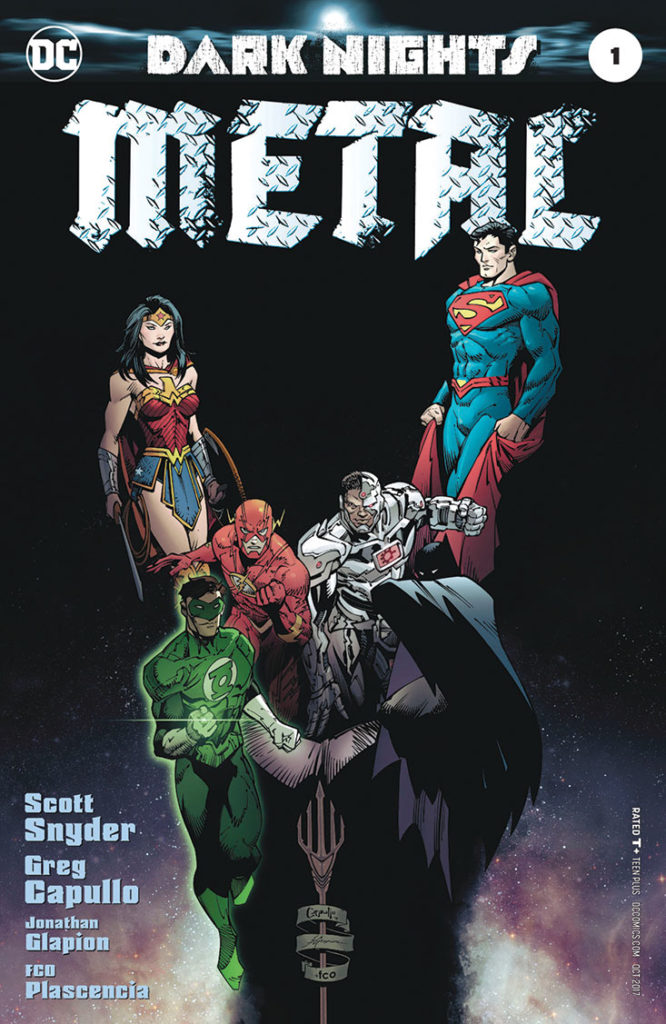 Scott Snyder and Greg Capullo have an impressive track record separately and as a team, so it’s no surprise that “Dark Nights: Metal No. 1” had some hype behind it. Snyder wrote and Capullo drew about 99.9 percent of the Batman run for the New 52, and now they’re back together for this event book. This time, though, the whole Justice League is involved. “Metal’s” basic premise is that there’s a “dark multiverse,” where everything that can go wrong, has gone wrong. Plus, on our main Earth (Prime Earth), Batman has been studying Nth Metal in secret, preparing for an upcoming “war.” The Justice League will travel to different a universe, evil versions of twisted Batmen will invade ours, and it’s been described as a rock-and-roll blockbuster.

The middle act is where this book kind of halts a bit. There seems to be tons of unnecessary exposition and framework pertaining to almost everything we saw in “Dark Days: The Forge” and “Dark Days: The Casting,” which were the preludes to “Metal.” I understand that this is to catch people up if they’re coming into “Metal” without reading those two precursors, but, as someone who did read them, it was almost jarring to go see the plot come to such a screeching halt, especially considering Snyder and Capullo took such care to have the issue open with such heat.

Aside from a sluggish middle, this book lived up to the hype of the ridiculous adventure it promised. It also makes it very clear that Batman is up against one of the biggest threats of his career. Its fun to see the Snyder/Capullo gang back together, telling a great story, and I, for one, cannot wait to see just how much of the DC universe it encompasses. 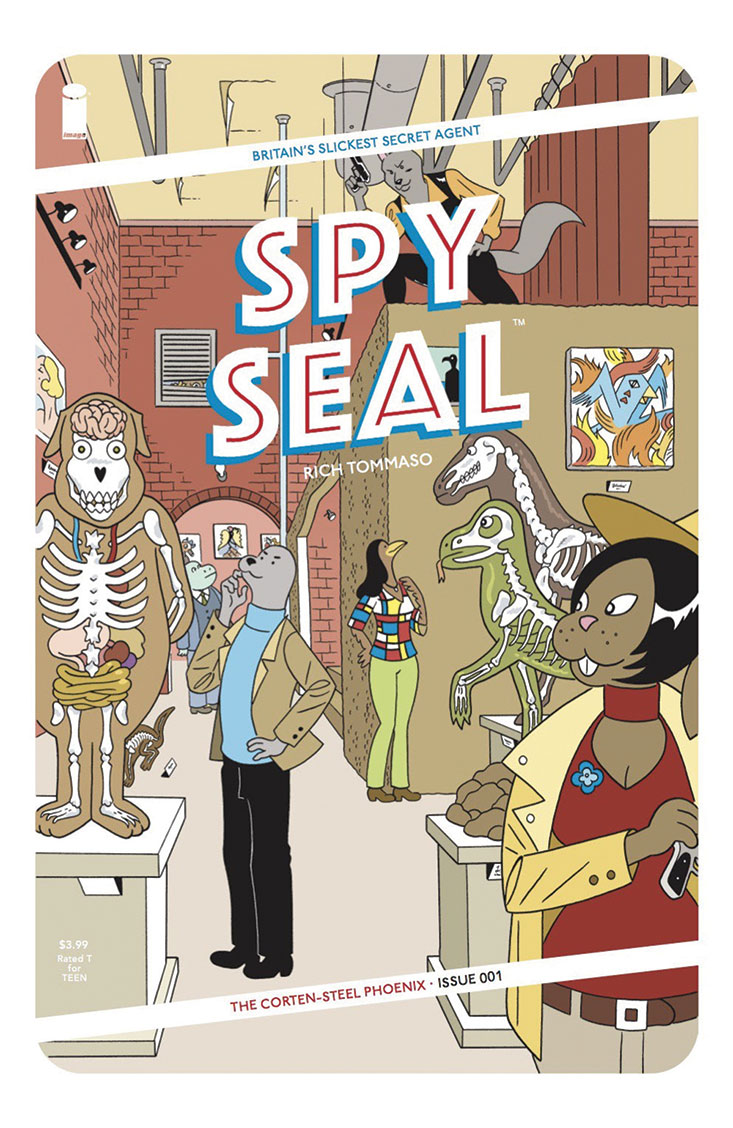 You know how sometimes you can just tell you’re going to like something? “Spy Seal” is one of those “somethings” for me. The art is wonderfully simplistic, full of flat colors and no shading, yet never feeling like it lacks detail; and there’s standard espionage. Oh yeah, and all the characters are anthropomorphic animals. Rich Tommaso does the writing and the art duties, and he knocks it out of the park on both.

The title character, Spy Seal, is Malcolm Warner, a down on his luck, unemployed seal. After accompanying his friend Sylvia to an art gallery and having things go a bit off the rails, he gets asked to join one of Britain’s most covert MI-6 divisions: the Nest. Will he accept? Well, it’s all but guaranteed, given that he’s so desperate for a break, not to mention that there’s hardly any reason for a book to be called “Spy Seal” if the seal isn’t a spy. But still, it ended on the cliffhanger of his decision and a little speculation is always fun, right?

Honesty, the plot in “Spy Seal No. 1” is a pretty simple, straightforward espionage. It’s little more than an origin for Malcolm, leaving us knowing little more than we did at the start of the book. Like I mentioned, he isn’t even really a spy yet! All this being said, issue No. 1 was an excellent launching point for what I’m sure will continue to be an amazing series. The first page alone may appear to be a bit wordy, but I promise it’s well balanced and has plenty to hold your attention.