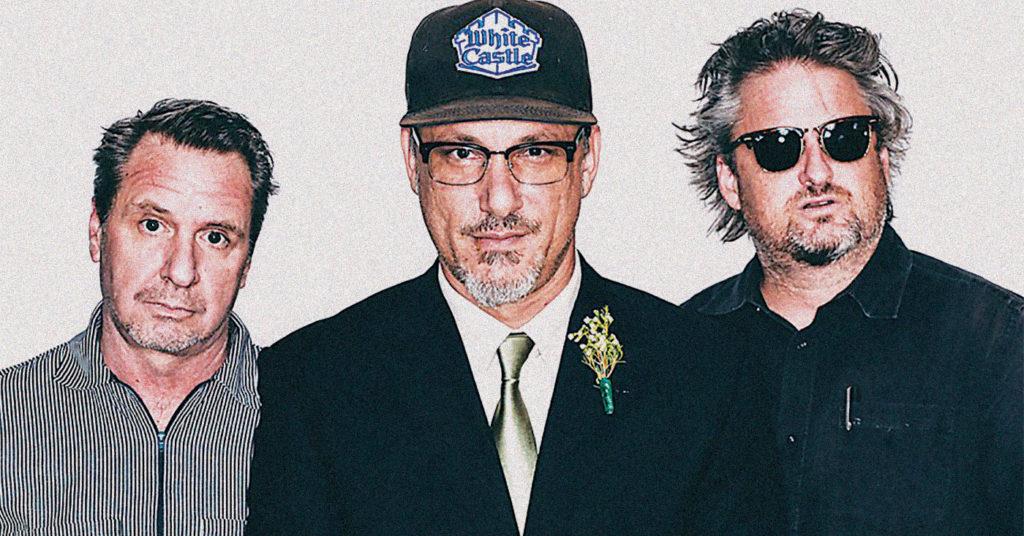 The PRF BBQ brings four days of high-energy rock to multiple venues across town, ranging from slick indie to waves of heavy noise. On Thursday, ($10) the festival kicks off at Monnik Beer Co., before moving to Mag Bar on Friday ($10), and then finishing up at the Cure Lounge on Saturday and Sunday ($15 each day). We took a look at the festival’s sizable lineup to throw out a few suggestions of what bands you should make sure to catch.

GRLwood
Monnik Beer Co.  |  Thursday  |  7:30 p.m.
The project of Rae Stout, GRLwood plays a mixture of experimental dream-pop and contemporary blues guitar freakouts, complete with vocals that can match either — one second, it’s an eternal croon, and the next, it’s an aggressive battle cry or shrilling and shouting that is really captivating and compelling. GRLwood covers a lot of ground and thrives on intensity, and while the music is certainly visceral and primal, the wizardry is in how the chaos is controlled. —Scott Recker

Memory Gloss
Monnik Beer Co.  |  Thursday  |  10:30 p.m.
A chilly post-punk band that can build up to stormy, atmospheric rock and screamed hardcore-style vocals, Memory Gloss’s latest record, All I Was Was There shows a band that has a lot of agility and range. Memory Gloss hangs out in the sort of ominous darkness that brings to mind ‘90s indie from Louisville, but they’re not a replica, picking and pulling from all over the genre spectrum, resulting in something that’s noisy, punchy and addicting. —Scott Recker

Bummer
Mag Bar  |  Friday  |  11:45 p.m.
We live in troubled times, and sometimes it helps to just turn up the volume. For fans of noisy metal, Bummer are a badass ball of rage to get you pumped. This is the soundtrack to your anger, an exorcism of sorts that helps you channel your pent-up frustration and channel it. Like if David Yow fronted Daughters with a side of Pissed Jeans, Bummer churn out monstrous riffs at every new turn, groove oriented and worshiping at the altar of big amps. You put this on to let them know you’re coming — war music to get you ready for what comes next. —Syd Bishop

The Cell Phones
The Cure Lounge  |  Saturday  |  8:30 p.m.
Power-pop packed with loaded, winding arrangements — that always seem two steps away from going off the edge — The Cell Phones’ music sounds like the soundtrack to the underground, or some sort of dystopian movie where scrappy antiheroes are trying to dismantle a bunch of sociopaths. There’s just a rebellious edge about the music — even the songs that spill personal moments seem to be waved around like a weapon. The pop and the power align perfectly, and when you sprinkle in some punk, it becomes a really rich, dangerous-sounding mixture. —Scott Recker

Cherubs
The Cure Lounge  |  Saturday  |  10 p.m.
Forged by the grunge and alt-rock of the early ’90s, the recently-reunited Cherubs make a sweet noise. The power trio from Austin has an enormous guitar sound, fuzzed out and drenched in feedback, a chunky throwback to a simpler time. Of course, there is nothing simple going on here, as Cherubs can knock you out with their solid hooks. Like classic Soundgarden or Smashing Pumpkins with a Jesus Lizard edge, Cherubs absolutely slay. This is off time, but never off beat. Anthemic, but never too over-the-top. If you listen to this and don’t bang your head a little, Goddamn, you might be a little dead on the inside. —Syd Bishop

Wailin Storms
The Cure Lounge  |  Saturday  |  11:50 p.m.
Doom-rock that’s underscored by a gothic-punk sort of sound, as if they put small parts of both Black Sabbath and the Misfits in the influence blender, Wailin Storms walk up to the edge of metal, but never fully jump in. With no shortage of sludgy hooks and heavy-handed drums, cut by atmospheric leads, The Wailin Storms create a wall of evil sound that could fit into one of Rob Zombie’s movies.—Scott Recker

Waxeater
The Cure Lounge  |  Saturday  |  12:40 p.m.
Waxeater have that kind of rowdy party vibe that informs their sound, all angular madness and barn-burning ferocity. Imagine Shellac or Uzeda if they were raised in the South — mutant riffs with a BMX heart… that kid with a rat tail telling you to melt your GI Joes… the kind of jams that make you want to pump your fists. This a power trio at its most powerful, the kind that goes big or goes home, and superlative in a crowded lineup that is likewise. —Syd Bishop

Asm A Tik
The Cure Lounge  |  Sunday  | 3:50 p.m.
The music of Asm A Tik feels like it was lifted wholly from some otherworldly plane of existence, an acid trip nightmare of prog-rock radness, filtered through later-era Black Flag. It’s hard to always put a finger on what’s going on, and you rarely, if ever, know where you’re going next, but such is their purview, exploring those weird niches that you didn’t know you wanted or needed. Asm A Tik are razor sharp and change on a dime, like the children of Magma or King Crimson raised exclusively on Fugazi or the more restless moments of The Shipping News. There’s a coiled tension, a psychotic break from reality that reveals the unexpected.—Syd Bishop