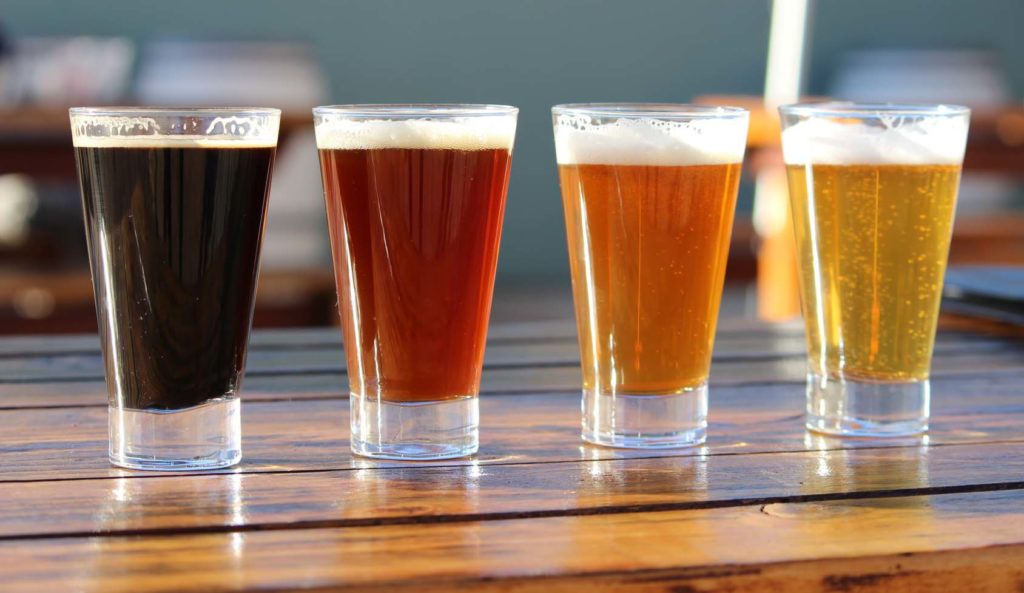 Kentucky had just five licensed breweries in 2009. Now it has 53, including 17 in Louisville, with another set to open.

Brewers, including Ken Mattingly, brewer and co-owner of the Old Louisville Brewery, know that in any market flooded with competition, the secret to success is staying interesting. And that can mean taking risks and experimenting, including strange brews with such combinations as maple, bacon, doughnut — and even oysters.

Would the introduction of vegetables such as cucumber create that special quaff? Or spectacular failure?

“There is always going to be a race to be the one to do something different,” Mattingly said. “The key will always be to do it well. Crazy beers that taste like mule piss aren’t going to cut it.”

So we asked a handful of local brewers to look out on the beerizon to tell us what trends they see for the coming year. The list of brewers is non-exhaustive but should give you a sense of how they are working for that delicate balance between new, old and just too odd.

3rd Turn Brewing
3rdturnbrewing.com
3rd Turn continues to dazzle with such beers as the Fruited Swooly, a Kölsch style beer that balances fruited notes with jalapeños. And, then, there are any of its adventurous stouts. Sour beers are a popular variety that 3rd Turn wants to continue to explore. A downside is that sour beers can contaminate your equipment, so they have to be made apart from other brews, but head brewer Ben Shinkle said it’s worth it.

While keeping a balance of new and traditional brews in rotation, Shinkle is keen to keep experimenting. “Being as small as we are, we have to be very deliberate in our choices,” he said. “With the opening of a second location we will have a little more room to experiment at the size we are.”

Cumberland Brewing co.
cumberlandbrewing.com
Head brewer Cameron Finnis sees sours and bretted ales trending. “They are approachable to a segment of beer drinkers that were never into craft beer. It’s bringing new people into the fold with their drinkability,” he said. “We wouldn’t just chase a trend to be part of a trend. The innovation is great, especially the stereotypical American beer and it was nothing exciting, but now it’s the best place to be,” he said. “We’re the melting pot of the world, and we’re not beholden to these preexisting traditions. I think it’s great for the industry.”

Donum Dei Brewery
donumdeibrewery.com
Donum Dei is in a strip mall in New Albany. When pressed for innovation, brewer/owner Rick Otey said, “I think maybe we should not be as tethered to styles, and let brewers use their creativity and imagination. Styles are just loose guidelines to give the consumers an idea of what to expect.”

Falls City Brewing Co.
fallscitybeer.com
General Manager Drew Johnson sees sour beers as taking up an increasing part of the consumers’ interest, with gose and wild ales capturing the imagination of craft beer enthusiasts regionally. Still, he said, “They will never usurp IPA as the best-selling beer category. I see that breweries will continue to build on the IPA category to give the craft beer drinker a new spin on an old favorite.”

Goodwood Brewing Company
goodwood.beer
The name Goodwood reflects the brewers’ imperative to make beers colored by the wooden barrels that they are aged in.

Master Brewer Joel Hableib said lighter ABV styles are growing in popularity. “At Goodwood, we have quickly watched our Louisville Lager, and now gose, take over as our best sellers.”

“As the marketplace gets filled with smaller brewers, quality will be much more important. Brewers that produce poor quality beer will not last long. There will be a saturation point starting with the regional-sized craft brewers and working its way down to the smaller breweries.”

“It’s hard to predict trends. I don’t think that the first brewers of the Northeast style anticipated that trend, but it’s hard to know what connects with consumers,” said brewer Scott Shreffler. “You have to have a balance between classic recognizable styles, but you want to push and innovate. At the end of the day, we have to be fans of the style, or some of us have to be fans of the style, in order to brew it. If there was a style that was really hot, but none of us liked it, we wouldn’t brew it.”

Monnik Beer Co.
monnikbeer.com
Monnik is the second brewery for owner Brian Holton, who also runs the Beer Engine in Danville. The Louisville brewery specializes in spiced saisons and unique, flavored dark beers, such as Molé Materials, a stout with molé in the mix.

For Holton, brewing is about having fun.  “We make what we like,” he said. “It’s like being in a band. You play the music you wanna play.”

Still, Holton knows to keep one eye on the future, and he has experiments currently underway on barrel-aged sour beers. “Sour and bretted beer are going to see significant growth in the market as more and more people become acquainted with them. What was old (in Europe) is new (in America).”

New Albanian Brewing Company
newalbanian.com
According to Amy Price of the New Albanian Brewing Company, IPAs and barrel-aged beers are the hottest commodity at the moment. Looking forward, she sees the market moving toward older styles such as Hefeweisens and gose style beers. “I’ve seen the trend, not only toward more sessions, but I see a trend away from hoppy stuff, I see a lot of people looking to ease up on that.”

“The push for new beers to come out all the time, is a big push to the industry,” she said, adding, “I have not seen our brewers take much interest in doing the sour type of beers. We don’t have the equipment for that, so that’s not really an option. We’re taking old styles and putting new twists on them.”

In some ways, he looks back to look forward. “Every year there seems to be an unknown or lost style that gets unearthed and takes the beer world by storm. I expect more and more brewers to continue to push the envelope and combine flavors and aromas that used to be verboten when thinking of beer.”