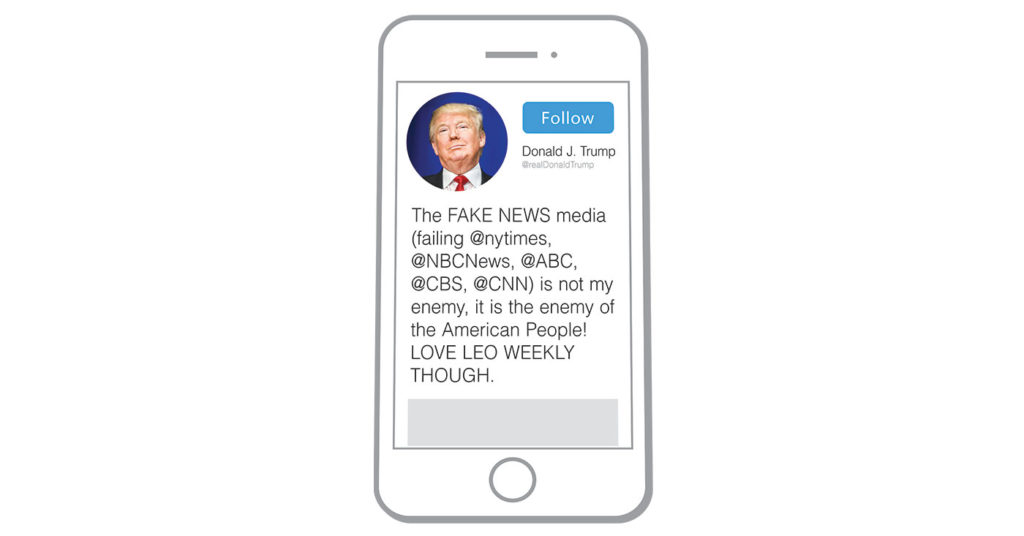 There I stood, hunched over a fax machine in the back room of a warehouse in Jeffersontown in 2000. This press release needed sending to every newspaper in the Commonwealth before their printing deadlines!

And there are more newspapers in Kentucky than you know. (While this was a year 2000 campaign, that fax machine may have been used by Mitch McConnell to beat Harvey Sloan in 1990.)

Sometimes I laugh about this massive time suck, a memory from serving as political director and de facto press secretary for the Bush/Cheney presidential campaign in Kentucky in 2000. Sometimes I cry, because in subsequent campaigns we just emailed releases with the click of a mouse.

(I’ll pause here for the younger readers to Google “fax machine” and read the Wikipedia entry.)

Lost in the memories of all that button pushing, though, is why it was so important to get our message to the newspapers, large and small. Back in those days, if the news media didn’t carry your statement, your campaign didn’t have much of a way to get it to the voters outside of television and radio ads.

This relationship between campaigns and news outlets existed for decades, and it remained the same for politicians who won and then had to deliver messages from their official office. No matter where they went, they faced a news-media filter that would determine how and when the voting public saw their arguments.

These days, this relationship is shattered.

Politicians — at least the Republicans — no longer fully rely on media outlets to deliver their message. They can go straight to the voters through social media at any time of day, the old newspaper deadlines be damned. Second, the media is in the crapper when it comes to the public trusting what they report, diminishing their utility.

Why use them if people don’t believe them?

These conditions have created a tension beyond what has normally existed between politicians and the news outlets responsible for covering them. Sure, politicians (especially presidents) have always strongly disliked their assigned reporters, but it has never been like this before.

There is an open war between politicians and media, and a strong argument could be made that the politicians — to the delight of conservatives who have long detected institutionalized liberal bias among reporters — are winning.

Consider the following polling data from the Pew Research Center — 85 percent of Republicans are soured on the national news media, and 46 percent of Democrats don’t like it, either (versus 44 percent who do, meaning the media is underwater with both parties). James Freeman, writing for The Wall Street Journal, asked the question the other day: “Have Consumers Decided Most News Is Fake News?”

Enter Donald Trump, the president of the United States, and Matt Bevin, his herald, the governor of the Commonwealth of Kentucky, who won the year before Trump. Both employ media strategies on the forefront of this war — and both are succeeding.

Gov. Bevin’s war with The Louisville Courier-Journal (for which I write an opinion column once-every-three-weeks) has largely worked to his benefit. For any Republican who was unsure of Bevin when he took on Kentucky’s political establishment in 2015 and won, his feuding with The Courier-Journal is a consistent validator that he is one of us. If you attended a GOP Lincoln Day Dinner in Kentucky anytime in the last 25 years, you undoubtedly heard people talking about “what can be done about The Courier-Journal,” viewed for years as the bane of Republican existence. Bevin has finally answered the question — ignore and go around them.

Tack on Bevin’s aggressive use of Twitter and Facebook to talk to his supporters and their networks, and you have a Republican politician who will be remembered as an early adopter of an offensive strategy designed to jujitsu the media into something useful, as opposed to what it usually is for Republicans — something between a nuisance and a bought-and-paid-for bullhorn for the local Democratic Party.

Aiding Bevin is that his enemy has dwindling troops. The Frankfort press corps was once robust in people and resources; these days, media outlets invest in fewer reporters, making them outgunned against a relentless governor and his staff.

Part of Bevin’s strategy is to simply ignore outlets and reporters he considers hostile. In his view, dealing with them never yields a better outcome so why bother? This is a ruthlessly efficient assessment, one that a businessman would make before a politician. We can debate the ethics of it but not the logic.

The snubbed reporters (I use that term loosely for some of the most vociferous whiners) have taken to social media to complain about being ignored, which delights Bevin and his supporters. Bevin has decided he’s not going to take abuse from what he sees as snarky, arrogant bullies, and his people love it.

The media outlets feuding with Bevin are, for the first time in their existence, also fighting to be the most relevant information delivery devices for Kentucky’s information consumers. Bevin has realized he doesn’t need them to achieve his policy objectives and win reelection. I am not sure the media organizations have yet come to this realization.

Today’s information consumers demand a conversation with elected officials, a big reason social media has become a preferred medium for politicians (see: Bevin’s Facebook Live events). We live in a two-way communications world now, but traditional media remains one way. They tell you stuff, but people don’t think they listen.

Trump is swimming in a much bigger pond.

The media outlets with which he quarrels are better resourced than Bevin’s, and they are not so easily ignored or vanquished. They have traditions of access far beyond what the Frankfort press corps had, although some of them (i.e. White House press briefings) are crumbling.

What Trump has, and what Bevin (and all politicians) wants, is a social media following that goes far beyond people who like politics. Trump’s use of the social media army collected through years of being a reality television star makes it a certainty that more celebrities will run for president. People are already pining for Dwayne “The Rock” Johnson, star of squared circles and silver screens, to run in 2020 (Twitter following @The Rock: 11.5 million). Musician Kid Rock made news last week teasing a possible run for the U.S. Senate in Michigan.

We live in an era where potential candidates will be judged by what they offer in popular culture appeal as much as their views on taxes and national security. This development will lead to more inexperienced elected officials, which has its pros and cons.

Trump is betting that his ability to speak directly to his base is a better use of time than courting a news media he views as hellbent on destroying his presidency. Same as Bevin with The Courier-Journal, Trump has decided there is no use in wasting time convincing The Washington Post and The New York Times that he is a good guy who deserves the benefit of the doubt. So he bypasses them through social media and the conservative Fox News channel, a Trump asset without a Kentucky-level analogue (I’ll bet you dollars to doughnuts, though, that Trump pays more attention to the intrepid Maggie Haberman at The New York Times than does Bevin to Tom Loftus at The Courier-Journal).

Time will tell if the news media can win its battle against Bevin and Trump, or with a free market that gives people more direct access to information than they’ve ever had. And for the two chief executives, they will get their report cards soon enough. Bevin looks to be in solid shape for reelection in 2019, while Trump has work to do on a dropping job approval (although Republicans are hanging in there with him, according to the latest polling). While the national news media has degraded Trump’s standing with relentless coverage of the Russia issue, Kentucky’s media outlets haven’t yet landed a glove on Bevin.

Media organizations must accept they are in a two-front war and regain trust among consumers. Bevin and Trump have written a template for other Republicans to follow at multiple levels. Expect their strategies to be replicated in future campaigns and administrations, especially if trust in the news media continues to dwindle.

Oh, why don’t Democrats do this, you ask? They can’t. They depend on the traditional news media to do their dirty work, trashing their Republican counterparts. Turning on the press now — treating them the way Republicans do — would be like cutting off your nose to spite your face. Whether they like it or not, Democrats are owned lock, stock, and barrel by a news media that fewer and fewer people trust with each passing day. •

Scott Jennings can be reached at [email protected] He is a former advisor to President George W. Bush and Senate Majority Leader Mitch McConnell. He is cofounder of RunSwitch Public Relations. He is on twitter @scottjenningsky