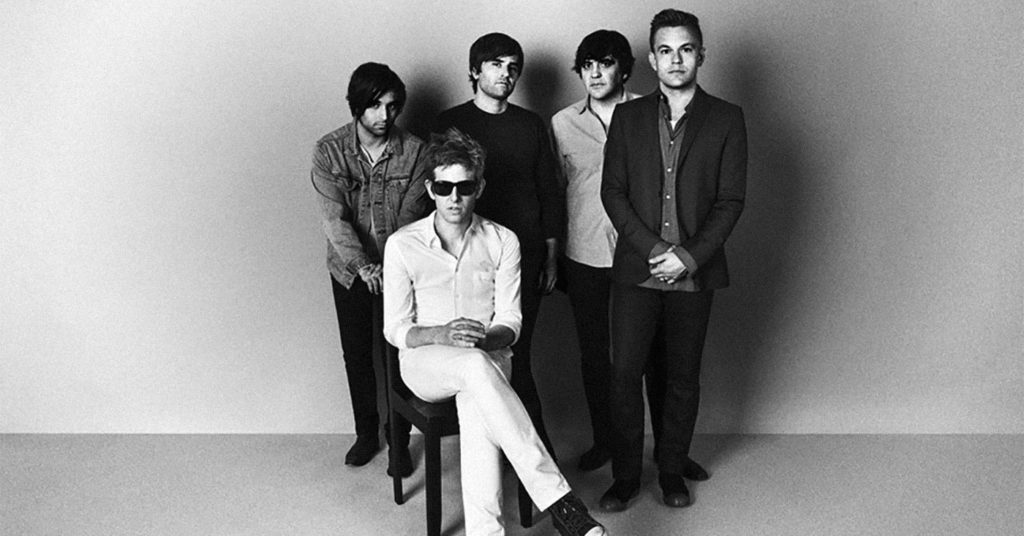 Earlier this year, the Austin-born experimental pop-rock ensemble Spoon re-emerged with Hot Thoughts, a fun and futuristic LP. Of late, they have become busy promoting that release at home and abroad. In preparation for their upcoming performance at Forecastle, we caught up with the band’s multi-instrumentalist (and newest member) Alex Fischel.

LEO: You mentioned that the Beatles and Creedence Clearwater Revival were among your early musical influences. Where do those kind of classic sensibilities fit in when you are playing with Spoon?
Alex Fischel: Spoon has always been about embracing the experimentalism that the Beatles pursued on their later albums. It’s safe to say that we are still very much informed and inspired by the kind of stuff they came up with once they started using the studio as a tool. Fortunately, for us, the technology is in place now for a band to be able to reconstruct those creative moments in a live setting.

After first collaborating with Britt [Daniel] in the Divine Fits, was it difficult to extend that working relationship to Spoon — a band that was already 20 or so years old when you signed on?
No, it wasn’t difficult, because they were all really good to me. But I did have to come in and figure out what exactly I could add to what they were already doing, and how to let my voice be heard without getting in someone else’s way.

Hot Thoughts feels like a fully-realized vision. How did the process of making of this record unfold?
Britt and I actually started working on it together at his house in Austin, while the South by Southwest festival was taking place. The first thing we came up with was ‘I Ain’t The One.’ It was kind of an acoustic guitar song, initially, until we took it in a totally different direction musically. And that sort of set the tone for everything that followed.

Speaking of acoustic guitar, we’re told that this is the first Spoon album without any. Was that a purposeful decision?
Well, we never actually defined it as our approach, but there was already a feeling that Spoon had done that kind of thing enough.

This won’t be your first visit to Kentucky. Is there anything that you are looking forward to doing — or drinking — while you are in the area?
It’s funny you mention drinks. We were invited to be celebrity bartenders the last time we played Forecastle. But when we showed up for our shift, they wouldn’t actually let us pour any liquor. So, we only got to pretend to be barkeeps for a day.

Besides not being able to count on you for libations, what can we expect from your allotted time at Forecastle?
It will definitely be a good old time, with a nice mix of material from all your favorite Spoon albums! •

Spoon plays Forecastle this Sunday, July 16, at 8 p.m. on the Boom Stage.