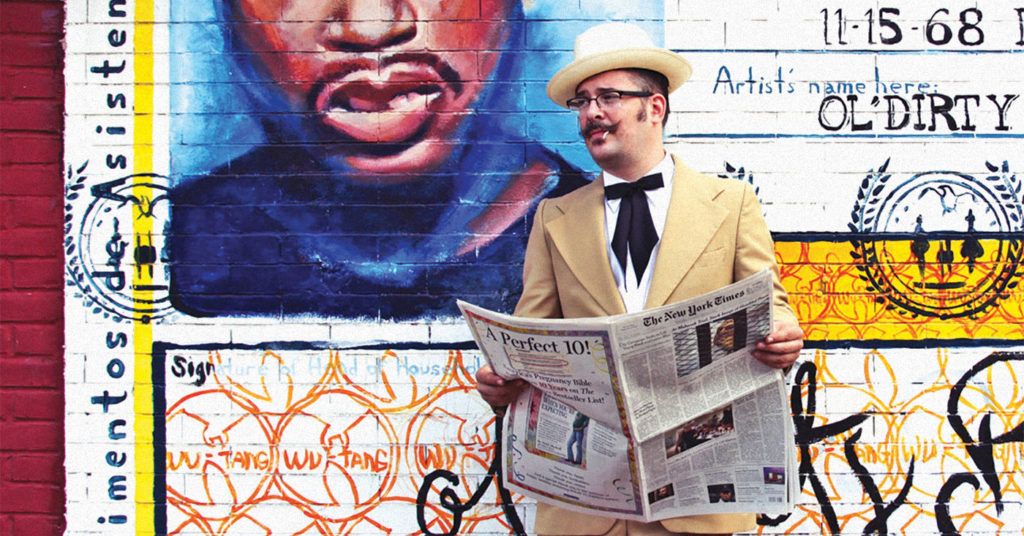 Torbitt Schwartz, aka Little Shalimar, is one of the producers behind the curtain for Run the Jewels, the hip-hop super duo featuring El-P and Killer Mike, who play this weekend at Forecastle. A Louisville expatriate, Schwartz and his brother relocated to Brooklyn, meeting El while performing in their band Chin Chin. They hit it off and have continued to collaborate since, including on all three Run the Jewel albums.

On his early years in music.
Little Shalimar: I didn’t start playing music until my last year of high school. I moved back to Louisville in the early ‘90s. I went to these shows, because I wanted to hang out with girls. I can’t believe that I was shining on that. I had a brief stint as a musician in Louisville playing in Maven R. Johnson [with Jaleel Bunton of TV on the Radio]. In that time, there was this deep, indie value system that if you did anything for anything other than full artistic fulfillment, that it was complete bullshit. If you had any careerist ambitions, you were bullshit.

On the stand-out moments of working with Run the Jewels.
I can kind of hear, immediately, where I was and what I was doing. Most of that stuff was written in a very improvisational nature. On the RTJ2 [song] “All Due Respect” there is a really weird synthy sound that comes out in and out of that record. That was at the studio [where] we used to go make these things. We showed up this one time, and there was these frogs. I don’t know if it was mating season, and they were making these crazy sounds. So, one of us had the bright idea to record that.

On the future.
I hope the future doesn’t just look like hoverboards. I need something better than that. My immediate future looks super busy. I’m working a ton, and trying to be daddy as much as I can, but all the versions of that, which means stacking up for my son, but also being there and being part of his life. It’s a handful. It’s an intense juggling act.•

Run the Jewel plays Forecastle on Friday, July 16 at 9 p.m. on the Boom Stage.