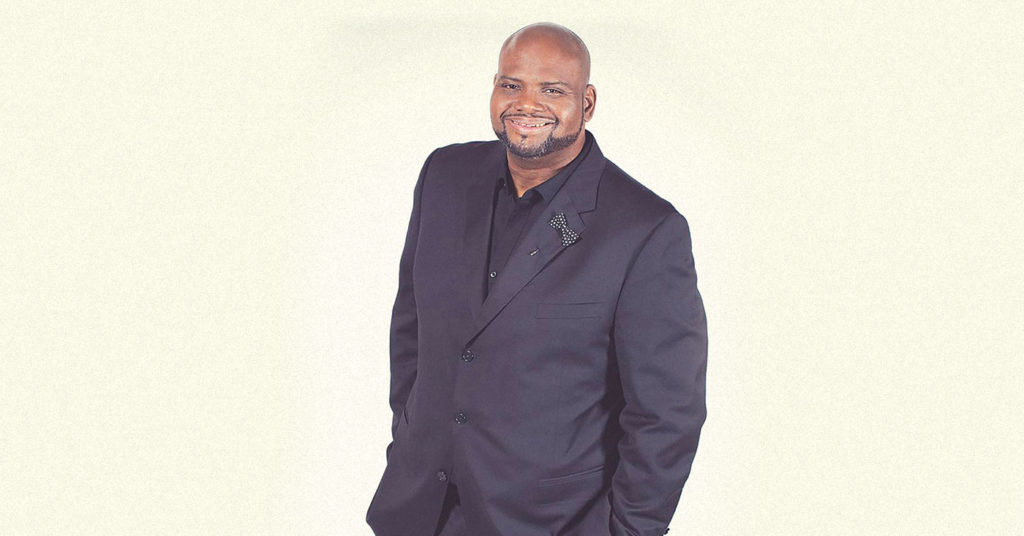 Comedian Drew Thomas tends to deconstruct inherent juxtapositions that exist in everyday life. The male experience versus the female experience. The differences between white people and black people. Or “Evil Drew” versus “Good Drew.” He has been seen on NBC’s “Last Comic Standing” and Fox’s “Laughs.” Thomas returns to Louisville this weekend. He took some time to call in from the road and talk about his career, living in the South, and more.

LEO: When did you realize stand-up comedy was an actual career?
Drew Thomas: Probably through Eddie Murphy. That was my first connection to something that I might want to do for a living. But as a kid you think: That would be cool. But then it goes on the back-burner. It was in the back of my mind, but it was something I never really thought about until later.

So what made you finally try it?
Later on in life, I was working at a car dealership. And the comic thing kept coming up. School, college, work, the dealership — people always said, ‘You’re the funniest dude I’ve ever heard.’ It was like I was taking a petition in life, collecting signatures or something. And when enough people signed off on it, I was going to do it. And finally I thought I had to try it, or I would die an angry, old man if I never took the chance …

I hear a lot of comedians talk about anxiety issues. Why is that so common?

Right? The fact that you do comedy in the first place means something is wrong with you. Who wants to stand on a stage, with a light on you, trying to make strangers laugh?

What was the biggest adjustment from living in New York City and then moving to Georgia?
Georgia is the South. It comes with everything that goes with living in the South. Hatred, racism, prejudice. I went there just as I started college, and that’s when you really notice school is a melting pot. People don’t just come from Atlanta, which is a major city. If you drive 30 or 40 minutes in any direction, it gets rural quick. Macon was like an hour from Atlanta, even. We had people from all over Georgia, Florida and the rest of the South. And that’s when you start to see how people think. They think you’re a black person and don’t belong here. Or you shouldn’t go to school with them. And I’m like: ‘Motherfucker, I took the SAT just like you did.’ And being from New York, I didn’t have any patience for that, because I didn’t grow up in the South. I didn’t experience that every day. The mentality of even black people who grew up down there accepting it as the norm. Like: This is how it’s supposed to be. I’m coming from New York, being like: No, it’s not.

Having had that experience were you surprised that Donald Trump won the election?
No, I was not. Nothing in this country surprises me anymore. It’s a chauvinistic country. This election proved that we would put someone completely unqualified in office, just so we don’t have to have a woman there. That’s what it came down to, that and a little help from the Russians. And look, I have a few political jokes, but I don’t really do politics onstage. Because you’ll find out if you’re in a red state or a blue state real quick when you start diving into politics. •