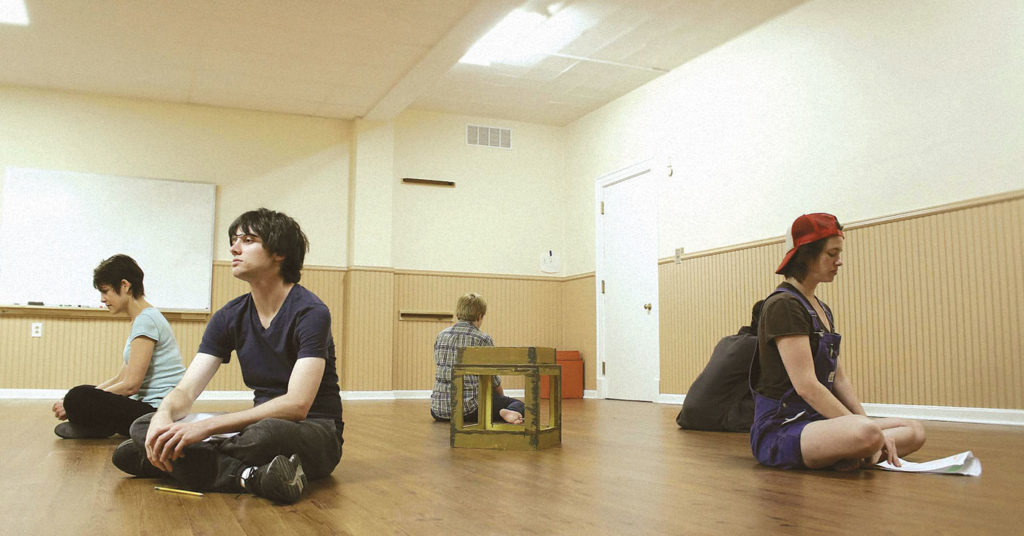 In celebration of 15 years of creating theatrical experiences that center and lift up the voices of women and nonbinary individuals, Looking for Lilith Theatre Company brings you UNHEARD [outloud]. From July 13 through July 23, the Clifton Center will house various plays, staged readings and workshops that explore topics of intersectionality, identity and social justice – including a brand new, original piece, “Defining Infinity,” which features a scene inspired by my story in a recent issue of Modern Louisville. Trina Fischer, cofounder of Looking for Lilith, took a moment away from getting everything ready to discuss the festival.

Modern Louisville: How did Looking for Lilith Theatre Company come about?

Trina Fischer: Shannon Woolley Allison, whom we consider the main founding mother, had this experience in college where she got to work on creating a devised piece called ‘Vietnam 1968,’ all based on women’s experiences during the Vietnam War, and she loved it. It really stuck with her. After college, she went with some of her friends and started a company in Denver. They were all talented and hardworking folks that all happened to be, not by plan but by circumstance, men — except her. Not on purpose but a lot of the plays they were choosing, she ended up playing the secretary, the whore, the bitch. And she thought, ‘This doesn’t really feel right.’ She kept thinking about that experience with ‘Vietnam 1968,’ and she called me and said, ‘Trina, do you want to start a theatre company where this is what we do? We create original work based on women’s experiences, women’s history, women’s perspective.’ And I said, ‘Sure!’

What is the mission of LFL? Has it changed over the years?

Of course, when we started, the goal was to tell stories from a woman’s perspective. But we’ve realized as we’ve grown that really our focus is on lifting up unheard voices in general. From a third- maybe even fourth-wave feminism perspective in that intersectionality is very important, and the oppressions that we’re feeling as women are also being felt by many other marginalized groups, whether or not they identify as women. Basically, we’re wanting to lift up all those voices. It doesn’t mean that the more-heard voices are cut out — they’re just not given primacy. We might have a man that comes from a place of privilege or power in the show, and we’re not going to demonize that. They’ll be there and we want to represent them with their truth, but again the focus stays on those marginalized groups that are not heard enough.

What was the first production ever put on by LFL?

Our first play was called ‘Crossing Mountains,’ and it’s actually the festival opener. We began work on it in 2000 and then incorporated the company right as we mounted production in November of 2001.

So the festival is a celebration of your 15th anniversary. What does a typical year look like?

Normally, what we do is we produce a show in the fall, a show in the winter and a show in the spring. Then, in the summer, we focus on drama camp. We also do community outreach throughout the year. Included in that is an after-school drama program and I think we are in 11 schools right now.

What are some of the workshops you are excited about that will be happening at UNHEARD [outloud]?

I’m really excited for the racial justice workshop that will be co-led by Louisville Showing Up for Racial Justice [LSURJ]. That’s part of our racial justice initiative for which we received a grant from Alternate ROOTS. We’ve always recognized the importance of intersectionality, but we decided we needed to do some internal work to examine our unrecognized biases in the company. Then we’re producing ‘Carefully Taught’ in the fall as the second phase of that initiative. Another workshop I’m excited for is ‘Historias de Inmigrantes Latinas.’ For three years, LFL has partnered with the Latina Women’s Group of Eastern Area Community Ministries, developing scenes based on participants’ experiences as Latina immigrant women. The group will share a reading of the play they have created and offer a glimpse into their process. I’m excited for that because that’s all in Spanish and I’m hoping different Spanish-speaking people will come and be a part of that workshop.

What else are you excited about for the festival?

I’m excited for all of it of course. But I’m very excited for ‘Defining Infinity’ as the devising director. As you know, some of it is based on your article from Modern Louisville: ‘The Fluidity of Definition.’ I peeked into rehearsal the other day, and I was tearing up. It’s really good. It’s our newest original piece. So if you come you can see our very first original production, ‘Crossing Mountains,’ and our most recent one, ‘Defining Infinity.’

‘Look Me in the Eye’ tackles the subject of consent, which is a topic we’ve wanted to take on as a company, but the project we started never got completely off the ground. They’re using a satirical perspective. And I always think if you don’t get to laugh once in a while your solar plexus starts to shut down. So that’s something we’ve always tried to include since the beginning of Looking for Lilith. We always want to end with hope because as a social justice organization, you want to be able to point to the successes. We want to be able to give the people leaving the show something to talk about. •

You can purchase tickets for UNHEARD [outloud] at lookingforlilith.org/unheardoutloud