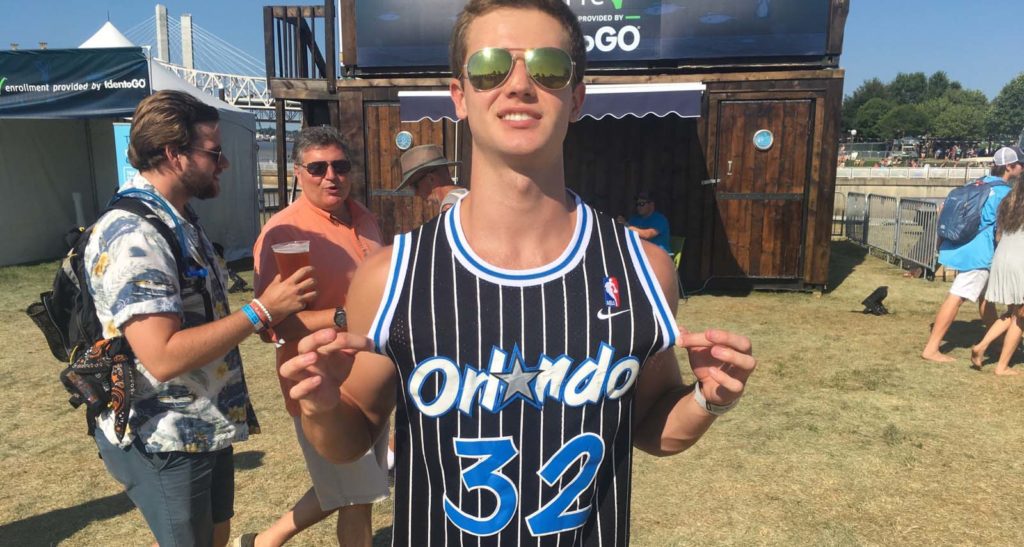 The annual Forecastle Music Festival carries a lot of fashion statements, but my personal favorite is the basketball jerseys — respect paid to former and current greats. I always wondered, though — is it a look, comfort or real fandom? He are a few of my favorites from 2017.

“I just respect it, the whole thing with Tim Duncan, the backboard game. Plus it looks cool.” Wise said. “Plus, I wanted something different, old-school. The retro style.”

“He’s been one of my favorite players, growing up, and I think it’s cool he’s still in the league, even though how old he is.” He’s had it for two years. Wise got the Toronto jersey because, “He was the best with the Raptors.”

Will “Don’t worry about [my last name]”

“I just like Shaq. He’s a big man, he dominated in the paint.” Why the Magic version of Shaq? “It just has the cool stripes on it.”

Hall: “Both jerseys are mine. For parties, something to wear.”

Gross: “He doesn’t appreciate the history behind it.”

“I asked my friend if I could borrow a jersey, so he dropped it off. I wore it today because I though the USA jersey was pretty cool.” Has he seen Drexler play before? “Past basketball games and 30-for-30s — it’s pretty cool.”

with the Suns Jason Kidd jersey

“I wanted something that wasn’t going to make me burn up.” Chelsea added that while she watched Kidd play growing up, it was “her brother’s old jersey” and he can’t fit in it anymore.

“I’ve been a big fan of UCLA my whole life. And Kareem, him being the best player of all time, I just had to get it. And at Forecastle, I had to show it off. I mean, you never see Kareem jerseys.”