Here we go, my son. Feels like just five minutes ago we were taking the piss out of the mayor for claiming, correctly as it turned out, that Louisville has lost out on convention business. But here we are, conventions are coming back to Possibility City!

Fuck my luck. All right, since I suppose I have to indulge you — what are you talking about?

The Operation Save America (formerly Operation Rescue) convention is coming to town! Not a Scooby who they are, or what they’re convening about, but still, good to have them here spending their hard-earnt rescue dosh on what this fine town has to offer.

You bell-end. It’s not a convention in the “Salesrep-slipping-off-a-wedding-ring-and-getting-shitfaced-on-the-company-brass” sense of the word. It’s an anti-abortion convention, here in the hope that its Neanderthal constituency can condemn people they don’t know anything about and make Kentucky another third-world state without a facility where a pregnancy can be terminated.

Oh. That’s not quite so good or quite so much fun, is it? (Although, in a way, it is kinda fun: feels as if there hasn’t been a zombie walk in Louisville for at least a month.) Still, if what turns you on is hectoring people whilst they’re at their most vulnerable, well, that’s what turns you on, I suppose. Think they’ll get a warm welcome?

I work right next to the clinic and, sadly, plenty of people come in from our less-enlightened communities to share their Bible-thumping hatred. But I do suppose that seeing these people, the worst kind of scum, often brings out the best in everyone else. It also serves as a useful reminder about how much more sophisticated other countries are about the issue.

Indeed. A post-political subject in Europe, because Europe is post-religious. Europeans do things like provide financial support to new mothers, encourage the use of birth control, make it easier and cheaper to find childcare… crazy shit like that. Anti-abortionists here aren’t pro-life: They’re much more interested in shaming and stoning women than they are about preventing abortion.

The irony being that if you count miscarriages as both terminated pregnancies and acts of God — which they all must do — then God is the greatest abortionist of all time. I saw that Jennifer Lawrence was in town to support Planned Parenthood, too. I’m conflicted about that one. I mean, anyone who knows me knows that I don’t exactly rate her next to Dame Judi. But — damn it — good on her for that. At least she’s using her celebrity for all the right reasons.

She’d probably be the first to admit she isn’t Streep, but what she gets asked to do she does perfectly well. I will hear no further hate on Lawrence.

Streep? You mean the impressionist? Talk about overrated, mate. Honestly, I just have to shake my head at what Hollywood considers acting competence. You just have to be good-looking, have a good memory and be blessed with the appropriate come-hither personality when directors and producers are on the prowl.

Enough. Hating Lawrence and Streep is completely irrational. If you have to hate someone, hate Bevin, who does nothing but encourage superstitious peasants. Speaking of whom, did you see the inside of his house?

Not quite “bags y nae class,” as your old Pot and Pan would say, but not far off. Still, looks in pretty good nick. If he hadn’t handpicked the mob that was going to decide on his tax bill himself, he’d be up Shit Creek without a sackcloth life jacket.

Agreed. Not my taste — I mean, nobody with any real class aspires to live in a house like that. But not horrific, and worth a good deal more than he paid for it, obviously. He will get away with it, though, because jobs for the boys is very much still a real thing in this part of the world and with the kind of national government we have right now.

Yup. My bet is that his mates whose jobs rely on his largesse will come to a compromise, add maybe a hundred grand onto its taxable value, look like they’ve been objective by applying some form of tortured legal logic, and he walks away from it. Pity, it had good corruption potential.

I’m not despondent. Typically, people who get away with corruption once just keep going. There’ll be more where this came from.

Indeed. Besides, I heard you were heading out of town again. Not permanently, otherwise there would be much rejoicing. Where are you off to?

England, old bean, and Italy. Afternoon tea and chianti all round. Skipping a week of meeting up with you.

Lifestyles of the landed gentry and the noblesse oblige, eh?

I’ll give it a bash. And maybe someone will do me a favour and do the same to you while you’re away. 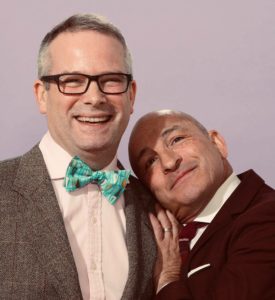