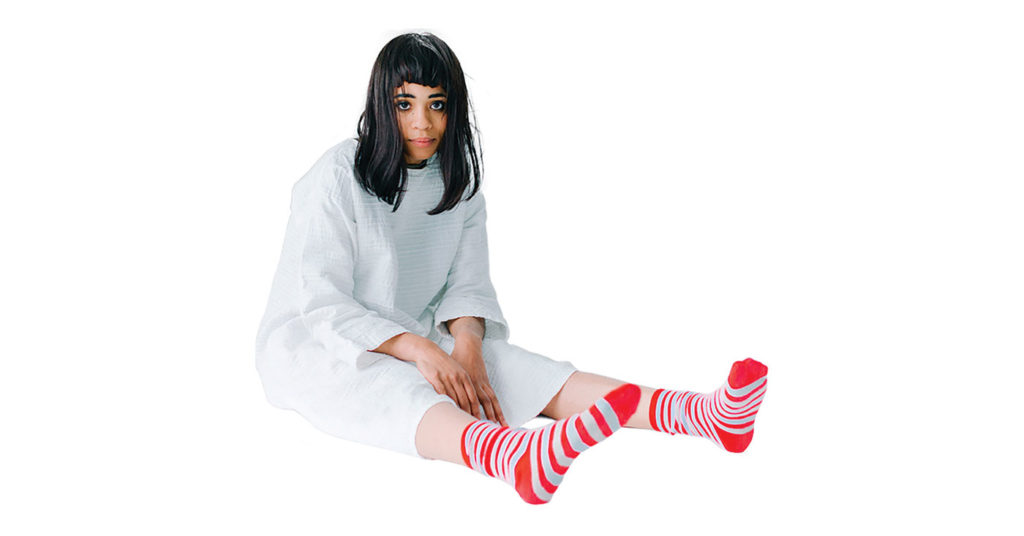 Adia Victoria recently took a dynamic turn. From her grimy, Delta blues-saturated debut album, Beyond The Bloodhounds, to her latest EP covering classic French pop songs, How It Feels, the 30-year-old South Carolina native, Nashville transplant has moved on without abandoning her roots.

Forecastle will be her second Louisville appearance, after an electric performance at the Clifton Center for WFPK’s renowned Winter Wednesday series. On that night, she was already playing the beloved Gibson SG she calls “Raygene” — named after a little girl she knew from her Southern upbringing.

Victoria (who goes by her middle and last name) could be the softest voice in blues, but her range is married to the maneuvering guitar moans and hard chords that Raygene produces. The guitar steps back on How It Feels, however, to make way for keyboard accents and the luscious candor of Victoria’s studies and personal growth with the French language.

“I don’t make music from one place, and I don’t make music of one sound,” she said. “[How It Feels] is just as much a part of me as the first album was. It’s like when a line of food comes out with a new brand: ‘New look, same great taste!’”

French is near and dear to Victoria — it was her major in college and landed her an opportunity to study in Paris over a summer. Last year, she returned to the city to perform these songs for French audiences for the first time.

“It was nerve-racking, because I was thinking of all my conjugations and thinking about my pronunciation [laughs],” she said. “It was a transformative experience for me. It was kind of this leap from being in France as a teenager and college student, who really mostly was quiet and listened to develop my ear. And then, to come back as a musician with a stage and a platform, and my job there was to sing, was to speak. It was like me introducing myself in a way to my French audiences — this is who I am.”

Victoria offers an original tune on the EP’s closing track, “You Know How It Feels,” in which she sounds the most comfortable and fluid with the language.

“The song is basically about looking for isolation, missing loneliness,” she said. “Being by yourself and that chance for a person to talk to themselves, and notice the world around them without being distracted by another person, or social media, or whatever. The hook is: ‘You, you know how it feels, leave me alone.’” •

Adia Victoria plays Forecastle on Sunday, July 16 at 6:30 p.m. on the Port Stage.