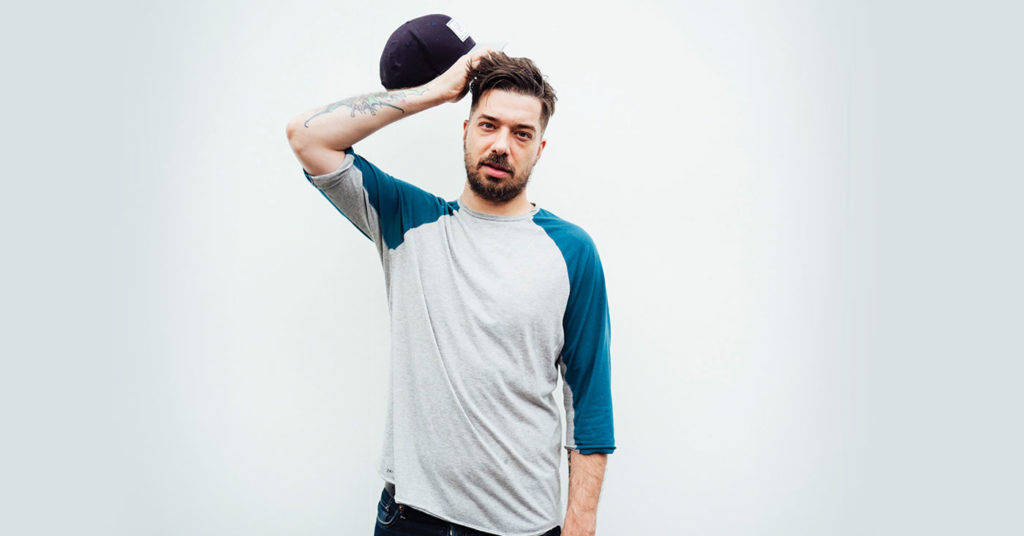 As Aesop Rock continues to tour on 2016’s The Impossible Kid, he realizes that as a rapper who is now past 40, he doesn’t have much company in pursuing his goal to stay relevant.

“I have very few role models in rap that are still not only going, but really trying to push what they’ve done somewhere new,” said Aseop, aka Ian Bavitz. “It’s actually pretty disheartening. Sure — you could name me a handful of older rappers that still do it — fine. But there’s no real precedent for continued progress to be the norm. People hang it up, or fall off, or just get involved in other endeavors. It’s also difficult to pop my head up and attempt to compete for promo space with the newest 20 year old who is out there killing it. It’s much harder to say ‘Hey, I’m still here’ no matter what the product sounds like.”

What might work in Aesop’s favor is he is still a fairly fresh face, at least when it comes to the hip-hop mainstream. He didn’t just burst onto the scene with a major label deal and an initial breakout hit or two. Instead, Aesop spent much of his career in indie/underground rap circles.

A graduate of Boston University, he self-released a full-length album and EP before getting signed by Mush Records and releasing his full-fledged debut, Float, in 2000. He then signed to El-P’s Def Jux label, releasing five full-length albums — the last of which, 2007’s None Shall Pass, debuted at No. 50 on Billboard magazine’s all-genre Top 200 album chart. By that time, Aesop had begun to emerge from the underground scene and was making his presence felt in the mainstream hip-hop/rap world. His deal with Def Jux ended when the label was put on hiatus in 2010.

Aesop then surfaced on the Rhymesayers label in 2011, collaborating with producer/rapper and former Def Jux labelmate Rob Sonic in the group Hail Mary Mallon before his next solo album, Skelethon, arrived a year later. That album debuted and No. 21 on the Top 200 album chart and No. 1 on Billboard’s Independent Albums chart and found Aesop gaining more of a mainstream music audience.

The reality of reaching age 40 was a major source for inspiration for The Impossible Kid, as Aesop examines his life, looking back all the way to his childhood as he attempts to figure out who he is as a person and how he got to where he now. Some of the lyrics are fairly straightforward, a surprise considering Aesop has had long-running reputation for being cryptic in his lyrics.

“That’s pretty much what The Impossible Kid is largely about, just kinda staring at 40 and thinking OK, what now?” he said. “It’s a lot of reflective songs, and some are even an attempt to regather and not let old baggage hold me back. I do have this desire as of late to diversify and really attempt to get involved in as much as possible. My skill set is so niche, that it starts getting a little scary at my age. I don’t know what I want it to be. I just want to learn to be happy.” •

Aesop Rock performs at Mercury Ballroom on Saturday, July 15 as a part of the official Forecastle after-party.