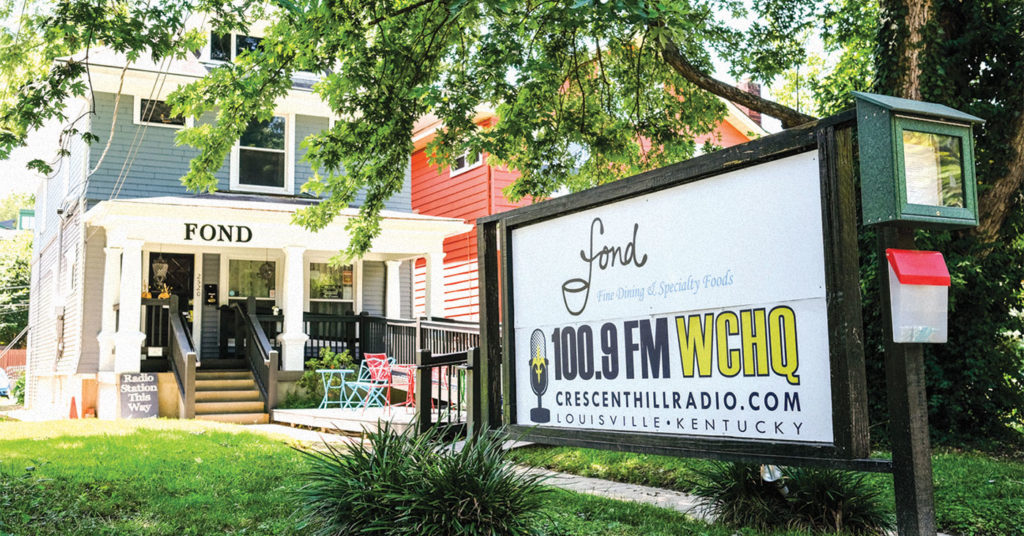 When Crescent Hill Radio, a nonprofit community station that plays nothing but regional music, passed the 20,000 song mark in its library, it was a validation for Kathy Weisbach, station founder, president and general manager, and Gary Sampson, vice president and program director.

“We’re not only playing the music, but we’re protecting it. We’ve created an archive,” Sampson explained. “You would be surprised how many artists have lost their music in their lifetime.”

Since March 2010, the station has served as a beacon for local talent in the community, and that was magnified when it received its low-power FM license in 2014, going from online-only to getting a place on the dial at 100.9 FM. In that time, the station has amassed an impressive catalog of regional content, primarily music from Kentucky and Southern Indiana, but the station has expanded to include our Cincinnati neighbors given our close proximity.

“[We included] Cincinnati, because we have so many Cincy bands that play in the area,” Weisbach said. “It took us a while to figure out what we wanted to be.”

Sorting that much content takes the work of approximately 40 volunteers every day. Submissions come to the station through a sign-up form on its website, through Bandcamp searches by the staff, or from a physical, mailed in copy. Like any other station, it pays royalties to publishers, although it doesn’t amount to much without excessive plays.

“If the artist is registered with any of these organizations, they should be compensated, however, unless you are getting a very large amount of plays, even registered artists will see very, very little for that,” Weisbach said. “We try to pay back the local artists we play by helping them to promote themselves.”

For Mark Kramer, the singer-songwriter Tender Mercy, the station is vital to encouraging a vibrant local music scene.

“Having a station that plays only local music is important because even with the internet, there are still so many local musicians that the average person or even maniacal audiophile might never hear,” said Kramer, whose recordings and a live performance have been featured on the station. “This scene is worthy of the station’s representation because all these artists are working hard at what they do. It takes a ton of time and caring to bring ones’ vision to the point of recording or even playing live. To have a station that is willing to help spotlight that is invaluable.