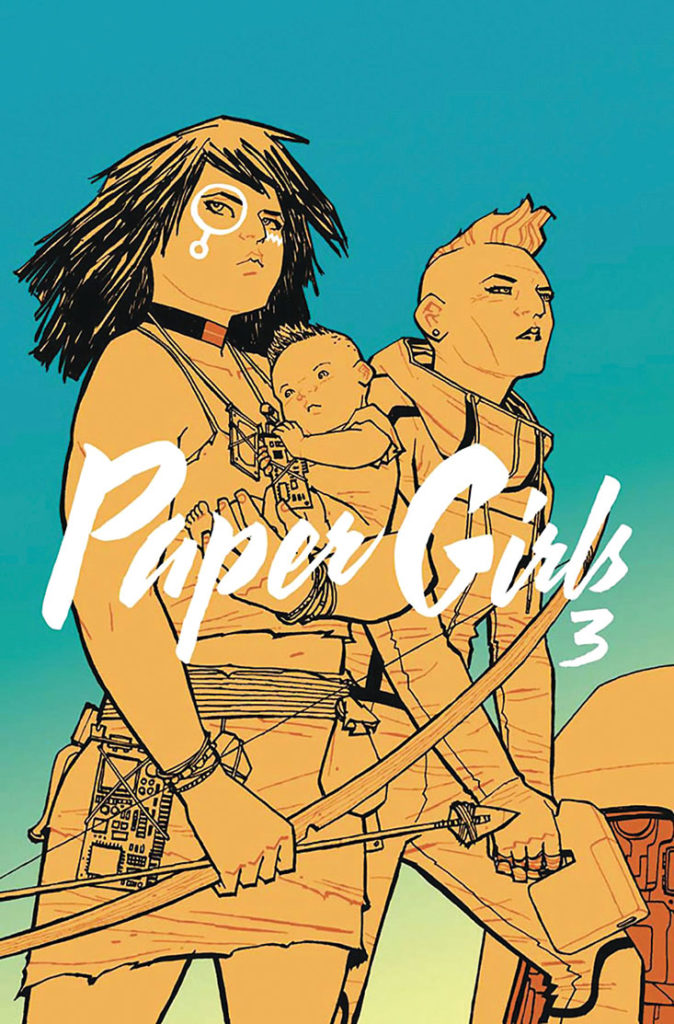 If you say Brian K. Vaughn, most people are going to think of the book “Saga.” Now when people mention him, I think of “Paper Girls.” With Cliff Chiang on art (a shout out to Matt Wilson for the gorgeous colors of the book!), this book has been nothing short of a masterpiece. The thing is, if someone asked me what “Paper Girls” is about, I would tell them I had no clue. It starts out with our main characters, four 12-year-old newspaper delivery girls in the ‘80s, doing their normal paper route early one Halloween morning. Queue the madness. Immediately by the first issue’s end, it gets insane. Mysterious forces from the future attack their Cleveland suburb (Volume 1, collecting issues 1-5), they’re transported to 2016 (Volume 2, collecting issues 6-10) and eventually end up on what seems to be a different world (Volume 3, collecting issues 11-15).
If you’re looking for some offbeat humor and fantastic adventure, this is your book. Will you be confused? You absolutely will. Will you accept that and move on, trying to untangle the many mysteries of this book? You absolutely will. Will you love these four foulmouthed, 12-year-old girls with your whole life? If you don’t, there’s something wrong with you.
Admittedly, I have no idea where the story is going. It seems that once the girls get one problem solved, 20 more pop up for them. But that just keeps you diving back in to what, in my opinion, might be the best book on the stands right now. Volume 3 comes out Aug. 2, be sure to pick it up! If you just can’t wait, the single issues it collects (No. 11-15) are already out and you can get them individually along with all the issues before! 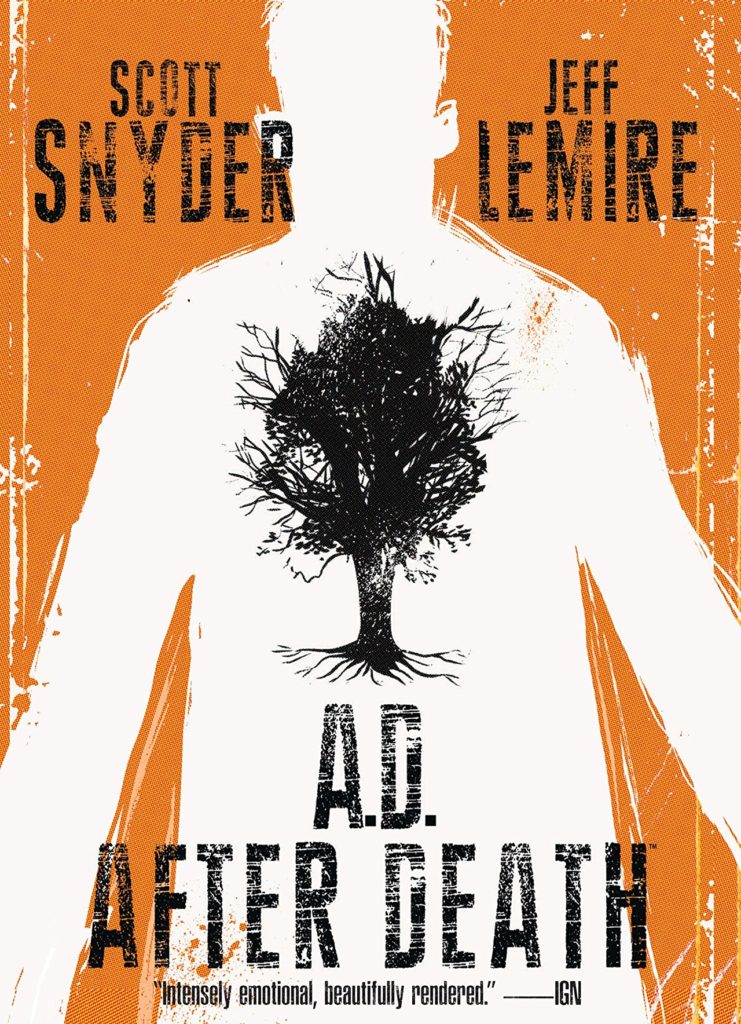 Scott Snyder and Jeff Lemire are two of the biggest names in comics at the moment, and the prospect of them collaborating excited a lot of people when “AD: After Death” was announced over two years ago. After multiple delays, leading the book to being switched from a graphic novel to three individual issues, and then more delays between those issues — the whole series is finally out.
It was worth the wait. Even if the story was no good, this book would still be worth a read based on the format alone. Luckily, the story is great, too. It switches back and forth between prose pages with minimalist watercolor illustrations and standard comic pages. It’s a novel for people who like comics, and a comic book for people who like novels. The prose pages are a perfect fit for Snyder’s sometimes exposition-heavy writing and Jeff Lemire’s creativity. I would love to see more novels try this format: Even the layout of the words adds to the story, reminding me a lot of the novel “House of Leaves.”
The story revolves around a thief who helps steal something that cures death. Literally. Over 800 years later, he’s regretting it and wondering what could have been. The prose pages tell us about the man he was, and how the world got to how it is now. The comic book pages tell the story of the present, and slowly the two begin to connect in beautiful ways. “AD: After Death” is a true experience, I’ve never read anything like it. It was a perfect fit for two of the most inventive and experimental storytellers in comic books right now, and I’m hoping it leads to more collaborations between them.