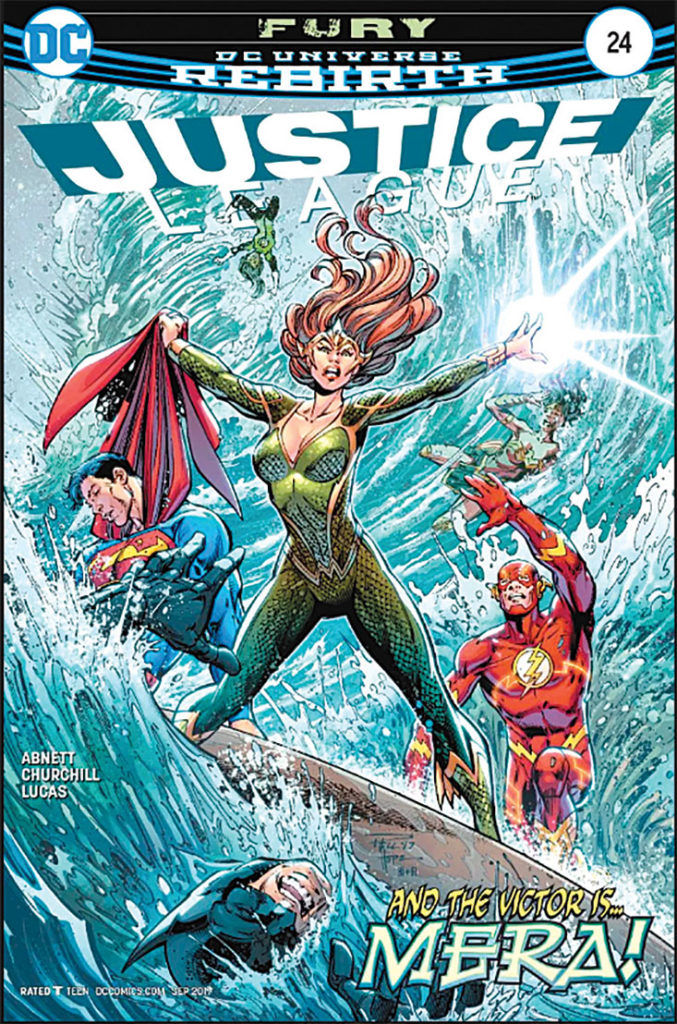 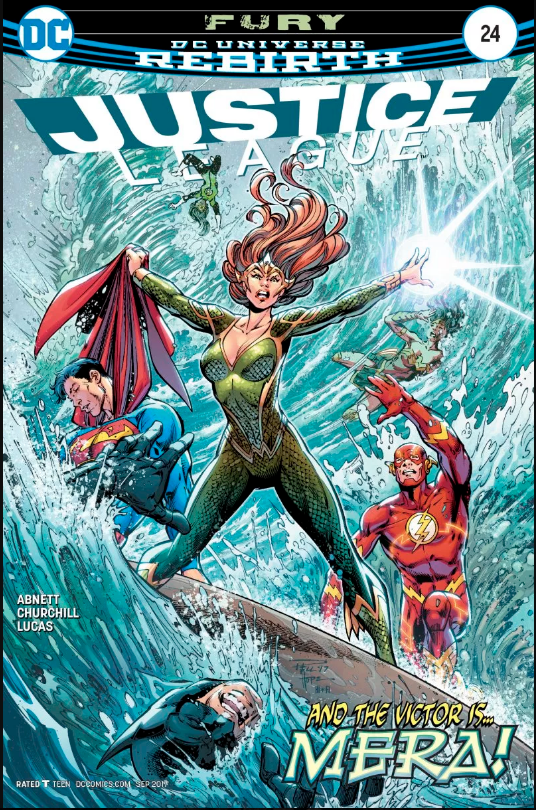 I haven’t enjoyed an issue of Justice League since the end of the New 52. DC Rebirth has not been kind to what should be a flagship title for their comics. Writer Brian Hitch just doesn’t get it, and it doesn’t help that he’s coming off the heels of the great Geoff Johns. This issue, though, which focused on Mera (whom I have a lot of love for), was written by someone completely different. “Justice League No. 24” was written by Dan Abnett and drawn by Ian Churchill. Abnett is no stranger to writing Mera, as he writes the current Aquaman series (which has been fantastic!).

If you’re unfamiliar with Mera, she is the fiancée of Aquaman, who can control water and is a highly-skilled fighter. The issue opens with Mera desperately trying to break through the barrier to Atlantis, and the amount of detail in the water alone was enough to make me buy this issue. In typical comic book fashion, each member of the Justice League attempts to subdue Mera on her rampage. Yes, even Batman. I’m sure fans are whining about that somewhere on the internet, but I thought it was amazing and within her character.

All things considered, as a Mera fan, this issue was a real treat. It shows off her power and her personality, and the art is beautiful and consistent. It was a great one-off issue, and, while the ending might have seemed a little too rushed and too feel-good, it helps explain why the Justice League presumably won’t be stepping in during the Aquaman storyline (which started with “Aquaman No. 25”) that this ties into. If only to see the Justice League underestimate someone and have it bite it, I would encourage you to pick up this issue. 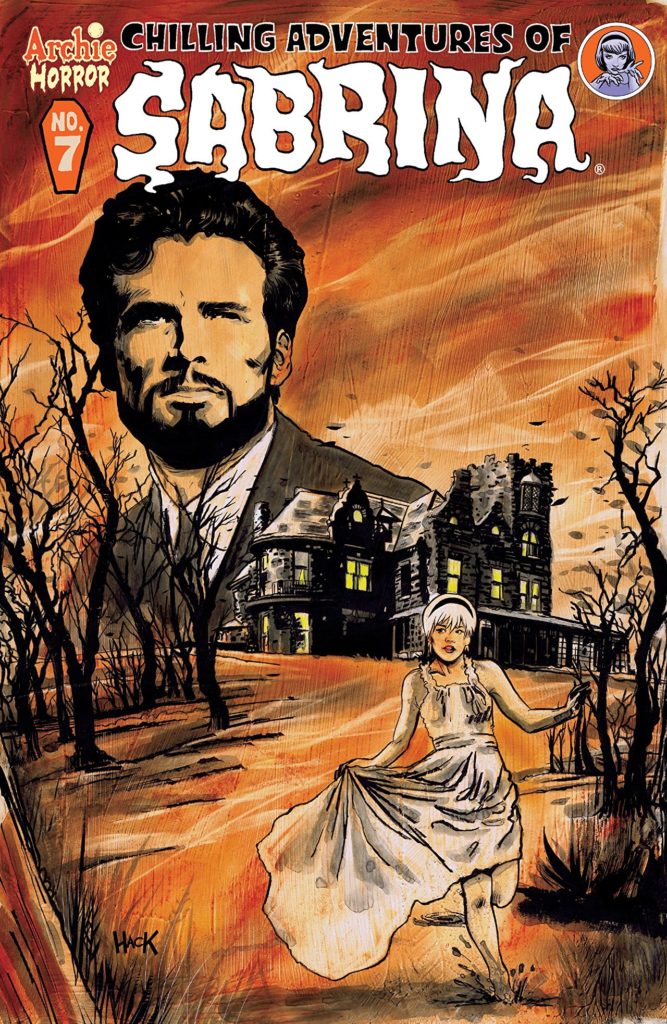 Sabrina the Teenage Witch has been a pop culture figure for over 50 years. Besides the comics, multiple cartoon series, a movie and a sitcom have been based on her. I watched Melissa Joan Hart’s “Sabrina” throughout my childhood, well before I ever knew she was a comic book character. All these incarnations have been comedy-based, centering on Sabrina being an average teenage girl getting into various high jinks with her magic.

This version of her in “The Chilling Adventures of Sabrina” is nothing like the others, beyond that she’s a teenage witch living with her aunts. This Sabrina comic is part of Archie’s Horror line, and it is truly one of the scariest pieces of fiction I can remember reading. The series has demons, sacrifices, possession, murder and a literal manifestation of Satan. And it’s all terrifying. This most-recent issue is a flashback of Sabrina’s father’s childhood, and shows him summoning various demons, including Beelzebub, the Lord of the Flies. And Robert Hack’s drawing of it will stay imprinted in your brain for days. He has an old-school style — it looks like a current version of the art from the horror comics of the ‘50s.

What makes this book so great is it’s a story you probably already know, Sabrina coming into her own as a witch while trying to be a somewhat normal teenage girl, but told in a way you’d never expect. The only drawback about this book is how infrequently it comes out: ‘No. 7’ is the first new issue in almost a year, but when the quality is this stellar, it’s well worth the wait.