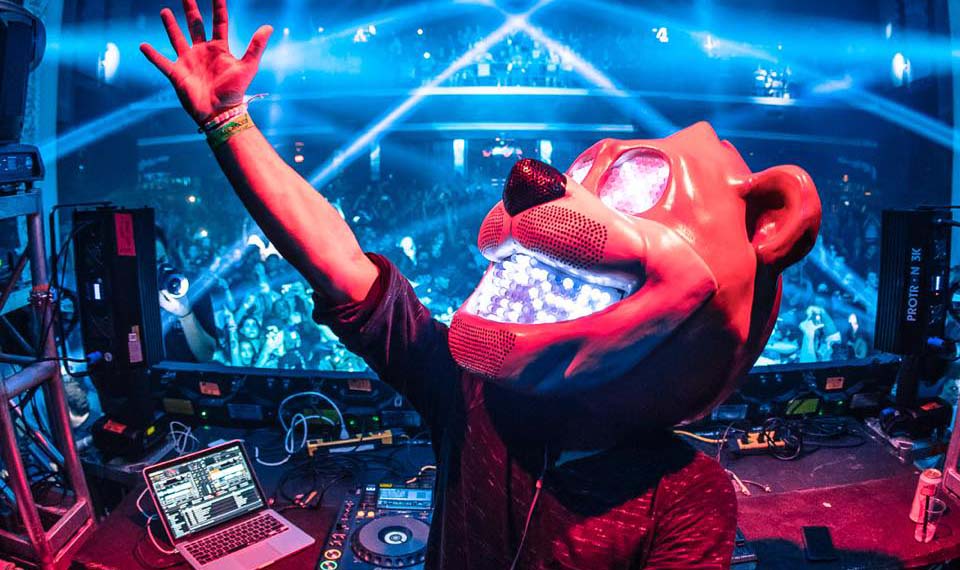 Friday, July 14
Real Estate will play its “warm, hazy style of indie rock with breezy melodies” at Headliners with local dream/noise pop band PRJCTR; Bear Grillz will play his upbeat, silly style of EDM at Mercury Ballroom with fellow electronic artist Shy Guy Says; and Yacht Rock Revue will play, you guessed it, yacht rock on the Belle of Louisville.

Saturday, July 15
Hip-hop phenom and lyrical genius Aesop Rock will light up the stage at Mercury Ballroom with hip-hop artists Rob Sonic, DJ Zone and Open Mike Eagle; Indie rock supergroup The New Pornographers will jam out at Headliners with indie singer/songwriter Natalie Prass; and Preservation Hall Jazz Band will keep it funky on the Belle of Louisville.

LOU: Popular Culture and the Mythology of Sports Figures Tour
21c Museum Hotel
Free  |  5-6 p.m.
“As the real and the virtual increasingly collide, boundaries between art and media further blur, inspiring new mythologies realized in new materials: stars of stage, screen, and sport are re-envisioned, offering insight into how desire shapes identity.” Pop art is art with an attitude. It’s the subject you recognize from your life, maybe on screens or in magazines… but not in an art gallery. Join 21c Museum Hotel for a special tour of their current exhibit “Pop Stars! Popular Culture and Contemporary Art,” which runs through March 2018. —Aaron Yarmuth

Hardrock MMA Showdown
Expo Five
$30  |  7:30 p.m.
Forget the overhyped Conor McGregor vs. Floyd Mayweather fight. See the real face of MMA at this fight night. There won’t be any ridiculous antics — just fighters who have dedicated their lives to learning combat sports, so they can enter a cage and risk life and limb to prove they’re the best. Sports don’t get more primal than this, and seeing it live is a whole other experience. —Ethan Smith

Louisville City FC vs FC Cincinnati
Louisville Slugger Field
$15-$40  |  7:30 p.m.
Louisville City FC and FC Cincinnati were already rivalry teams, but even more so after the last match when one of Cincinnati’s players was accused post-match of biting a Louisville player in the face! So you better believe City is coming into this match hot, and ready to put a hurting on Cincy (metaphorically speaking of course, because City is above Cincy’s barbaric behavior). So grab a beer, a pretzel or a hot dog, and cheer on our city’s pro soccer team. —Ethan Smith

‘Game of Thrones’ Season 7 Premiere Watch Party
Old Louisville Brewery & Hideaway Saloon
Free  |  9 p.m.
Why watch the Season 7 premiere of “Game of Thrones” at home, when you can gasp at all the shocking bloodshed and plot twists with your friends at a cool bar? Hideaway Saloon will be showing the season premiere on a 120-inch screen while serving fresh popcorn and drink specials. And Old Louisville Brewery will be screening all Season 6 episodes leading up to the Season 7 premiere, as well as releasing a GOT themed beer called The Imp’s Delight. —Staff