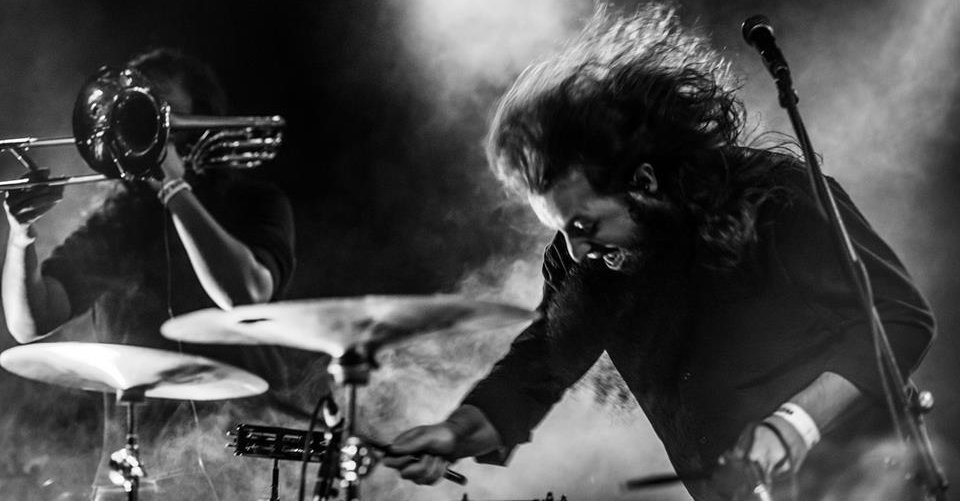 Monday Steal the Glass with Country Boy
River City Drafthouse
Free  | 7 p.m.
Start your Monday off right, with a little theft at River City Drafthouse. Just get a pour of Mimosa Cider, Strawberry Saison, Nacho Bait or Living Proof Rose Wild by Country Boy Brewing Co., and you’ll also get a pint glass with a signature logo that you get to keep.

The Mothra: Breakin’ the Law!
Kaiju
Free  |  9-11 p.m.
Kaiju’s “The Mothra” is a regular storytelling show that gives local comedians a chance to drop the bits and punchlines to share true, usually-humorous stories from their lives. This week’s topic is “Breakin’ the Law,” and it will be hosted by Bryce Peter, with storytellers Danny Hucks, Beau Davis, Chris Cyr, Kate Sedgwick, Ran Barnaclo and Kyle Jeffers.

Summer Fun Adventure Run Series 19 and 20
McNeely Lake Park
$3  |  6-7 p.m.
Run off the beaten path, literally, at this fun run that’s good for “kids, newbies and adrenalin addicts.” All you have to do is show up to the meeting on the north side of the park, where you will receive a map of the course for this double sprint.

Prohibition Parlour: Glitter & Glamping!
TAJ Louisville
Free  |  8-11 p.m.
Enjoy a few speakeasy cocktails at this monthly Prohibition-style party. For the August edition, the theme is Glitter & Glamping, so be sure to splash plenty of glitter on your outfit, “be it scout or hiker or bear.” It will be a night of old-school cocktails, burlesque by Ethel Lovelace and Dita Deville and live music by The Derby City Dandies and Rick Quisol, and expect to see “girl scouts Olivia Rose and Miss Janet Weeden up to their usual shenanigans.”

Owoso, Bendigo Fletcher, Stuart Wicke Band, The Thumps
The Butchertown Social
Free  |  7:30 p.m.
Owoso, the eclectic, folk rock band, is kicking off their tour at Butchertown Social. So “grab a friend and an enemy and make a beeline to Story Avenue,” where you can also catch acts by fellow folk rock bands Bendigo Fletcher, Stuart Wicke Band and The Thumps.

Latte Art Throwdown
KMAC Museum
Free  |  7-10 p.m.
Celebrate the art of the latte and the work of local baristas at the KMAC Café. Baristas from around the city will bring their skills to your coffee, with plenty of prizes on the line. So while you are out on the Republic Bank First Friday Hop, stop by KMAC for beautiful, delicious lattes.

The August Flea Off Market (Aug. 4-6)
Fresh Start Growers Supply
Free  |  Times vary
The Flea Off Market is the place to be when it’s nice outside. Enjoy the warm weather, get grub from the fleet of food trucks and spend a little change at one of the over 200 local vendors.

Cereal Glyphs Album Release with Legs Akimbo, Animal City
Guestroom Records Louisville
Free  |  6-9 p.m.
To celebrate the release of their debut LP, “The Second Hand,” garage punk band Cereal Glyphs is playing an in store show at Guestroom Records. There will also be performances by rock bands Legs Akimbo and Animal City. All while you’re there, grab a copy of “The Second Hand” on limited to 100 red vinyl as well as black.

The Tunesmiths, Marah in the Mainsail, Mojothunder
Mag Bar
$5  |  8 p.m.
Join Mag Bar for this blow out show with The Tunesmiths whose genre-bending style “combines the raw energy and power of rock ‘n’ roll guitar, the smooth vocals of R&B, and the catchy rhythms of Soul”; Marah in the Mainsail who create a haunting world with “precise yet primitive jungle drums that set the stage for the eclectic and powerful ensemble”; and the “primal, sexy and driven,” MojoThunder.

Glitteroke with Howell Dawdy: Girls Rock Louisville Karaoke Party
Zanzabar
$3 suggested donation  |  11:30 p.m.-3 a.m.
Become a rockstar for a night at Glitteroke, where musical-mad man Howell Dawdy will be spinning his roulette wheel of karaoke goodness. This time around, the wheel will be loaded with over 30 songs by female artists (and generally about female empowerment). That’s because this Glitteroke will be raising funds for Girls Rock Louisville, which seeks to “empower girls and gender nonconforming youth through music education.”