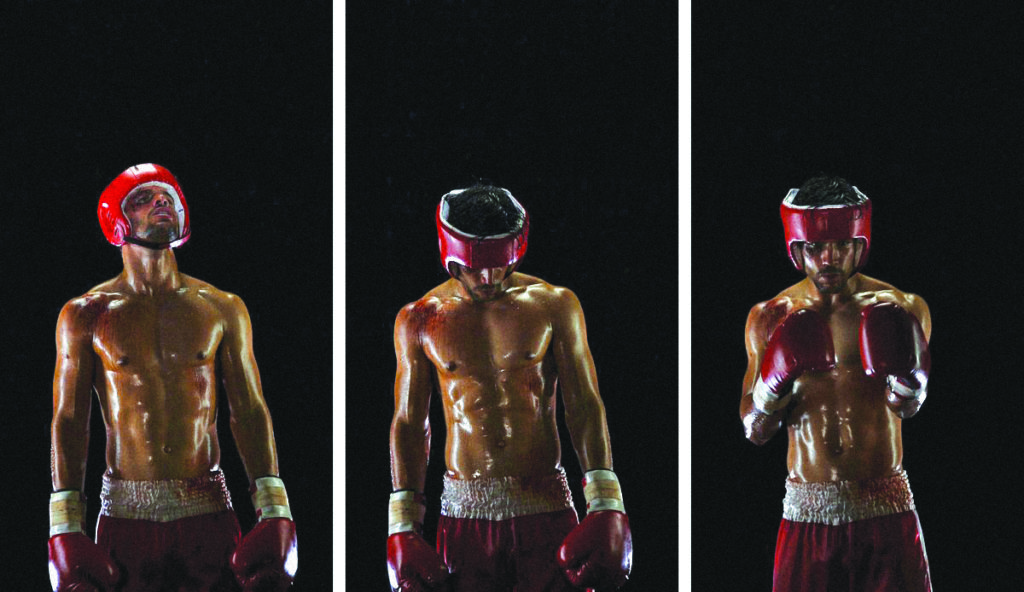 "If It's Meant to Be Love, May It Brand the Soul!," by Alexandre Mazza.

Game Knights
Kaiju
Free  |  7-11 p.m.
Ever wonder if, like Jackie Chan in “Drunken Master,” you are actually better at games while drinking? Well, you can test that theory at GameKnights, a night of beer, bourbon and board games. This weekly event, hosted by Nerd Louisville and Squire, of Book & Music Exchange (Highlands), provides a choice selection of board games for you to play with friends, but feel free to bring your own. —Ethan Smith

Metal Monday: Ether
Highlands Tap Room
Free  |  11 p.m.
Metal Mondays are for those of you who refuse to quietly start another workweek, but would rather start it off kicking and screaming. This week’s featured act is Ether, a band that “comes to spin epic tales of wonder and excitement.” —Staff

Speaker Series: Chris Nolen on Designing For Animals
Copper & Kings Distillery
Free  |  6-9 p.m.
Join AIGA Louisville, a community of design professionals, for a talk on “Designing For Animals: How Human Evolution Has Influenced Design – And How To Harness It.” The talk will be given by Chris Nolen, the creative director at Mightily with 22 years of experience as a designer and 15 years in advertising. His talk will explore how evolution has shaped human senses, the way we process information, and how that has influenced design and advertising. —Staff

Summer Fun Adventure Run Series 15
EP Tom Sawyer State Park
$3  |  6-7 p.m.
Run off the beaten path, literally, at this fun run that’s good for “kids, newbies and adrenalin addicts.” All you have to do is show up to the Lakeland entrance, on the south side of EP Tom Sawyer State Park, where you will receive a map of the course. —Staff

Scientific Proofs: The Psychology of Confidence
Mellow Mushroom
Free  |  6:30-7:30 p.m.
Scientific Proofs is a monthly “gathering for grownups who like to geek out on science,” and, as part of the “I am Ali” festival, this week’s topic of discussion is confidence. David Porter, an experimental cognitive psychologist and professor at Berea College will be giving a talk on “the strengths and drawbacks of confidence.” —Ethan Smith

2nd Annual Festival Fashion for Good
Revelry Boutique Gallery
Free  |  6-8 p.m.
Get styled for Forecastle at this fashion festival that hopes to raise awareness of sustainable fashion through the Anchal Project. There will be styling demonstrations, tips on what to pack in your festival survival kit and a free henna tattoo from Rose of Bohemian Monkey with any purchase. —Staff

Trifecta! A Night of Local Music, Art, & Performance
The Butchertown Social
Free  |  8-11 p.m.
The first edition of a monthly series will showcase “the fine art of Joshua Jenkins, the music of The Rob Nickerson Quintet, and the comedy of Chris Vititoe, Mandee McKelvey and Melissa Doran.” There will also be late-night bites ($2.50 for tacos) and $10 bottles of wine every Thursday. —Ethan Smith

Bourbon & Beats
Taj Louisville
$5  |  8:30 p.m.-4 a.m.
Begin your Forecastle adventure at this party in Taj Louisville, where a percentage of your tab will contribute to the Forecastle Foundation’s mission of “protecting the world’s natural awesome.” There will be karaoke, live music by local favorite Nellie Pearl and Forecastle coozies for all of your weekend boozing. —Staff

LOU: Popular Culture and the Mythology of Sports Figures Tour
21c Museum Hotel
Free  |  5-6 p.m.
Seeing that Muhammad Ali is among the most celebrated sports figures, Louisvillians should be familiar with the themes of this art show. Join the artists of “Popular Culture and the Mythology of Sports Figure,” as they explore “superheroes and celebrities, totems and toys: the imagery of manufactured fantasy is reframed in the visual language of historical iconography in this multi-media exploration of popular culture a decade and a half into the 21st century.” —Ethan Smith