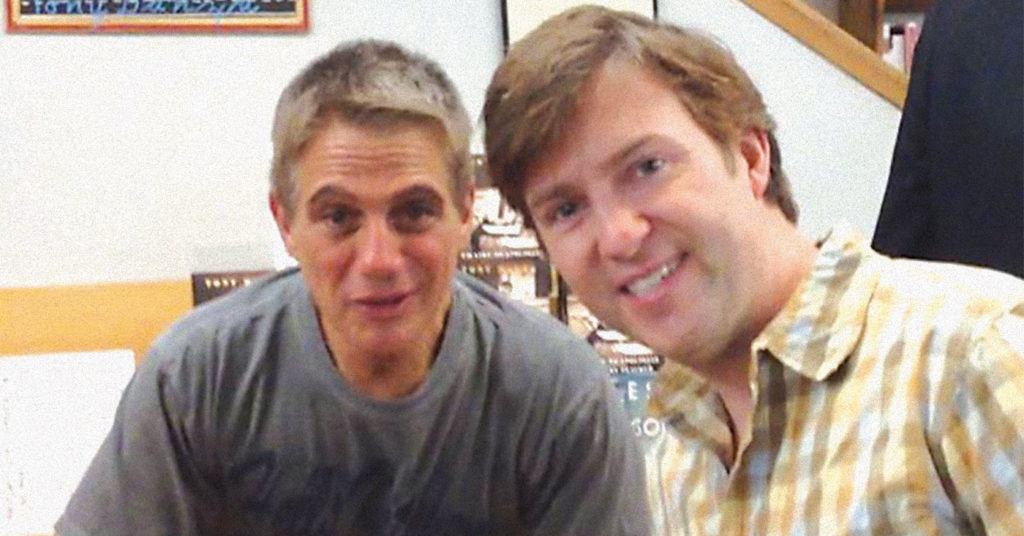 It would surprise most people to find out that while Tupac Shakur was in prison, he and Tony Danza were pen pals. There was a strange glitch in the matrix of celebrity culture that somehow allowed this correspondence into reality. And now, over 20 years later, comedian Steven Benaquist has written an award-winning, one-man show about this odd exchange. Debuting at the 2016 Hollywood Fringe Festival, the show won the Encore! Producers Award. Benaquist began his career in sketch comedy while attending Vassar College. After graduation, he moved to Los Angeles and began doing stand-up. That led him to work with DreamWorks’ “Fishstick & Honeybear” and NPR’s “American Parlor Songbook.” The show is in town for one night only, so don’t slack.

LEO: How did you first hear of this unlikely friendship?
Steven Benaquist: Ya know, I’m a stand-up comedian, and I wrote this bit a while ago about Tony Danza. Strangely, a couple of weeks after I started doing that on stage, he came to a little book store in my neighborhood to talk and do a signing. So I went. And beyond just this story, he’s had a really interesting life. He mentioned the Tupac thing, and immediately I wished there was a one-man show about it. So I started working.

Even though the story is true, the show is fictional. Tupac being a somewhat tragic figure, what’s the balance between comedy and drama?
It’s a comedy, no doubt. But there are some inherent moments that come with a certain level of drama. There’s no way around addressing the fact that Tupac died just over a year later. But the audiences have been so intrigued by the idea, that they come along anyway. I discussed it with my director, and the same reason that made me want to make this show is why people would want to see it. It’s an ‘Odd Couple’ kind of story, told from Tony Danza’s perspective.

Were you a fan of either Danza or Tupac before this show?
Yeah. I appreciated them both. Danza was not my favorite actor or anything, but I liked ‘Taxi’ a lot. The book that he was selling that day in the book store was about when he took five years off of acting and worked as a teacher in an economically-depressed neighborhood in [New] Jersey. So I walked away from there really appreciating what an interesting, well-rounded guy he is. He’s been a boxer, an educator, a sitcom actor — he was interesting. And Tupac has some songs I would put on my list of favorite, all-time rap songs. Tupac was interesting, too. In research, I found footage of Tupac talking about the letters from Danza. I also found out he was a ballet dancer at the arts high school he attended. He went so far as playing The Mouse King in ‘The Nutcracker.’

In your research, how much of the show is true versus your fictionalized idea?

Most of the show is pretty ridiculous. It’s a lot of my imagination. But I do sprinkle some of those oddball facts of life that are so true, you can’t possibly believe them. Like the story itself.