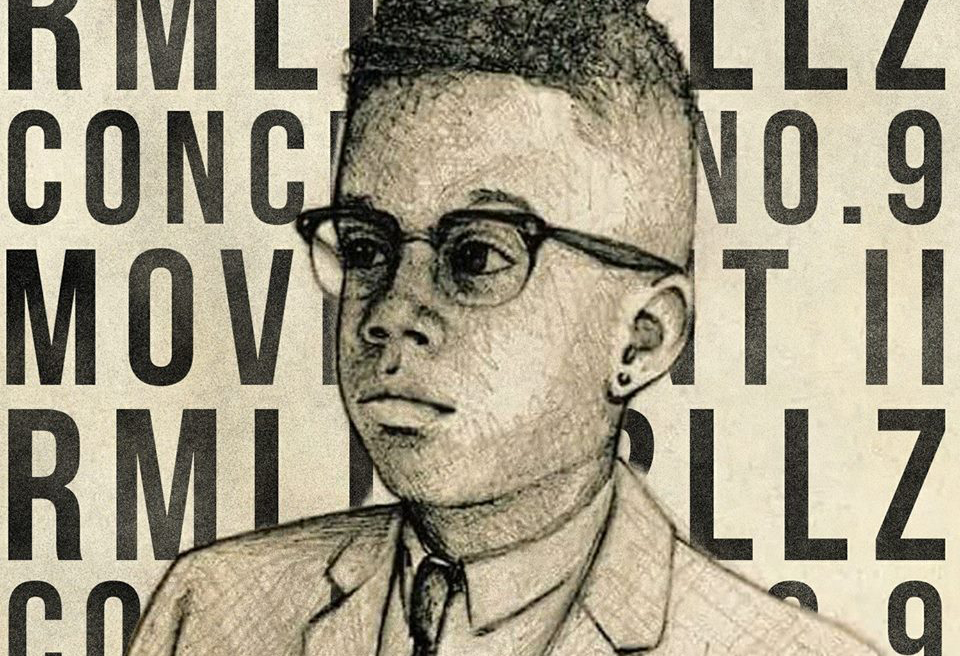 Rmllw2llz — “So Amerikkan”
There may be no higher compliment that I can pay than to say a song has replay value — a track that you can rock over and over, and still want to listen to it again. Rmllw2llz did just that with “So Amerikkan.” This song is an unflinchingly political stance on race relations, the police and a climate of overall ugliness. If you relate to that, this track is your anthem, and if not, maybe your anathema. Rmllw2llz plays no favorites here, taking shots at Donald Trump and Hillary Clinton all the same, spitting his truth in the realest way imaginable. This is the kind of banger that you play loud and proud to freak out the baby boomers and suburbanites, heavy and confrontational, and with the kind of production that most only dream about. This is Rmllw2llz’s giant middle finger to the institutions that have caused turmoil and strife, and the world is better with voices that stand strong, without apology.

Wombo – “My Bookshelf”
Wombo is a strange bird, and that’s a good thing. “My Bookshelf” kicks off with a simple bass riff that builds a beguiling groove, rounded off by airy falsetto vocals and the sort of chorus-drenched guitars that sounds lifted from Tweez by Slint. And that’s just the beginning of the track. Clocking in at approximately two and half minutes, Wombo run through punk, funk, twee pop, indie and barbershop in one neat and concise package that emphasizes the power of the players without ever seeming flashy or trite. So yeah, this is definitely weird, but in that delightful way that surprises you with every twist, making you wonder how you got from one point to the next, all of which makes perfect sense at the end of your journey.

Zach Stefanski – “Blurry”
You can practically feel the breeze hit you, the sun on your face and the wind in your hair on “Blurry,” the latest single from singer-songwriter Zach Stefanski. There is a clear craftsmanship on display here with unconventional structures, telling Stefanski’s story in a way that is simultaneously familiar and alien. “Blurry”  features subtle synth work and ambient passages that shimmer like a hazy shimmer — one minute it’s pure indie pop bliss, catchy and cool, and the next an airy drone that serves as a bridge. It’s Stefanski’s ability to maneuver those changes that underscores his vision to create compelling indie pop.

Cereal Glyphs – “Passions Not Enough”
There is something so primal about Cereal Glyphs, which worships at the altar of giant riffs and righteous hooks. Their newest, “Passions Not Enough,” couldn’t have arrived a minute later, as a high-octane blast of pure and unfiltered garage rock goodness. The guitars are fuzzed out and giant, with each guitarist playing off of each other in the most rad way possible. The rhythm section holds it down with a loose groove that pounds and pulses with thick bass and plodding drums. Put this on every party mix that you have and celebrate those sweet summer days before they fade away into golden halcyon memories of your misspent youth.

Ellery – “Do Your Worst”
Ellery make the kind of music that you might expect to accompany a tender moment in a drama, soft and sweet and meant to pull at your heartstrings. You can hear that degree of intentionality in all of their music, which ranges from pop friendly radio jams, to delicate ballads such as “Do Your Worst,” the stormy closer to their newest EP Over Land, Over Sea. The music is lush and layered, the backdrop to singer Tasha Golden’s wonderful voice. Those layers pay off to repeat listeners, adding nuance and depth to an already heavy track. This is the score to your breakup, to your heartache, with lyrical accompaniment about the sort of relationship struggles that we’ve all experienced.

Babs – “Sand”
Symphonic chamber pop is difficult to pull off with the ease managed here by Babs. With “Sand,” the band tap into acts like Stereolab or Broadcast for that kind of ‘60s-influenced vibe. There is a psychedelic bend that’s hard to pin down, not quite the swirling chaos you might imagine of traditional psych music, but a downtempo choral pop that relies as much on groove and repetition as the constituent elements of the track.