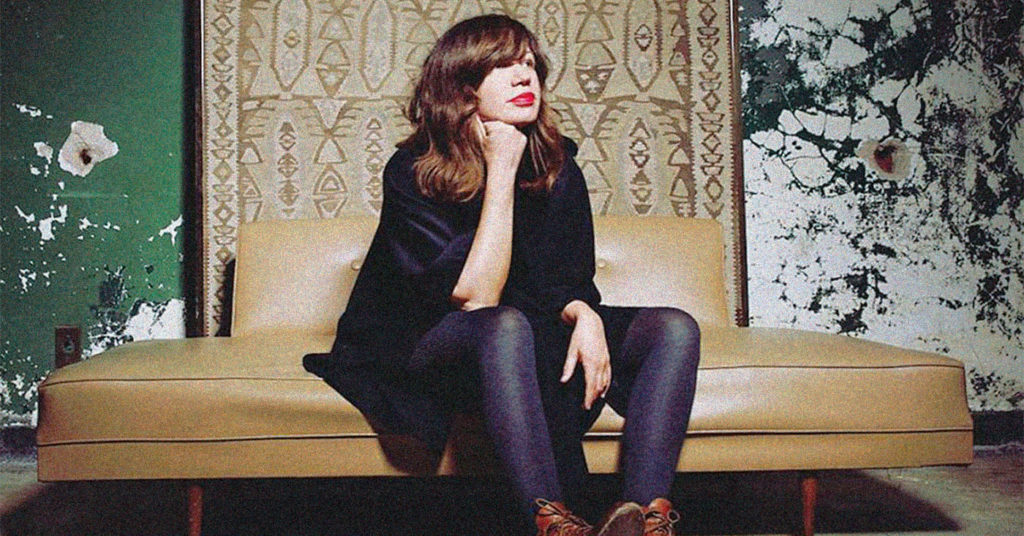 Between her years in the business and the stress of relationships and parenting, Shannon Wright found herself overwhelmed prior to the recording of her latest record, Division. But, during her tour in Europe, she met up with a few friends who not only gave her encouragement, but offered her an opportunity to record in Paris and Rome.

“I was having a hard time at the time, at a very low point,” she said. “I was like, ‘I can’t do this anymore, it’s killing me.’ Just really at a bad place. It’s hard to talk about without sounding like a douchebag, but I give so much of myself, that it feels like I’m depleted. I was giving and giving and giving, and I felt like I was getting nothing in return. You start to question: ‘Why am I doing this?’ ‘Does anyone give a fuck about this?’ That’s what was happening to me. I was questioning everything.”

For the last two decades, Wright has been an absolute gift to music, an intensely powerful and moving performer who balances guitar-heavy compositions — that would make the most unchained noise rockers blush — with tender piano pieces. Wright has collaborated with Louisville luminaries Todd Cook and Kyle Crabtree of The Shipping News, as well as with Kevin Ratterman of Twin Limb. She has spent time on seminal indie label Touch & Go, before it closed in 2009. Now on the French label Vicious Circle, Wright continues to challenge with her most recent record, the brooding Division, a melancholic and revealing album that includes heavier synth work than on previous releases. Wright’s work has always featured a darkness, a kind of raging malaise that figures into her work, but it has rarely been so world-weary, with moments of deep vulnerability couched between plodding dirges. For Wright, it’s as much the strain of giving and performing as it is the economic side of things. Touring abroad has given her perspective on how different cultures value art, a kind of anxiety that seeps into her music.

“Every time I go on tour now, when I come back, I’m so sad,” she said. “I see how the quality of life is elsewhere, and I see ours, and it’s so fucked up. People have no idea. It’s so twisted. The craziest part is if you have a great quality of life, you don’t have the will to be super rich. People are looking for things to make them happy, because the quality of life is so low.”

Although she felt beat down by life, recording the material that became Division was ultimately unavoidable — Wright couldn’t resist putting herself out there again, her art laid bare for consideration, raw and exposed.

“I have such an immense, deep, deep love for it, that I don’t even think I can live without it,” she said. “I’m not looking to be successful. I’m just looking to be able to do it. •

Wright is the headliner for the Girls Rock Camper Showcase & Afterparty. Honeychild Coleman and Bungalow Betty and the ladies from Louisville Championship Arm Wrestling will also perform.