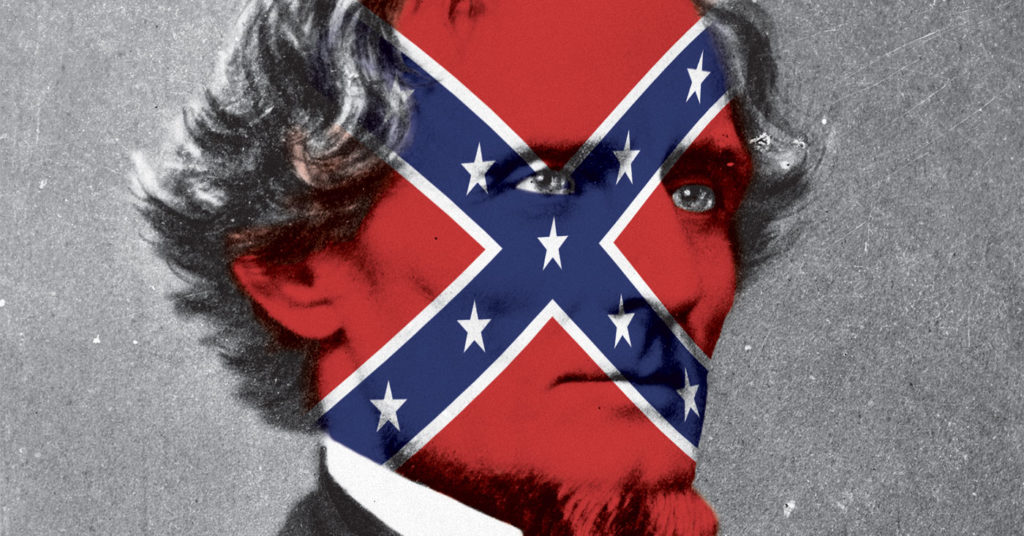 If you are a native Kentuckian (or live here) and haven’t read J.D. Vance’s “Hillbilly Elegy,” you should. Vance’s bestseller deftly relays his analysis of how hillbilly culture encourages “social rot.” Vance’s work echoes the commonly-held belief that “flyover” states have a culture that is conservative, backward-looking and racist.

Unfortunately, many of these areas confirm rather than debunk this belief.

In Kentucky, there are far too many Matt Bevins, Kim Davises, Bullitt Counties and Confederate statues (including one of Jefferson Davis at the state Capitol) to not admit we have challenges. Despite that reality, Kentucky also sits on a precipice not often spoken of: The fact of the matter is, Kentucky is in the middle of a burgeoning civil war. It is not one fought with pistols, rifles and bayonets, but rather ideas, politics and culture. Unbeknownst to many, 21st-century Kentucky is not totally dominated by hillbillies and confederate sympathizers. We are also a state with a budding progressive population that stretches across lines of race, class, religious choice and sexual orientation.

To be sure, Louisville sits at the heart of this struggle.

Quietly over time (and maybe unintentionally), the River City has gathered a cadre of scholars, writers, cultural critics, organizational leaders, philanthropists and even politicians who have a different vision for Kentucky. As the nation pays attention to New Orleans for removing Confederate statues, and Baltimore for considering it, some may have sight of the fact that Louisville did it first. Admittedly, it is certainly easier to pay attention to the New Orleans and Baltimores than Louisville… for now.

In the struggle to create a New Kentucky, certain battles will invariably have to be fought. A new one that is percolating is actually old. Now that one confederate monument has been moved from Louisville (Kentucky’s leading city), questions are being raised about others in the city and state. Recently, Courier-Journal writer Joe Gerth’s “This is how Confederate President Jefferson Davis should be ‘honored’ in Kentucky” pulled no punches in his take on the debate about keeping the statue of Jefferson Davis in the state Capitol’s rotunda.

Gerth argued that if the state really wants to place Davis’ statue into “historical context,” the site should step away from the common narrative on Old Jeff. He said Davis’ biography should start with “Jefferson Davis — Traitor.” Smokin’ Joe then doubles down on how the bio should end:

“After Mississippi seceded, Davis resigned from the U.S. Senate and betrayed his country. He first sought a commission in Mississippi’s army, where he planned to fight to continue the barbarous practice of slavery. He instead was selected as president of the Confederate States of America. More than 600,000 soldiers — about 2 percent of the country’s population — died in the effort by Davis and the Confederacy to preserve the evil institution of slavery. Davis was a disgrace to Kentucky and to our nation.”

We’ve seen this before. Previous debates over Confederate statue and rebel flags have taught us lessons. This stuff really isn’t about statues or flags. The Davis statue debate is no different, and it damn sure isn’t about some attempt to “keep history from being erased” (that’s the go-to argument of racists throughout the state and nation whenever their monuments to slavery, racial superiority, terrorism and treason are threatened).

These people are perfect examples of Vance’s “social rot.” They are the reason outsiders steer clear of states like Kentucky and never wish to call them home.

These are the types of people who joined a New Orleans resident who petitioned the White House to allow Louisiana to secede immediately following Barack Obama’s re-election in 2012. It is their twisted ilk that produced petitions from Alabama, Florida, Georgia, Louisiana, North Carolina, Tennessee and Texas accrued over 25,000 signatures.

Thankfully, many Kentuckians are pushing back. They are writing a “New Kentucky’s Elegy.” They understand this a war of 19th- vs. 21st-century sensibilities. The Jefferson Davis statue is just the latest battlefield. Win or lose this one, the war isn’t over. Many of us envision a Kentucky that is not plagued by an inferiority complex. We see one that is a destination state, not a dumping ground. We imagine a 21st-century metropolis that is open, colorful and cosmopolitan. We are working towards a state that will catch up with the world and be on no one’s “DNV (Do Not Visit) List.”

As always, dear readers — until next time, have no fear, stay strong, stand on truth, do justice and do not leave the people in the hands of fools.

“Davis was a disgrace to Kentucky and to our nation.” Had to quote that one more time. Damn, Joe — that really was smokin’! •

Dr. Ricky L. Jones is chair of Pan-African Studies at the UofL. Visit him at www.rickyljones.com.