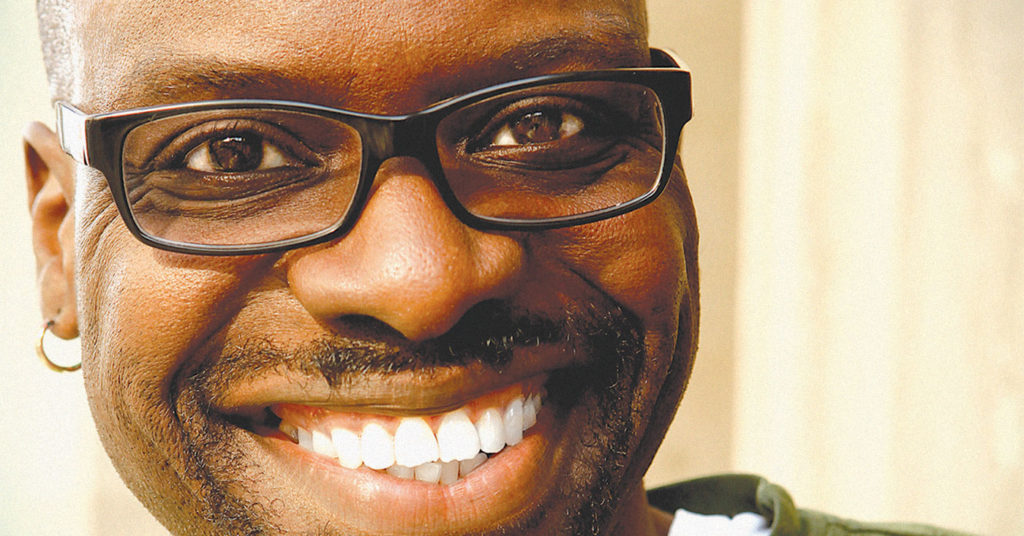 As a gay African-American, local comedian Keith McGill refuses to allow race or sexuality to define his humor. He’s more interested in the idiosyncratic aspects of life that unite us, rather than what divides us. Now in his 30th year as a stand-up comedian, McGill regularly performs all over the country and has been on BET, CMT, Fox’s “Laughs” and “The Bob and Tom Show.” This weekend, McGill will perform at The Caravan.

Keith McGill: It was cool. I grew up in The West End, the Parkland neighborhood. It was one of those funny neighborhoods where people would sit on their front porch and talk to each other. You know, real, human interaction. There was three of us, and my mom raised us on her own. So we were very independent, because she was always at work. We cooked, did dishes, did laundry. I mean, there wasn’t even a remote control. We had to walk all the way to the television to change the channel. And then walk all the way back.

What’s the difference between being on the road in your 20s and 50s?

In my 20s it was like: ‘I can’t wait to get out there on the road and driving.’ It was all so exciting. You’d get to the club, do a show, hit the bar afterward. And you stay up all night drinking. Now, I’m 52 and I have to pee every 100 miles. So a lot of rest areas. I bring my own snacks, because I’m not paying those gas-station prices. And then after shows people are like: ‘You want to hang out?’ And I’m like: ‘Nah, I’m going to get carry-out and hang out in my hotel room.’ That is literally my favorite thing to do. Eat carry-out in a hotel bed.

Do comedians have a responsibility to be 100-percent honest on stage?

You don’t have to confess your life or anything. But when I talk to comics, I tell them: ‘When you leave the stage, I need to know who you are. I need to know something about you.’ I don’t care about airplane food, or what’s up with TV commercials. That doesn’t tell me who you are as a person. How do those things make you feel? That’s what I want to know.

You don’t shy away from being black and gay in your material. But those don’t define your show, either. Is that intentional?

You find the commonality in the human experience, where people relate to you no matter their backgrounds.

That was intentional. For a long time I would be out onstage if I was doing a gay show. Or doing a college show. But at mainstream shows, I didn’t really talk about it. Then, I realized that talking about it is what made it unimportant. Once you give it air, it’s like Al Capone’s vault. There’s nothing in here but dust and a note. Once people know I’m gay — or whatever it is about someone that makes them unsure, and they realize: ‘Oh, he’s cool’ — then we have commonality. They realize we’re not that different. Gay people get frustrated in line at the grocery, too.