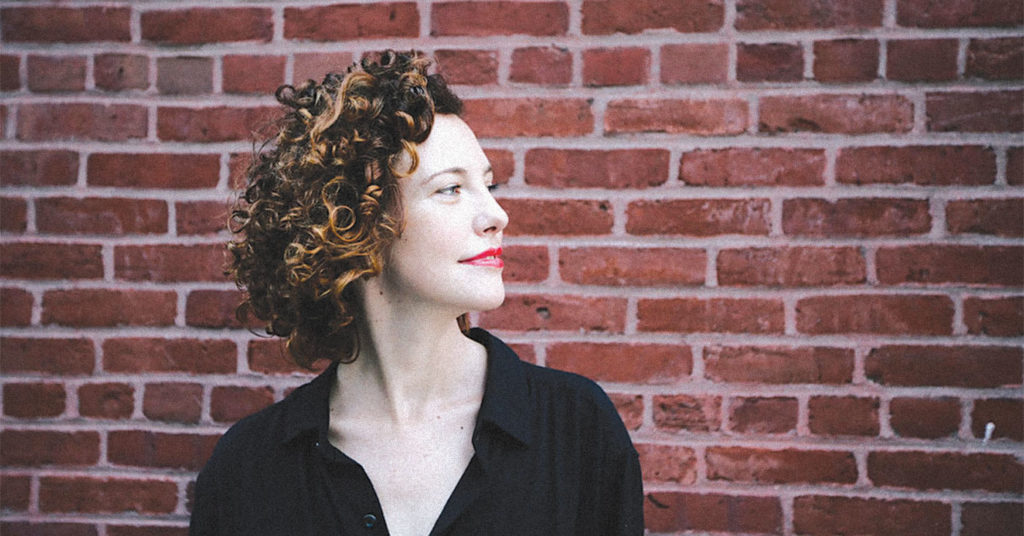 Esmé Patterson slices up mellow, ’70s folk and retro soul to piece around her clever, ambiguous lyrics, ending up with something that lives on the outskirts of pop. Patterson, who used to be in the folk collective Paper Bird, has released three solo albums, the most recent being last year’s We Were Wild. Now, she is in the formative stages of a new record and a film score, neither of which she is currently able to talk about much, but we caught up with her before she opens up for Dispatch at Iroquois Amphitheater to talk about songwriting and how her time in Paper Bird impacted her solo career.

LEO: On how she writes lyrics, then takes a step back before judging them.
Esmé Patterson: “I have a tendency to be really hard on myself in the moment — writing something that I think is really stupid or whatever [laughs]. I can be really hard on myself in the moment of vulnerability of creating, so I like to write things quickly, leave them alone and then come back to them later with a fresh perspective. Often I’m surprised by some things that are better than I remembered them to be. There’s that moment of ‘I hate it. I’m going to to destroy it.’ But, then I’m like, ‘Don’t destroy it, walk away, come back to it.’”

On how her time in Paper Bird, a band with multiple singers and songwriters, affected her solo career.
“That band taught me a lot of things and it was a great learning experience. I think it taught me to trust my vision. There were a lot of cooks in the kitchen in that band, where I would kind of defer to other people and say, “Well, sure, I don’t agree with that, but for the sake of compromise, let’s try it. By being in that band for so long, I found what I thought about my vision that was important and unique and special, to me. I learned to trust that little by little after a long process, that is still in progress. Also, it was like going to advanced harmony singing college. Being in that band, it had very dense, three-part harmonies. The stuff that we did was very technically difficult and I feel like I got a master’s degree in harmony singing. And that’s a skill I appreciate quite a bit. I learned so much.”

On a consistent theme in her songwriting.
“I feel like I’ve always been trying to describe the same thing — just trying with different colors and brush strokes to really kind of get at the same thing. I work with duality and the space between duality a lot.”

On recording songs for her first film score.
“It’s a really fascinating challenge. If you’re writing for a project specifically, that existed before the music, you’re not necessarily the final artistic choice maker, and when I’m making my records I can kind of steer the ship and do what I want. So, it’s an interesting challenge — working with the balance of someone else’s vision, but it’s really fun and I love collaborating with other artist’s in that way. It’s really enriching.”