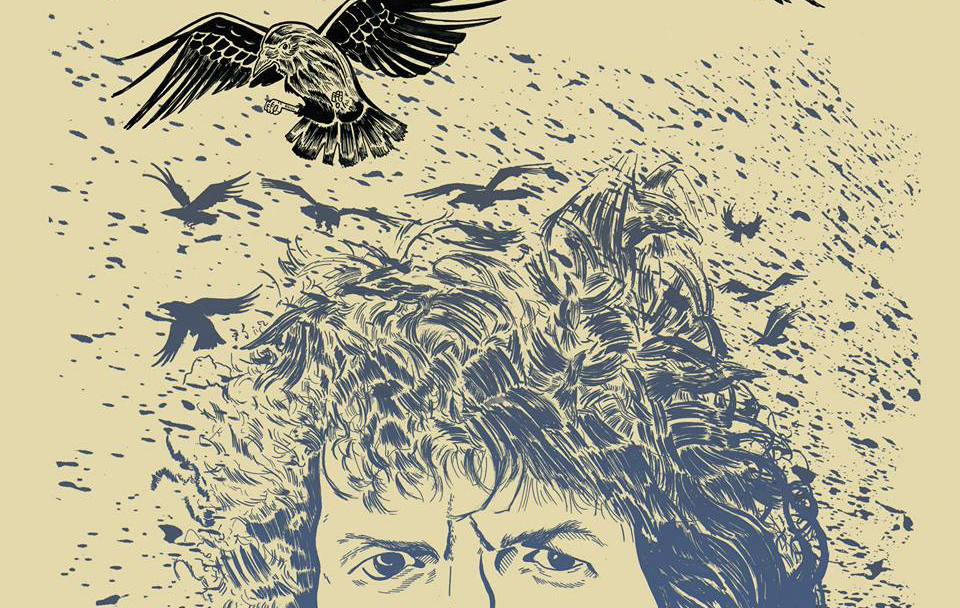 I never really got into Old Crow Medicine Show, although I can’t really pin down why. Maybe it’s that I’ve never connected to contemporary bluegrass. Maybe it’s the overly-theatrical live shows. Maybe it’s the dark shadow of “Wagon Wheel” being one of the most overplayed songs in recent memory. But, it’s probably just a subjective thing that I shouldn’t spend too much time trying to quantify. It’s not dislike, it’s always fallen somewhere closer to indifference. There’s an undoubtable amount of talent in the band — several musicians who each play several instruments, who, at their best, turn their bluegrass sensibilities into a hurricane. Which is where Old Crow Medicine Show struck gold on Friday night at Iroquois Amphitheater, when they performed Bob Dylan’s Blonde On Blonde in its entirety, turning dense, stream-of-conscious classics like “Visions of Johanna” and “Stuck Inside of Mobile with the Memphis Blues Again” into ambitious covers that shine without going over the edge. Old Crow — who have been touring on their Blonde On Blonde covers since last year, the record’s 50th anniversary — managed to make the songs their own, without making them cheesy — except for one, a tap-danced version of “Leopard-Skin Pill-Box Hat.”

There are still plenty of reasons to see Bob Dylan live, but if you expect it to still sound like the Rolling Thunder Revue Tour, you’ll obviously be disappointed. He’s a master arranger, who rarely plays the same song the same way twice, and is always backed by an insanely-talented band, with a voice that’s grown harsh over the years, but is still captivating in its own, very idiosyncratic, very Bob Dylan way — especially on 2006’s Modern Times and 2012’s Tempest, two records that add another layer of brilliance to a long career full of brilliance. But, it’s not going to be a portal to a half-century ago. Not everyone made a deal with the devil. Not everyone is Paul McCartney. And that’s fine.

Dylan’s songs have a long history of sharp covers, from Jimi Hendrix’s guitar heroics on “All Along The Watchtower” to Nina Simone’s one-of-a-kind vocals on “Just Like Tom Thumb’s Blues” to PJ Harvey’s explosive and experimental punk on “Highway 61 Revisited” to The White Stripes’ “One More Cup of Coffee” to Johnny and June Carter Cash’s “It Ain’t Me Babe.” With an enormous catalogue, and some of the most powerful lyrics ever written, Dylan has basically created his own songbook of standards, a series that can and has been filtered through various genre’s and generations.

Old Crow understands all of that. And they’ve reimagined the songs in a way that replicates the instrumental energy that was initially cut by a bunch of legends during the Blonde On Blonde studio sessions. And, more important, they get the power of Dylan’s voice, which was never pitch-perfect, but carried a rainbow of emotions, from intense anger to unfiltered sadness to thinly-veiled sarcasm. Old Crow’s covers of “Visions of Johanna,” “Stuck Inside of Mobile with the Memphis Blues Again,” “I Want You,” “Sad-Eyed Lady of The Lowlands,” “Most Likely You’ll Go Your Way and I’ll Go Mine” and “4th Time Around” captured that. Essentially, they took a batch of Dylan songs, made those songs their own, and played them as passionately as they could, valuing attitude over perfection, which seems like a simplification, but it’s an equation that has seemed to work again and again for covering one of the best songwriters who has ever lived.