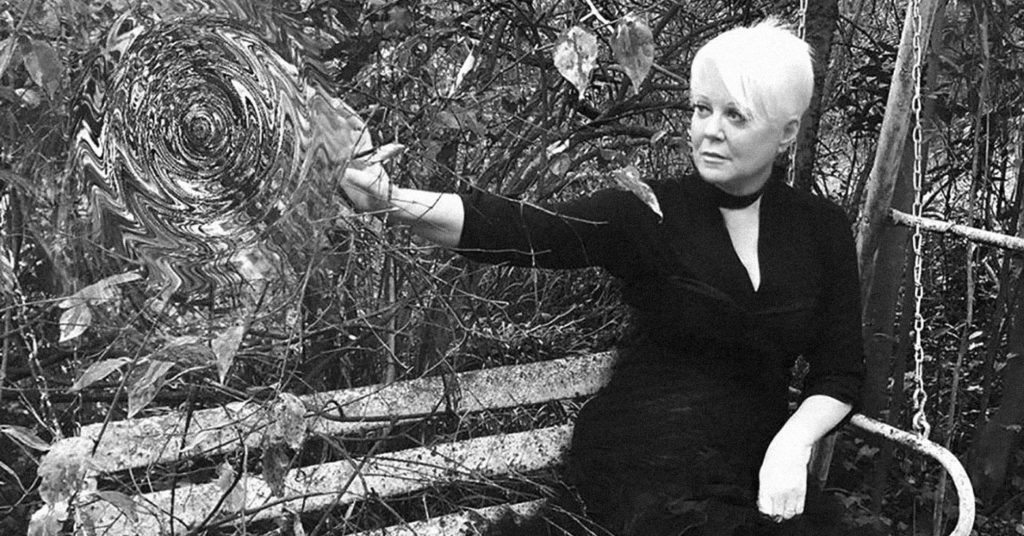 As part of the B-52’s, Cindy Wilson has had plenty of iconic musical moments, but they’ve always been within the group. With her just-released pair of solo-band EPs, she’s finally stepping out to try the new sounds on tour, which rolls through Louisville on June 30 at Zanzabar. Wilson recently spoke to me about the new music, as well as the 40th anniversary plans with the B-52’s.

This is your very first solo material after four decades in the business. Congrats! You’re finally a solo artist.
It’s not a solo as far as solos go. I’ve got a great band and we wrote together. It really lets me stretch my singing style and I’m trying to be conceptually modern. We’ve got a show that has images going on [in] the back. It’s very art oriented. I’m loving the way it’s going. It really is more than just solo. It’s great people and great musicians.

I know everyone’s pointed to the style, because it’s obviously not the B-52’s, which you were held to a particular sound. Are you able to let loose more here?
Yeah, we were lucky because we did have the freedom to do anything we wanted — but yes, there was a style that we did [in the B-52’s]. We did have a lot of versatility in [the B-52’s] and there’s so much creativity that, I mean, we have an amazing amount of old tapes that I’d love to go back and listen to them, because there’s great ideas that we had to throw away because they didn’t fit with the particular songs. But, yeah, we had a lot to choose from. An embarrassment of riches of ideas.

You’ve done so many styles over these two EPs — electronic, shoegaze, some great pop and psychedelic. All of it has a bit of this sultriness to it. And I see you keep hashtagging things #TurboChill, which really sums it up.
That came from a morning show interview and they had #TurboChill and we thought that was the best thing. So we decided to use that. But, fans that were expecting B-52 rock — there’s more slow songs. But, now we’ve been putting more rockers in, so there will be more uptempo stuff on the tour, too.

I love the slow material. “Sunrise” is beautiful. Is there a thread between the two EPs, Supernatural and Sunrise? Or is it just how the songs landed?
Basically how the songs landed with the EPs. But we’re having a record come out. We have a West Coast record label lined up, but I can’t tell you who it is yet. But it’s due to come out in November, I think. We did study how to sequence the songs to have a flow and a meaning, and it’s really wonderful how the record and the show flow like a natural, organic river or something. It doesn’t ever stop till the end, so it’s like a ride. It’s really arty.

Is the album going to be these two EPs put together, or more songs?
No, there’s more songs.

That’s a lot of music right at once for a new band.
I know. We’ve been writing for three years, and we’re going to keep content going. I think that’s the modern way. Content, content, content.

It is really surprising, too, because you never know what to expect when someone steps out, especially when you’ve been so known for something.
People think I’m crazy for doing it. But I just love doing it. It came out so well. I’m going to get out there, by God, and we’re going to do this thing. So I’m excited.

And by the time you’re done with it, it’ll be the 50th anniversary.
Ha!