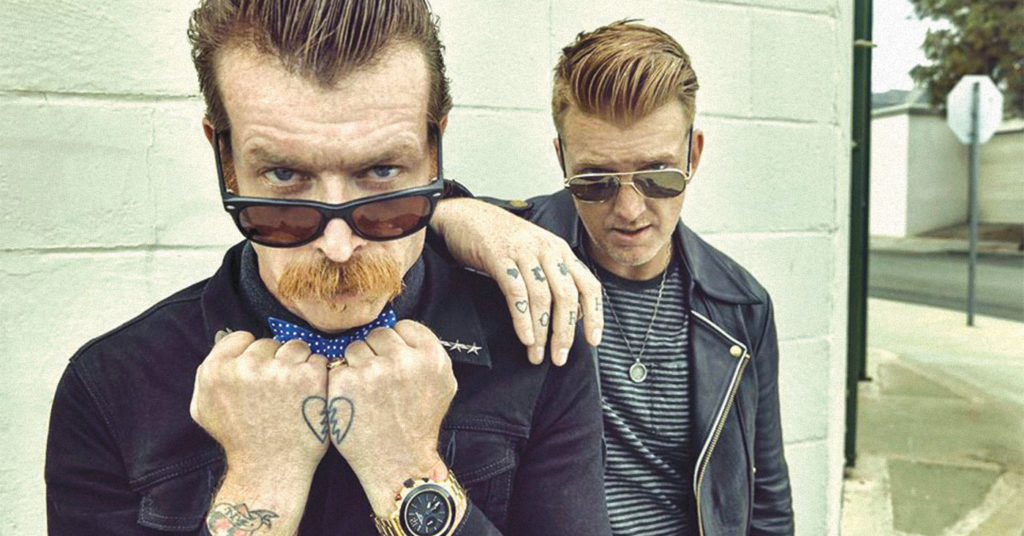 Tristen
Zanzabar
Saturday, June 24
Tristen Gaspadarek is an indie-rock, shapeshifting songwriter, whose sharp lyrics are in the center of a constellation of instrumental ideas, from nostalgic California sunshine rock to dark twangy singer-songwriter to bursts of synth-pop. For only having a few albums out, the Nashville-based Gaspadarek has established herself as a chameleon, able to twist and transform her words into a bunch of different directions.

Eagles of Death Metal
Mercury Ballroom
Wednesday, June 28
Eagles of Death Metal plays sleazy, throwback rock envisioned by Jesse Hughes, one of rock’s few remaining wild cards who says a lot of crazy shit, but creates big, sweeping hooks that are addicting. Sounding like if the Rolling Stones hazy years resulted in TV commercials for Viceland, the band’s songs are well-positioned at the crossroads of catchy and dirty, pulling from the accessible early rock years of American Bandstand as much the drug-gobbling titans from the genre’s most dangerous times.