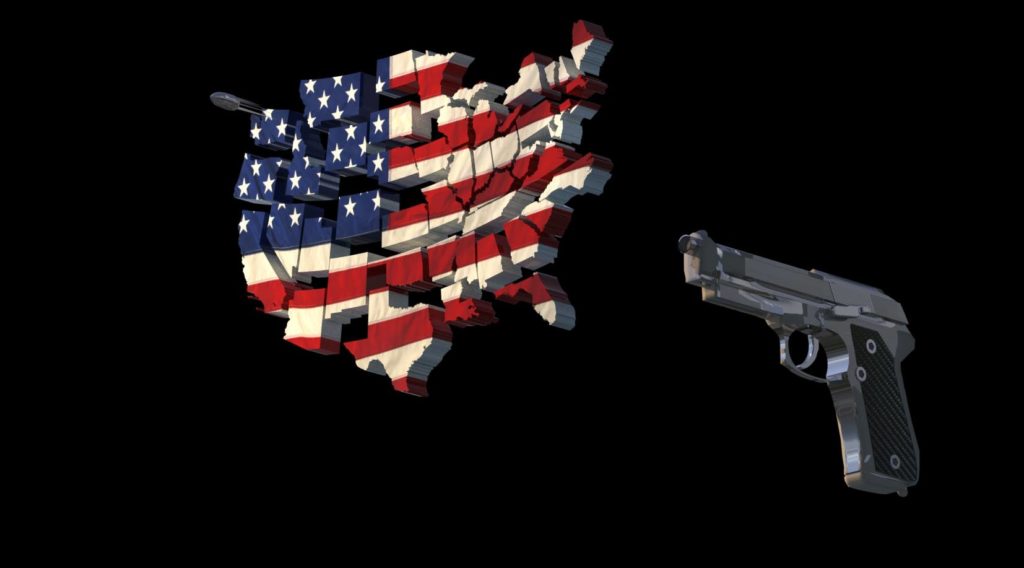 Last week, I wrote a column about the abdication of leadership in addressing the gun violence in Louisville’s West End. I began by referencing the attempted assassination of U.S. Rep. Gabby Giffords. The subject was relevant because of our city’s record homicide tally, but I also knew it would become relevant again… soon.

That time is today.

The response to my article was, as usual, mixed. Some agreed, some made their own points and some responded with tired talking points and clichés, such as: “Guns don’t kill people…”

I don’t usually respond to commenters, because I don’t want my word to be the final word, just a conversation starter.

Not today. It’s my turn again.

To those who responded with guns aren’t the problem: You have a serious problem. Your gun delusion has warped your judgement to an unreasonable, untenable position. The gun violence that plagues this country is uniquely American, and ours alone.

I don’t say that about you because we disagree. In fact, we probably agree on many of the gun-problem points — like how we treat the mentally ill is insufficient. No, your problem is that you don’t realize that your knee-jerk reaction was to an article in which I didn’t mention gun control, or any number of policies I believe in with respect to guns.

In fact, the only mention of gun laws was to criticize Democrats in Louisville, including Mayor Greg Fischer, for not being stronger advocates for any policy proposals. I said: I support the Democrats’ proposal to allow Louisville to regulate gun and ammunition sales in the city. Kentucky cities cannot do that now, without legislative approval … But our city’s Democratic leaders did not stand up for the proposal made by state Rep. Darryl T. Owens of Louisville in the last session.

I have written vehemently in the past about America’s gun problem, but that wasn’t this article. And yet some continued to send the same exhausted rhetoric that has saved as many lives as Gov. Matt Bevin’s prayer proposal.

The other issue, simmering behind my unusually-personal response, is that today’s shooting is personal. My dad has played in that congressional baseball game. He’s been to the same morning practices as the one that was ambushed this morning.

It’s personal because I had to send my dad a text message this morning asking him if he was OK. Not emotionally OK, but OK, as in… oh my god, please tell me you weren’t shot!

What’s worse, somewhere Rep. Steve Scalise’s family sent him the same text. I don’t know if he was able to respond, but speaking as someone who knew my dad wasn’t going to be on a baseball field, it still felt like the world stopped… until he called me back. And it took me back to the same gut punch I felt when Gabby Giffords was shot.

Is my dad more important than 7-year-old Dequante Hobbs Jr.? To me… absolutely. But not to Dequante’s mother. Not to the moms and dads of other children killed by gun violence.

So forgive me if this hit a little closer to home, but my dad deserves a response, as does Dequante’s mom and countless others.

For those out there who responded to my column with regurgitated NRA Kool-Aid: “It sounds like you are blaming guns for a 7-year-old boys death?”

You’re damn right I am.

The argument across the street didn’t involve 7-year-old Dequante Hobbs Jr. If the ensuing fight broke out involved fists, or even knives, it wouldn’t have come through his window and hit him in the neck while he was eating cake and playing on his iPad.

Or, “Do you not blame the stupidity, of the person who probably used a stolen gun to do the shooting?”

Are they stupid? Yes. Do I blame their stupidity? No. They didn’t pull the trigger intending to shoot a 7-year-old boy.

I find blame in that whoever bought the gun probably did so legally, before they sold it on the black market. I blame the fact that that person cannot be tracked down and held accountable for profiting off the weapon that killed an innocent child.

Right, laws have zero effect… because, like steroids, athletes use them for no reason. We are a country of laws. Do people break them? Of course. Will more people drive slower because there is a speed limit? Of course. I’ll admit I don’t have all the answers, if you promise not to pretend to be an expert in laws — particularly the fortune-telling, psychic variety.

Or: “It’s an attitude problem more than a gun problem”

Nah… To quote you guns-can-do-no-wrong folks out there, a gun has never killed anyone, crazy people with a gun kill people. Replace “gun” with “attitude” and you see how… crazy that sounds.

Again, are there bad attitudes — people who have little respect for life? Of course. But that attitude could have manifest itself as a fight, with bloody noses and black eyes or worse. It could have led to stabbing wounds or even death. What it wouldn’t have led to was an innocent child being killed in his own home.

So, sitting here today, do I blame a mentally-ill person for attacking Republicans at a baseball practice? Absolutely. Do I blame the politicians who allowed him to have a weapon made for military combat — not sport shooting or hunting — for the amount of pain he was able to inflict? You’re damn right I do. I also blame those who have stood in the way of holding accountable everyone who has touched that gun who allowed it to fall into the possession of a mad man. I blame those who have pocketed NRA dollars in exchange for preventing legislation that would prevent this lunatic from being sold a gun before a thorough background check — possibly mental health evaluation — could be done.

Mental illness is real. Crazy exists, while guns are manufactured. If the two can’t coexist, which would you rather eliminate?

The fact is, there is no reason this person should have had a gun, much less an assault rifle.

The problem is not with responsible gun owners, hunters and sport shooters. The problem is guns being so readily available, legally or illegally, that this man could access one.

This is an American problem, and it’s ours alone.