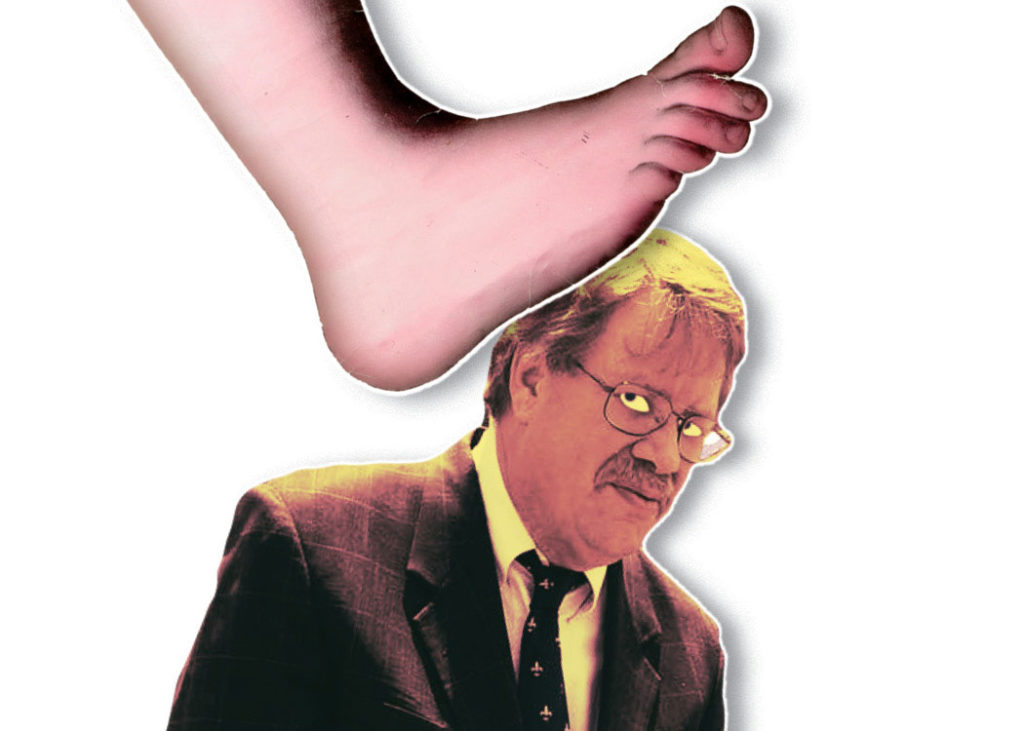 With recent sexually-charged allegations against Metro Councilman Dan Johnson, it is important to understand that actions and reactions have real consequences to the reputation of the council and distract from the real needs of his district.

The District 21 Democrat has said the incidents — three in the past year involving allegations of groping, flashing or inappropriate remarks — were accidents, and he has apologized. He has said he would seek counseling, but then he also has posted inflammatory tweets and sought to quiet his detractors by threatening legal action.

We may never know the truth behind the claims, but damage has been done. Pressure is growing from city leaders for him to resign.

And if the community members I spoke with are any measure, Johnson will face a tough bid for reelection, should he renege on an earlier promise that he would not run. Regardless, their comments bring into high relief what they want for their district, which covers the Iroquois, Beechmont and other South Louisville neighborhoods.

Like many of the District 21 folks with whom I spoke, it isn’t that Johnson has done nothing to help.

It’s that more is possible, and Johnson’s relationship with the council will be an obstacle.

“Seems more interested in using his position for himself, rather than the people of the district,” said resident James Fowler, 45. “His peers can’t work with him, making his position useless.”

Susan Miller, 42, who’s lived in district for four years, said good things have taken place under Johnson, including work on Third Street, but she’d like to see more emphasis on the cleanup of blighted areas, increased policing and better programs to address addiction and poverty.

“A good friend was in Kroger a few weeks ago and witnessed a drug overdose right in the middle of an aisle,” she said. “I wanted to vote for someone else in the last election, but there was no one else running.”

In April, social worker and child welfare advocate Nicole George, a Democrat, filed her letter of intent to run for Johnson’s seat. George is a native South Ender and has lived in the district with her husband and two dogs for 12 years. I met up with George on a sunny Saturday to discuss her aspirations.

“I filed to run in April before all of this scandal came out, largely because we have been underserved in that community,” she said.

George said she wants to bring, “fresh, ethical leadership” to District 21. “I think it’s important to know that I have a passion for the district. But I also have a personal awareness, as well as a professional awareness of the power of community, to positively impact the lives of its residents when supported and effectively executed,” she said.

And perhaps most important, the rest of the city must understand that, despite the claims against Johnson and the problems within the district, “this is not who we are,” she said.

Theresa Kehl, 48, a 38-year resident of Beechmont, said a bright spot under Johnson’s leadership is the imminent redevelopment of Colonial Gardens. But, she added, “I feel Dan Johnson should apologize and mean it, receive the counseling he mentioned and resign his seat. He needs to do what is right for our district and Louisville.”

Jane Ferebee-Grady, 38, who has lived in Beechmont for three and a half years, said Johnson helped solve a speeding problem on Bluegrass Avenue when a neighbor complained directly to him. “Dan did witness the dangerous conditions, had a police speedometer put in for a week, and got us a yellow line down the middle of the road. We appreciate that,” she said.

But other issues need addressing, she said. “We need someone to stimulate economic development. Create more places for children’s activities and resources for our huge immigrant community.”

Donald Taylor, 38, a second generation resident of Beechmont, said the chatter on social media about Johnson may be one measure of whether he continues to have district support.

“But do not see nearly as many people show up to community events and rarely is there a line at the polls,” he said. “If we wish to see change, we must be the ones to lead it and demand it across the board, not just from elected officials.”

District 21 is crucial to the economic and cultural health of Metro Louisville. It includes much of the Louisville International Airport and the Kentucky Exposition Center. Culturally, it is the most diverse area of the city with a population that is 51 percent immigrant and speaks over 100 languages.

With its working-class ethos and a growing population of immigrants who want nothing more than opportunity on a level field, the district values relationships with neighbors, a currency greater than cash.

Or, as George said: “One of the strengths of The South End is that South Enders tend to be very loyal, and we take care of each other. When we’re at a place when folks are saying there’s need for change, that’s significant.”

Johnson would do well to pay more attention to that.