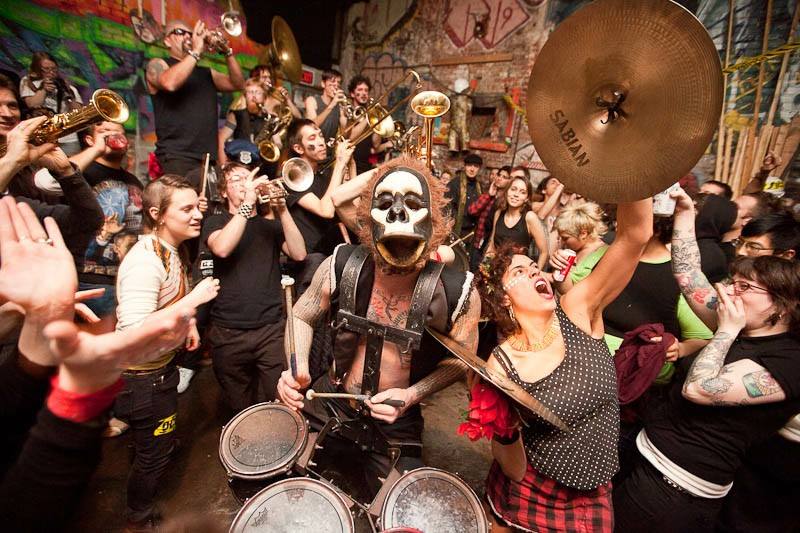 David Lynch: The Art Life at Speed Cinema (June 23–25)
Speed Cinema
$9  |  Times vary
If you have a penchant for the odd, the strange and the unsettling, then you’re probably a fan of David Lynch. In this documentary, you get to explore the life of the auteur through his “art, music, and early films, exposing the recesses of his unique world full of contradictions.” In the film, the crew is invited into Lynch’s private compound and painting studio where he reveals personal stories that “unfold like scenes from his films. Strange characters come into focus, only to fade again into the past, all leaving an indelible mark.” —Staff

Patio Movie: ‘Mystery Train’
Lydia House
Free  |  9:30-11 p.m.
Take a break from your usual weekend party routine, and enjoy a laid-back night at Lydia House with a screening of the bizarre, yet enchanting film, “Mystery Train.” This anthology film, written and directed by Jim Jarmusch, follows coinciding stories of “a Japanese couple on a blues pilgrimage,” an “Italian widow stranded in the city overnight” and the “misadventures of a newly single and unemployed Englishman,” all linked by a gunshot. And even better, Lydia House’s kitchen and bar will be open. —Ethan Smith

Kentucky Craft Bash
Waterfront Plaza
$50-$75  |  1-7 p.m.
Join the Kentucky Guild of Brewers as it hosts Kentucky Craft Bash. This brew-fest promises to be the largest beer festival in the state, showcasing beers produced by over 30 Kentucky brewers (and over 70 varieties of beer). Some brewers will even have exclusive, experimental beers for you to test. —Staff

What Cheer? Brigade! Benefit For Louisville Books To Prisoners
The Mammoth
$10  |  9 p.m.
Things are going to get weird at The MAMMOTH this weekend as What Cheer? Brigade, a 20-piece, punk marching band will play their asses off to help send books to prisoners. The show is a benefit for Louisville Books to Prisoners, a group that provides “resources to the incarcerated and those impacted by incarceration while raising consciousness about the prison industrial complex.” Local punk rockers Boner City, Isolation Tank Ensemble and Hitachi Wand will also take the stage, so come wild out in support of an important cause. —Ethan Smith