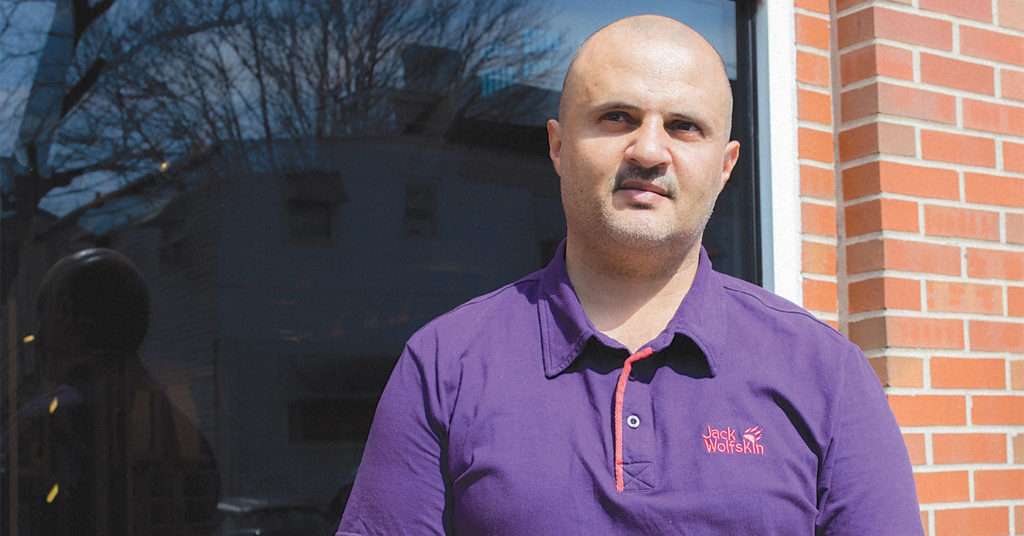 This is the fifth of seven stories LEO is publishing about immigrants in Louisville who came from the seven countries — Iran, Iraq, Libya, Somalia, Sudan, Syria and Yemen — that President Trump initially targeted with bans. Documentary photographer Amira Karaoud said about her series of photographs and interviews “Keep the American Dream Alive”: “Millions of civilians have been dying for the last few years and still do daily. Life expectancy has dropped. Does it matter what religion these refugees believe in? Does human life even matter? What religion allows us watch each other die when we have means to help?”

Why did you choose to come to the U.S.?

We didn’t really choose. When refugees apply for resettlement, they don’t choose. We are not in a position to choose where to go. There are some countries that accept refugees, so my family and I applied and waited [to see] who would accept us, and we were accepted by the U.S. We were lucky we only waited for three years to get accepted and came here, as all my information was easy to get, since I lived in China for the last 10 years.

What does America represent to you?

A safe place to live! My wife is Iraqi, and I am Yemeni, and together we can’t live neither in Iraq nor in Yemen. She received a threat when she was in Iraq, as she is Shiite, and I am Sunni, and vice versa for me in Yemen. As for our son who is 13, it’s even worse for him: If he goes to Iraq he is considered Yemeni, and if he goes to Yemen, he is Iraqi; so for him, he is definitely not accepted in either country.

How did the ban order affect you?

I think we are lucky. We came to the U.S. right before the ban order took place. But, in terms of how it affects me? We are here legally. I wasn’t scared when the news came out, because it would be illegal to send us back. It’s even against human rights. On the other hand, if I want to bring my mother, who is back in Yemen, 70 years old and definitely needs me, I won’t be able to help her, and it is depressing, especially knowing that she is in danger in Yemen.

What message do you have for America today?

Not to fight difference but, rather, ignorance. I think the problem in the world today is ignorance, ignorance about each others’ culture and understanding of our differences. If you only get your information from a source that shows you only violence of the other, you will become violent yourself. People should open up and learn more about each other.