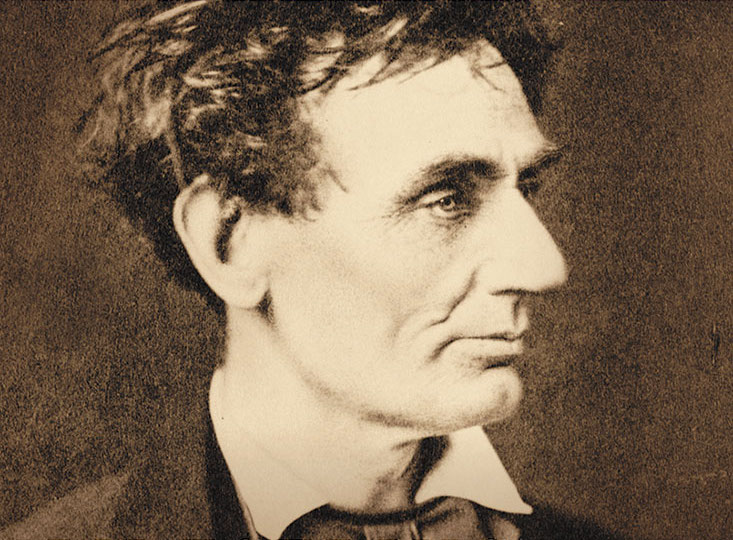 Sidney Blumenthal, who has a lengthy list of accomplishments as journalist (for the New Yorker and New Republic, among others) and as political adviser (with clients including Bill and Hillary Clinton), begins his new book with a cautionary note. He’s going to make demands of the reader — and he’s going to make demands of politicians, and he thinks all of us should do likewise. Here’s an excerpt from the prologue to his book about Abraham Lincoln’s least-famous period:

“To do Lincoln justice, the history must be done justice. Lincoln would be diminished, simplified and flattened into a one-dimensional character without the complexity he had to work through. Unlike smaller politicians, he had a long historical view but applied it in fine detail as he went along.”

You’ll see plenty of evidence for Blumenthal’s eye for fine detail in “Wrestling with His Angel: The Political Life of Abraham Lincoln, Volume II, 1849–1856.” The author will be speaking this week at the Library’s Main Branch.

LEO talked with Blumenthal by phone recently — and found him particularly well-prepared for the interview. He was ready with stories about how Kentucky politics — and society — were important to the seasoning of the man who would become our 16th president. He cited the underappreciated role of Cassius Marcellus Clay. (“The cousin of Henry Clay. He grows up almost like the brother of Mary Todd — who’ll become Mary Todd Lincoln.”) Blumenthal also weaves a well-researched path through the “Todd Heirs” legal proceedings, which brought anti-abolitionist forces into considerable economic power in the Commonwealth. The future president watches carefully, accruing lessons on how to make progress despite an atmosphere of political turmoil.

This book, the second in an anticipated four-volume series, begins “with Lincoln entering his political wilderness — and ends with him coming out of it and becoming the Lincoln we know in history, claiming his place and getting his voice,” said Blumenthal. “He’s seemingly deep in the background. He has returned to Springfield [Illinois], after one term in Congress. He’s not achieved much … But over time, the entire political order disintegrates and falls into chaos. The parties that had seemed eternal just come apart at the seams. The coalitions that had held them together no longer made sense.”

The Temperance movement has the power to turn states dry. Anti-Abolitionists are reversing the compromises forged by Henry Clay. But even more of a threat to our young nation is the nativists and their American Party, which as Blumenthal relates, passed a platform in which “only native-born American Protestants could hold public office in the United States. Lincoln abhorred nativism. In private letters, he compares it to slavery … and says that those who believe in it ought to go to a place where that sort of oppression is straightforward. And he says, ‘Russia, for instance.’”

The author seems to enjoy letting that reference sink in. He can draw ready comparisons between the years covered by this book, which saw the end of the Whig Party, and recent times in American politics. When asked about the status of our parties he sees them “in great flux today. Trump is certainly putting enormous stress on the Republican Party. The fact that he came forward — having no history in the party — and seized its nomination in a kind of hostile takeover, showed its internal corrosion … The Democrats have problems, too, that they have to overcome. Lots of internal tension in dealing with a changing coalition.”  •

The tale of a family across generations often arrives at the bookstore after having been ginned up into an epic saga. The debut book by this former Spalding University instructor could’ve been a candidate for such potboiler treatment — but she’s considerate of the reader’s time, and she doesn’t want to dilute the powerful economy with which her themes are delivered.

The result is called “A Suite of Stories.” It also can be considered a novel with minimal subplotting and no filler. It begins in the 1930s, centered around a determined woman who’ll seize opportunity to escape a rundown, rural Kentucky community. Her capacity to handle circumstance is spelled out very realistically, even as she sizes up her own possible worst-case scenario: “’That’s all people of this town expect of a woman — marry some lazy drunk, have his babies and put up with his guff the rest of her life.’”

By the end of this modestly-sized (but by no means undernourished) volume, the reader watches the daughter leaving behind middle age, wizened and philosophical: “It is, after all, only human to reflect; to ponder, muse, ruminate and second-guess decisions and choices and judgments … Chalk it up to humans to resist our inner nature. Chalk it up to the trees and to never question …”

Both mother and daughter will see untimely and tragic loss. They’ll both have to answer to their own needs, and continue to move forward for themselves and their kin while wondering where they may have made mistakes.

Hanratty keeps a taut handle on the reader’s attention through a canny choice of structure. Though the book is strictly chronological, its narrative viewpoint isn’t even symmetrical. The earliest trio of stories (pre-Kennedy administration) is each told by a different character. The youngest daughter is the voice for all of the later stories — allowing some grounding and consistency to anchor the part of the book that gradually becomes more reflective.

In between these sections is a single short story that achieves a lot. It stirs the pot with the potential for a plot twist, and yet it cleanses the reader’s emotional palate. It foreshadows a shift in themes — using a slightly outlandish device to point toward the increasing presence of nature in the author’s concerns.

With its plot motifs and character voices, the collection as a whole can be appreciated for a number of outsize achievements. Themes come across with power and poignancy: family legacies — especially how one generation holds back its successors. What it takes to fight against such an undertow, when day-to-day living challenges us all to enough fights.

On a more visceral level, Hanratty’s tale speaks clearly and directly to how the timing of pregnancies can make all the difference in a woman’s entire adulthood. But she also finds room to speak to more esoteric considerations, like how wisdom is found within and outside of families — and within houses and outside, in the landscape.

Before you decide on a summer read based on the old notion that a thick page count is likely to help you get the most out of a thought-provoking tale of how a family navigates through decades, consider this alternative.

Gayle Hanratty will be reading at Spalding’s “Celebration of Recently Published Books” at the Brown Hotel’s Gallery Ballroom Thursday, June 1 at 5:30 p.m. Admission is free. •