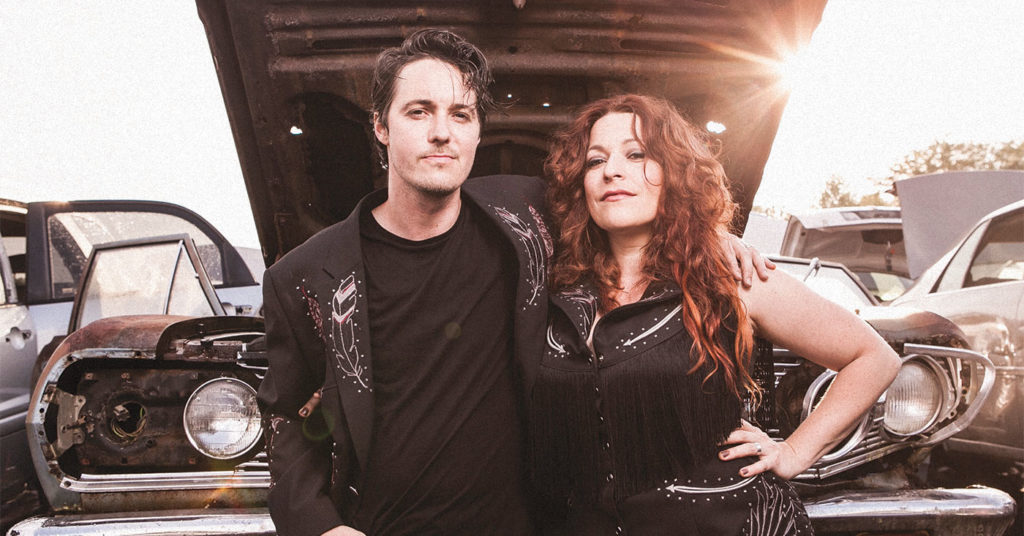 Shovels & Rope’s latest record, Little Seeds, retains the rowdy and twangy rock sound of O’ Be Joyful and Swimmin’ Time, but shows some growth, both musically and lyrically.

“I think every time we approach a new record, we want to expand the sonic landscape,” said Michael Trent, who is one half of duo, the other being his wife, Cary Ann Hearst. “We just want to try and do some new things, and we’re always learning how to play new instruments. We like to be able to do a little bit of everything and are always trying to learn and approach a song with a whole new set of ideas that we haven’t done before. That’s always really exciting. So I think we’re stretching out a little bit more on this record and we’ve got a little bit more hair on it.”

That follicle growth is most apparent on the impressive opening track, “I Know,” which is arguably the most plugged-in, hard-rocking song the duo has recorded. But Little Seeds is plenty diverse, with songs that range from the spare balladry of “St. Anne’s Parade” and “This Ride” to the rollicking country rock of “Botched Execution” to the measured thump of “Johnny Come Outside.”

Lyrically, Little Seeds moves away somewhat from the story-song style featured on the first two albums, adding a more personal and topical dimension to the album.

The social commentary is most evident in “BWYR,” a nearly a cappella call for unity with a haunting tone that reinforces the gravity of the subject matter. Meanwhile “Mourning Song” and “Invisible Man” were inspired by Trent’s father, who is battling Alzheimer’s disease.

Before Shovels & Rope, for more than a decade, Trent and Hearst (who married in 2009) pursued separate careers in music. Hearst released her first solo CD, Dust and Bones, in 2006 and followed that with a 2010 EP, Are You Ready To Die, and a second full-length, Lions And Lambs, in 2011. Trent, meanwhile, spent years in a band, the Films, until that group split in 2009 and also made a pair of solo albums along the way — a self-titled effort in 2007 and The Winner in 2010.

Trent and Hearst said they plan to play a good number of the new songs on tour, but fans can expect the tunes to take on different dimensions live. That’s because Trent and Hearst tour as a duo switching off playing guitars, drums, harmonicas and other instruments, and some songs need to be re-arranged to work with the limitations of having only two musicians on stage.

Trent said they like what the two-person format does for the songs.

“I feel like it keeps it fresh for us, and more fun,” he said. “We have more instruments to pick from now that get thrown into the mix. But you can do a lot with very little to make really interesting arrangements. I think we dig that. I feel like it’s more of a fun show for the audience to see how we’re going to pull it off.”

The creative chemistry and spirited personality that has impressed many music critics seems as strong as ever on the new album. And not only are they still happily married, in September 2015 they welcomed their first child, Louisiana Jean, into their family.

Their baby daughter has joined her parents on tours, and both Hearst and Trent say the dual roles of being parents and touring musicians mixes quite well.

“It’s really awesome, actually,” Hearst explained. “We have the convenience of a great crew and a comfortable bus that we can have a routine — all the things you need to raise a happy kid, except we’re just in a different city every day. The three of us are always together with our nanny, who hangs with the baby while we play. So far, so good, and it certainly makes some of the stuff that you got caught up in before kids seem stupid.”

“It keeps it real. It’s awesome,” Trent said. “We look around at a lot of our friends who have young kids. They’re going to day jobs and they have to work it out and plan child care. We actually feel really, really lucky that we get to spend so much time with her. We’re with her all the time.”

Trent and Hearst waited until after Louisiana Jean was born to record Little Seeds. Like their previous albums, 2012’s O’ Be Joyful and 2014’s Swimmin’ Time (as well as the 2015 covers album, Broken Jukebox Vol. 1), Little Seeds was made at the couple’s home studio.

And they quickly found that parenting threw some new twists into the making of the album.

“Babies don’t pay attention to schedules,” Hearst said. “Newborns don’t care that you have a session scheduled at 10 in the morning.”