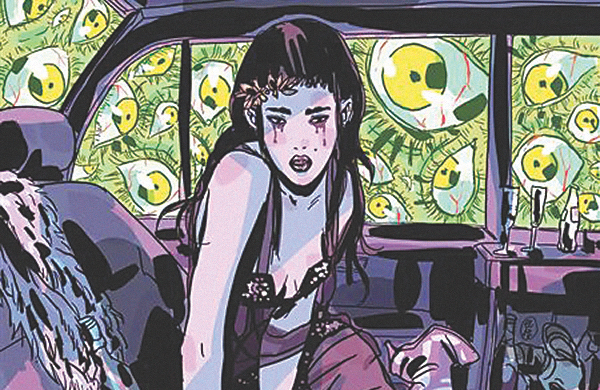 Whether he’s singing in his bands Drug Church and Self Defense Family, or being the most entertaining Twitter personality out there, Patrick Kindlon has a take on life in the 2010s that is unlike any other. It’s ridiculous and excessive, full of mornings spent eating avocado toast and obsessing over Snapchat filters; and we should wholeheartedly accept it. We should be more ridiculous and more excessive. “Embrace the void,” as he would say.

Last year, Kindlon and his writing partner Matthew Rosenberg wrote the amazing miniseries “We Can Never Go Home” for Black Mask Studios, which is the comic book equivalent of that indie music label none of your friends know about (but you love it with all your heart because of that). Rosenberg moved on to write the best book Marvel is putting out, “Kingpin,” but Kindlon is back with Black Mask for his new horror book “We Can Never Go Home.”

This is a horror for David Lynch fans. For “Get Out” fans. It’s weird. It’s sexy. It has some of the most beautiful art, toeing the line between watercolor and something out of a fashion sketchbook, courtesy of Maria Llovet. So far, only the first issue is out, so there’s not much to say about the plot that wouldn’t be a massive spoiler, but the basic premise is an apathetic socialite gets wrapped up in some occult craziness. It’s Kim Kardashian getting thrown into the world of “Twin Peaks.” The first issue seems to be more set on world building than moving a ton of plot along, but it hits all the right notes, and has a great twist on the last page that will make your hair stand on end.

So far though, this book is full of potential, and is oozing with style. There’s no other way to put it, this book is just plain cool. 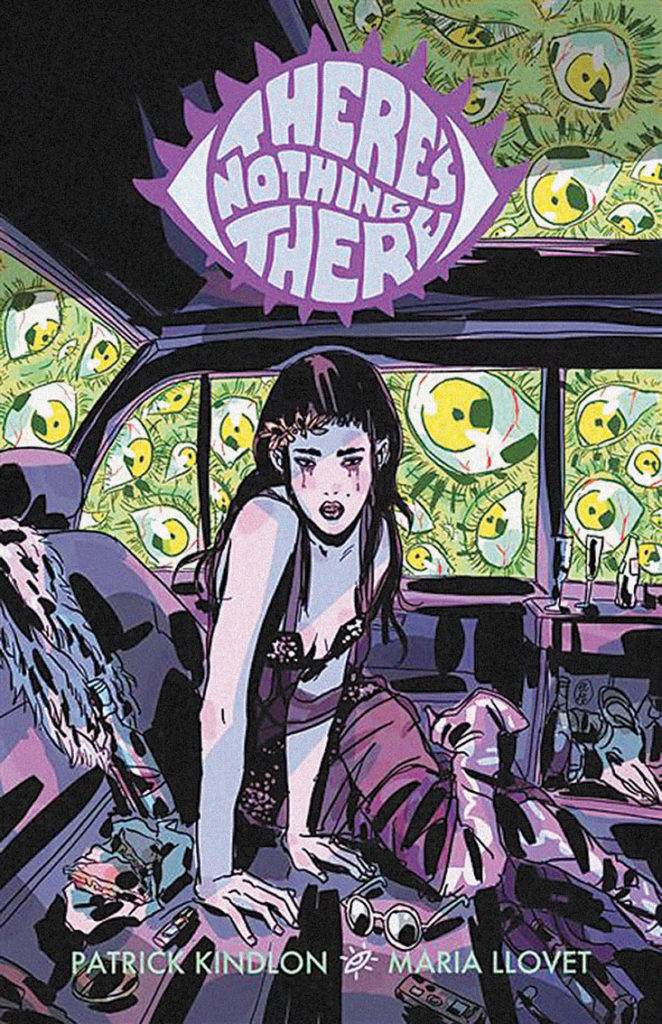