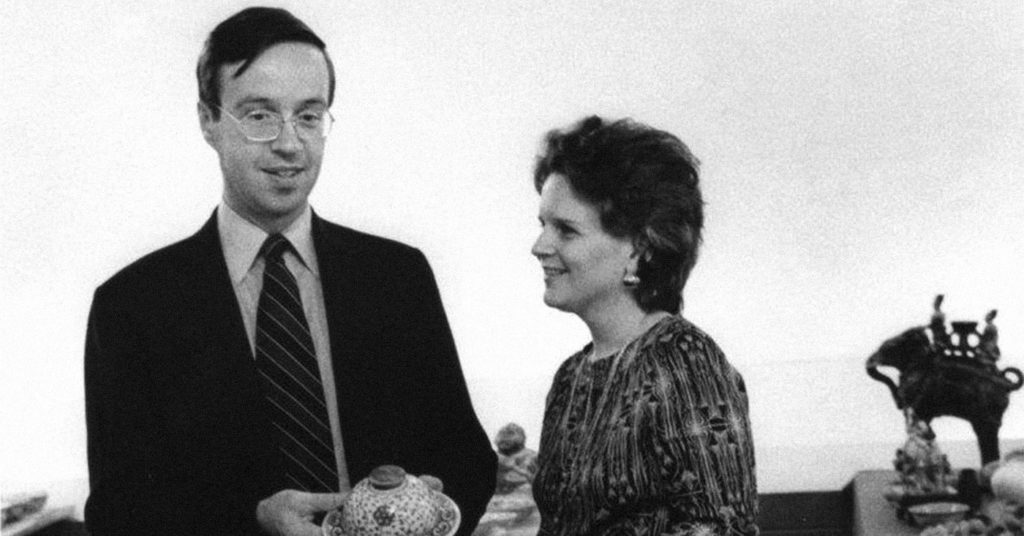 This is the Case of the Missing Director.

I recently wrote an op-ed piece stating the Speed Art Museum needs to consider selecting a woman and/or minority for its next director (see April 12, LEO Weekly). Right after the issue was published, I was told I had missed a director, Jesse (Jay) G. Wright Jr., who was at the museum in the mid-1980s.

“I know he was there because he hired me,” said Amy Stewart, who had worked there as a researcher.

Wright would fit in between Page and Morrin.

After rechecking my sources, including the Speed’s website, which does not list him in the museum’s history, the hunt was on. My first stop was the museum itself. I emailed Public Relations Manager Laura Ross to ask if Wright was a director. “I believe so,” she said. “I’m trying to confirm right now and will let you know. We’ll update the website — thanks for the catch.”

Meanwhile, I decided to research the Speed’s archives. Ross directed me to the UofL Archives & Special Collections, the current depository of the museum’s past records, files and notes. I lucked out when I met Heather Fox, archivist for Manuscript Collections; she had been the archivist in charge of transferring the 180 boxes of records from the Speed to UofL. She knows their archives intimately but was not familiar with Wright. After checking the museum’s computer files, she stated they did not have a director file for him.

Thank goodness for interns. The UofL Archives intern Hannah O’Daniel searched through the folders of Page and Morrin (directors before and after Wright) and found a few items mentioning him. As a result, Fox said they will create a director’s file for Wright.

Why did he leave after a year-and-a-half, why is there so little information on him and why he is not included in the Speed’s online history?

Some of the answers come from previous employees. Stewart believes Wright was fired because of clashes with the Board of Trustees. “I had four or five months with him,” she said (she had been hired to do research and programming on the English Room). “I thought he was very interested in making the museum more accessible, make it more invigorating.”

Melanie Prejean-Sullivan was the registrar under Wright. “He was a good man with a big heart and great ideas,” she said, “but he followed a giant [Page] and worked with trustees who were not on the same page. Those were both huge obstacles. He never spoke about the ordeal to me or disparaged the trustees at all.

“I now realize that what happened to Jay was a sound reason why there should always be an interim head of institutions after a long-tenured leader has retired or departed for other reasons. Interims help heal the shock of loss and give the institution a sense of perspective so the old head isn’t a ‘saint’ and new ideas have a way of growing.”

No one said it better than Page himself. In an interview with writer Samuel W. Thomas, Page mentioned Wright.

“I knew that retirement was bound to come … I had been there a long time — 22 years … I didn’t like the timing, the transition and all that. I remember they had Jay, what’s his name, Wright, come before I left, which I though was pretty horrible … Wright evidently alienated everybody. I didn’t have much to do with him, actually, so I did not see that. I had no say in his selection, not at all. It is just as well. You ought to be glad you didn’t have something to say, if it turned out to be a lemon, particularly,” Page said in the interview, which is included in documents about the Speed Museum’s history and is stored at the UofL Archives and Special Collections.

Wright was asked to resign after a little more than a year as director. Do I think his elimination from Speed public history is on purpose?

Contemporary museum employees do not have the institutional memory to remember Wright, although there is one person still at the Speed who worked with him, CFO David Cannon Knopf (he was unavailable for comment). The published list of directors is what they, and the public, know.

Errors are perpetuated. For example, the exhaustive “The Encyclopedia of Louisville” does not list Wright under its J. B. Speed Art Museum entry (the other directors were mentioned). The Courier-Journal announced his arrival and departure in the mid-1980s, yet it failed to mention Wright in a 2016 article about the Speed’s reopening after renovation (the other directors were mentioned).

But the time directly after Wright’s abrupt resignation is another story. The lack of information leads to the conclusion that there was a conscious purge, a focus on rewriting history. It’s hard to argue the historical timeline on the Speed’s website is a generalized overview when Wright is the only director not listed. After a while, people forgot about him. There’s not even a photograph of him in the UofL’s Photo Archives.

Why this happened is unanswered.

I spoke with Wright, now 77, regarding his ouster. “Well, all organizations transition,” he said, laughing. “It was a delight to work with the people and be in Louisville, a pleasure to work with Lee [W. L. Lyons] Brown [Jr.] and Wendell Cherry.

“Page had his friends. The situation needed a lot of changes to be made and I made them. I didn’t get in arguments with anybody, really. I made the changes, I did the hard things [that] probably needed to be done, but nobody likes the bad guy.”

If we’re lucky, historical events resurface and we can correct past inaccuracies, as in this case. Welcome back, Director Wright.