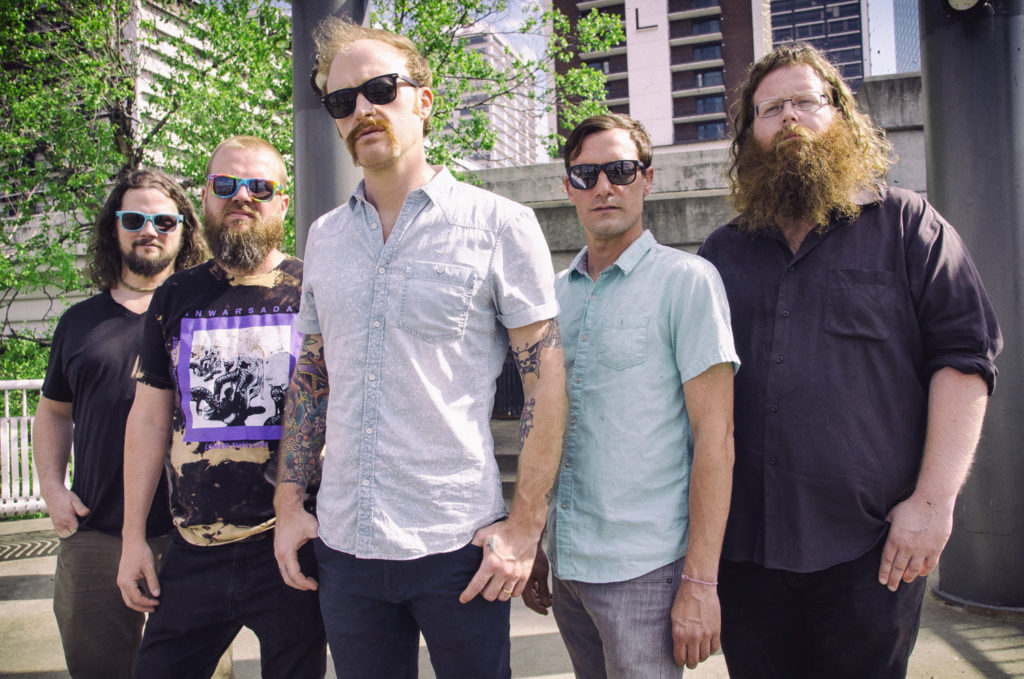 White Knight — “Running Slow”
There is a fragility that runs just underneath the otherwise muscular riffs of “Running Slow,” the newest single by psych-rockers White Knight, that lends a vulnerability to the track. The main riff is morose and bit dour, melodic but in a minor key — Peter Gabriel-era Genesis meets Pink Floyd with a dash of stoner rock thrown in for good measure. The guitar tone here is really dialed into something fresh, electrified and brittle at times, even almost icy, cutting through the warmth of the bass. Just over the din are vocals filled with sorrow, ruminative at best, and certainly thought-provoking. What is running slow? What is the problem that you can’t solve?

Bird/Trooper — “Waves”
Another day, another band featuring Dave Bird in the mix. You might think that would imply a quality problem, but it’s quite the opposite: For someone with such a high output, he has a remarkable track record. Joined by his partner on lead vocals, a glockenspiel and the world’s heaviest kick drum, the two make the kind of deeply pensive and atmospheric music that would make Low weep with envy. This is certainly heavy, but accessible — an indie gospel chorus of contemplation, perfect for looking up at the sky and thinking about what is out there. This is American Gothic at its most austere, a stark and foreboding landscape just before the storm breaks.

Bryson Tiller — “Get Mine” (feat. Young Thug)
In one of his first interviews, Bryson Tiller came out swinging on the local hip-hop scene, suggesting that there wasn’t much there. It’s hard to jibe with that message, but Tiller ended up putting out a truly remarkable record. His return only continues that trend. The beats here are fat, and the trap work is tight and clean, but never distracting. Tiller’s voice leads the charge here, which is very bright in the mix. There is some kind of electronic element to his voice — likely a tasteful amount of Auto-Tune — that makes him sound like a cyborg, which, intentional or not, lends meta-commentary to the state of popular music in 2017, a pastiche of man and machine that blends for the greater whole. The second verse is handled by Young Thug, who offers a nice counterbalance to Tiller’s slick R&B with some grit and roughness.

Quiet Hollers — “Medicine”
An easy groove signals “Medicine” — the lead single off the band’s impending album — that is pop friendly, but cleverly put together. Each player works in tight unison, subtly playing their parts without ever stepping on one another along the way. There is no one person who steals the show, but rather the mutual ability to step back in service to the song, each member lending his requisite talents to the bigger picture. Singer/guitarist Shadwick Wilde has a relaxing voice here, higher in tenor, but never biting, with a smooth delivery. Quiet Hollers exude charm, a delightful listen with multiple layers that never strays from the central thesis of the track.

Natriums — “Poltergeist”
Taking a page from the Warp Records playbook is no small feat, at least to pull off with style and grace while adding your own touch, but Natriums absolutely delivers. There is magic in “Poltergeist” — the sort that manages to both live up to the namesake of the song, while simultaneously inducing an upbeat dynamic. How can something have such creepy elements and make you want to get up and move? The music of Natriums lives on sound design and composition, and there is plenty of quality to illustrate the skill on this instrumental track. There is a grittiness to the beat that implies real sampling and dedication to the craft, if only in the sense that none of the instrumentation sounds too clean or prepackaged, which goes a long way in creating atmosphere.

Mother Runway — “Know How to Swim”
If you’re looking for something light to kick off the season, look no further than Mother Runway’s “Know How to Swim.” A dream-pop number that leans hard into the pop side of things, this is easy and breezy, the kind of thing that you put on to tune out the hot, sunny days. You float to this, the boombox blasting at full volume, you on your back in a pool, not so much swimming as just maintaining, soaking in the rays and sipping on your special something. Their music transports you to a specific time and place, no matter what the outside world reflects.