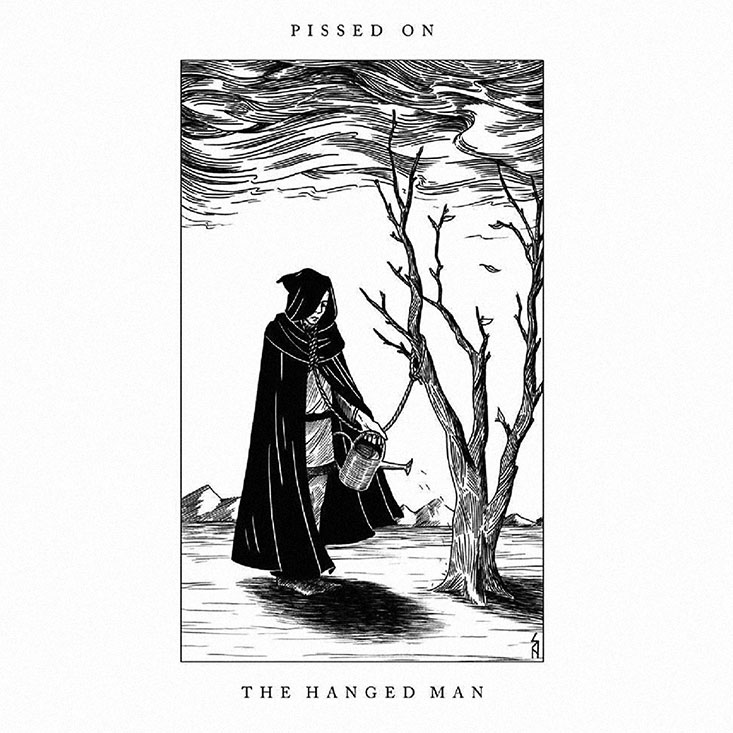 It should come as no surprise that a band named Pissed On comes out of the gate swinging, hitting hard. To continue this metaphor, the band connects on every level, with a blast of black metal fury. This is heavy, with an emphasis on enormous, de-tuned guitar riffs — sludgy, but never slow. It’s easy to imagine this played in a dimly-lit basement, the band in full executioner garb, hooded and malevolent, an ominous force. As such, this is a Frank Frazetta painting transformed into sound, an angry blast of unfiltered aggression, venting the frustrations of the world.