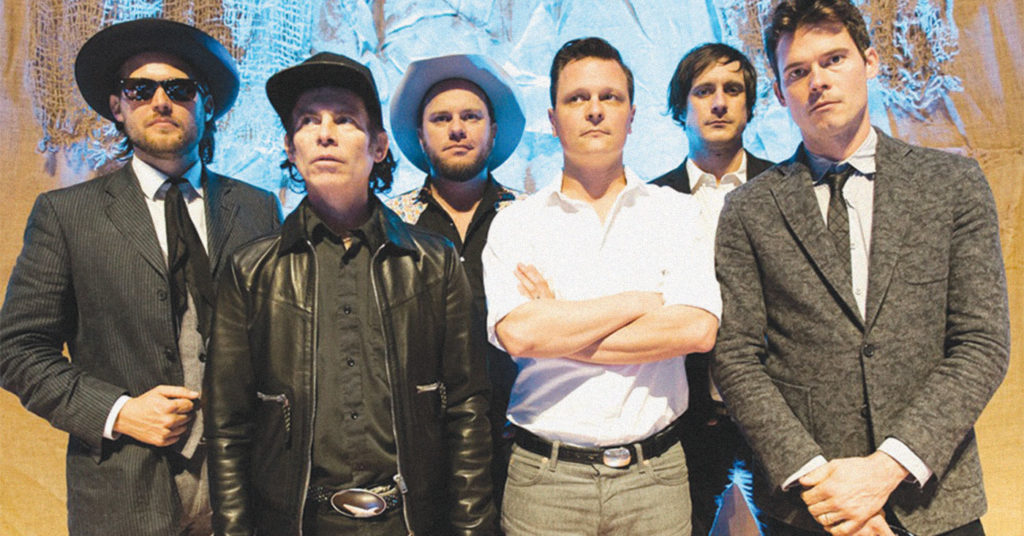 Old Crow Medicine Show is set to roll back through town this week as part of their extended 50th anniversary celebration of Bob Dylan’s 1966 classic Blonde on Blonde — a party that began last year in Nashville. In preparation for Friday’s show at Iroquois Amphitheater, where they will perform Dylan’s 14 obtuse-yet-timeless tracks, we caught up with frontman Ketch Secor by phone to get his song-by-song breakdown of Blonde On Blonde.

Rainy Day Women #12 & #35
Ketch Secor: “I just can’t believe Bob was singing that refrain at the top of his lungs in Nashville in 1966. You go to jail for that here, even now, 50 years later. Some of the other states have changed their tune on marijuana, but not Tennessee.”

Pledging My Time
“Bob’s got a clever way of showing the listener the signposts that point to where he got his stuff. Those origins include the mountain music of Eastern Kentucky and banjo pickers like Roscoe Holcomb. I was thinking about Roscoe when we came up with our version of this song.”

Visions Of Johanna
“If I had something to say at the edge of the White House picket lines it would be, ‘Ain’t it just like the night to play tricks when you’re trying to be so quiet.’ ‘Visions of Johanna’ would be my retaliatory strike on the current administration. Not ‘The Times They Are A-Changin’,’ not ‘Blowin’ In The Wind,’ not even ‘Masters of War.’ I think it’s more mystical than that and the point to be raised now is a spiritual one.”

One Of Us Must Know (Sooner Or Later)
“We intentionally stripped this one down and added some touches to make the instrumentation sound moodier. It also features that tender Critter [Fuqua] vocal.”

I Want You
“I remember driving up to see Bob Dylan open for the Grateful Dead at Giants Stadium when Critter and I were 15 years old and only had our learner’s permits. Through the 90,000 other people in attendance, somewhere off in the distance, you could sort of make out Bob up on the stage and you could sort of tell that he was playing, ‘I Want You.’ It’s always been one of my favorites, and it’s fun to play banjo on Bob Dylan songs. I would encourage your readers to do the same.”

Stuck Inside Of Mobile (With The Memphis Blues Again)
“‘The senator came down here showing everyone his gun.’ Sounds like Rand Paul, and your boy Mitch [McConnell], to me.”

Leopard-Skin Pill-Box Hat
“We went with a street-corner jug band version on this one. We were trying to imagine what it might sound like if Clifford Hayes had written it in Louisville’s Carpet Alley back in 1927. Sometimes at night, in my bunk, I like to picture Alison Lundergan Grimes in a leopard-skin pillbox hat.”

Just Like A Woman
“We borrowed this version from the one played at George Harrison’s Concert for Bangladesh, which was also a triple record set that raised a lot of money for starving and malnourished people and was a really important thing for a Beatle to do. George was just the cat to get all his rock star friends together for that kind of benefit. We couldn’t get Ringo [Starr] or Ravi [Shankar] but we had Critter.”

Most Likely You Go Your Way And I’ll Go Mine
“This one is our David Byrne/Talking Heads moment, where we get new-wave on your ass, Kentucky. Watch out for this one.”

Temporary Like Achilles
“We went with a country flavor. It’s a heavy on the steel [pedal guitar], tears in your eyes at the barstool, sleeping on your piano kind of thing. I really like the line, ‘I watch upon your scorpion who crawls across your circus floor.’”

Absolutely Sweet Marie
“George [Harrison] again. This is the way he sang it at the 30th anniversary salute to Bob that was a big show at Madison Square Garden, and they made it into an album when I was like 14.”

4th Time Around
“I think of this one as sort of like a shade of ‘Knoxville Girl’ or ‘Butcher Boy.’ Kind of a metaphysical Appalachian murder ballad.”

Obviously Five Believers
“Hillbilly Fever, man. It’s hard for us to play dirty-slow-blues like Paul Butterfield or Slim Harpo, so when we encounter a slow-drag blues number, we have to turn to the power of hillbilly music to pull us through.”

Sad-Eyed Lady Of The Lowlands
“We probably took more liberties with this one than any of the others. But we learned from listening to Bob that it’s the singing that’s sacred, not the song.”