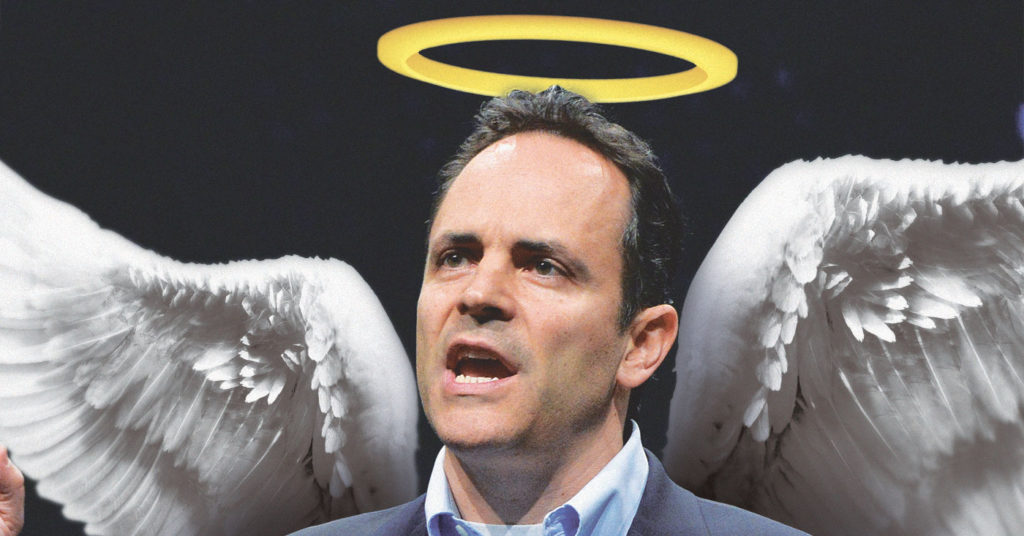 We wondered when the Louisville news media would begin to write about Gov. Matt Bevin’s refusal to answer their emails and phone calls. By April, we began noticing how increasingly Courier-Journal articles were saying his office had not returned calls — not even to issue a refusal to comment. A local website tweeted its tally of how many times Bevin’s office ignored its requests. But no story.

CJ contributing columnist Al Cross raised the issue in an April 14 column, but his piece that appeared first on the Kentucky Press Association’s website, and and then in LEO and elsewhere, explained why Bevin wasn’t commenting. Cross wrote: “Amanda Stamper said social media allow the governor’s office to ‘take our messages directly to the audiences we are trying to talk to, being able to break our own news, being able to control the message without having to go through the different filters that the media puts on things.’”

By the time The CJ got around to printing a story May 24 about the gubernatorial cold shoulder, Bevin was already on attack. He had posted a video that purported to tell “The Truth Behind Governor Bevin’s Media Policy.” He said the state’s largest newspapers “don’t actually seem to care about Kentucky,” and there “is nothing more transparent than live video, me talking straight to you.”

As transparent as bullshit.

Actually, it is a brilliant strategy for controlling his message. But, ultimately, it will further divide the state, as you can see from reactions to the video, pulled from the governor’s official Facebook page.

I did not know they were owned by out-of-state business. They report stupid stuff all the time that is not even a little bit newsworthy. Thank you for what you do in your communications. —Carrie Cottew

You are wonderful in how you present yourself and share information about the state. You make me extremely proud to be a lifelong Kentuckian. —Lisa A. Gipson-Potter

My mouth may have just touched the ground. I love how you are so open and honest and are not afraid to state your truth! Love this video! —Leslie Hatfield

This state hasn’t had a real leader in so long that they don’t recognize when they now actually have it! Thank you Gov. Bevin! —Robin Slone Shoebrooks

I like what you’re pitching. Just keep it coming, and always keep the people up front. It will show in the long run and the history books. And P.S., stay like you have been, a professional! God bless. —Mike Thompson

I think that you are doing a Great Job! and this video is right on! I like the video’s that you post, I prefer them over the fake news out there, keep up the good work!!! —Michael R. Maxwell

The people working at the CJ and H-L, including the editorial boards, are Kentuckians and care deeply about our state. The only reason Bevin said any of this is because he doesn’t like media that holds him accountable for his actions. Don’t be fooled folks. He can tell you what you want to hear all day long, but it doesn’t make it true. —Marcie Crim

Then why you gotta block citizens on Twitter? Are you not capable of being transparent? —Jeremy Greenwell

Remember Bevin trying to set up Democrats? He made a video, went to the wrong building and pretended they weren’t working. —Mack Brown

Why don’t you just answer the questions directly and people will stop asking them? Seems more simple than creating your own vlog or whatever this is. —Lauren Wheeler

Here is the thing — a free press is the integrity of democracy. If we only hear from you, governor, what makes us different than a monarchy, or some other non-American government? —Stephanie Maynard

I would encourage the governor to reject propaganda and engage the free press. Be bold governor. It’s the American way. It’s what Kentuckians do. —Shannon Ragland

Many Kentuckians do not have computers or interest in the internet. By ducking the real media, you do a disservice to many citizens. What are you so afraid of? —Liz Waters