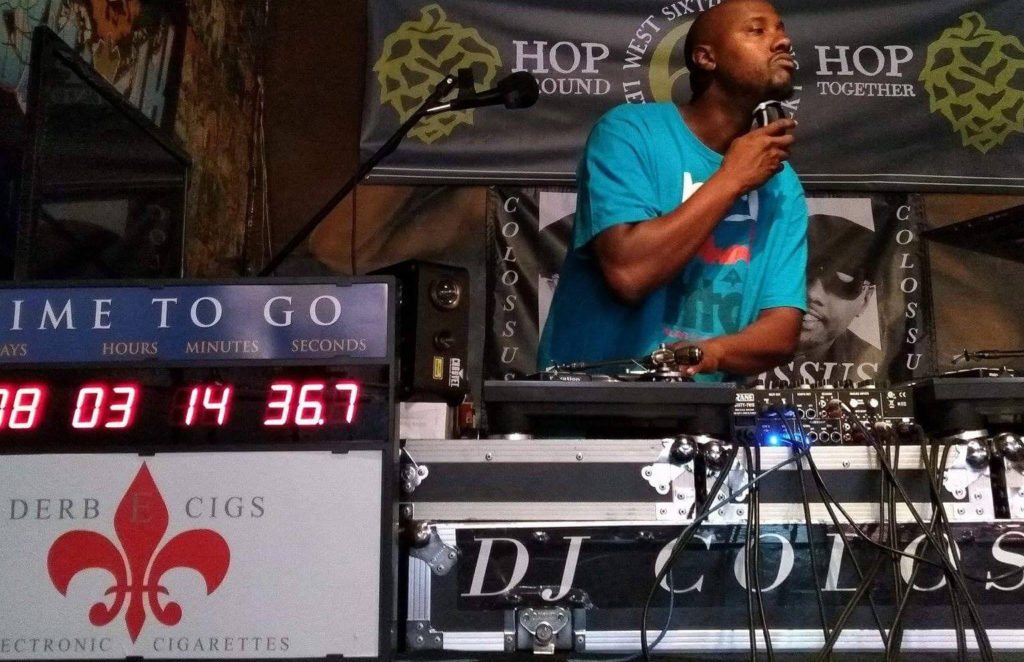 Chauncey Graves, otherwise known as DJ Colossus — a producer, beat maker and open-format DJ — broke the Guinness World Record for longest DJ set, which lasted more than 10 days. Graves started on April 20 at noon and continued until 5 p.m. on April 30, beating previous record holder DJ Obi, of Nigeria, by three hours and 56 minutes. It was hosted by Spinelli’s Pizzeria, which kept its doors open to the public for the entire event.

Graves spent the majority of that time awake and at his station. The rules for the record were: For every hour he performed, he was given a five-minute break. His plan out of the gate was to DJ for 12 hours straight, accumulating time to rest.

“Every day I struggled, but I was still able to get in the zone. After the third day, I couldn’t count or make full sentences,” Graves said. “The last day was the hardest. I was confused and hallucinating. I thought I was DJing in a kitchen. My mind was beginning to break down, so I had to stop and not push any further.”

Growing up in a single-parent household, Graves found himself caught up in street life, troubled and directionless, until the birth of son in 2004. Graves met with DJ Sizzle, a one-armed DJ who got him fired up to pursue the craft himself.

“I relocated to California to continue honing my skills on the turntables,” he said. “Living out of my van, I constantly grinded every day to play gigs, using money to upgrade equipment to provide better shows to his audiences. I would even find outlets on outdoor light poles to plug into to DJ, always working on mastering the craft. I couldn’t let go of the passion, it got me through moments of despair and struggle. It was DJing that saved me from a life of the streets.”

He took that passion for music into this challenge as well, employing a variety of strategies. Graves played music to fit the mood, family-friendly music during the day, and grittier beats at night, mixing in and out of playlists, while taking audience requests, staying alert to the temperature of the crowd.