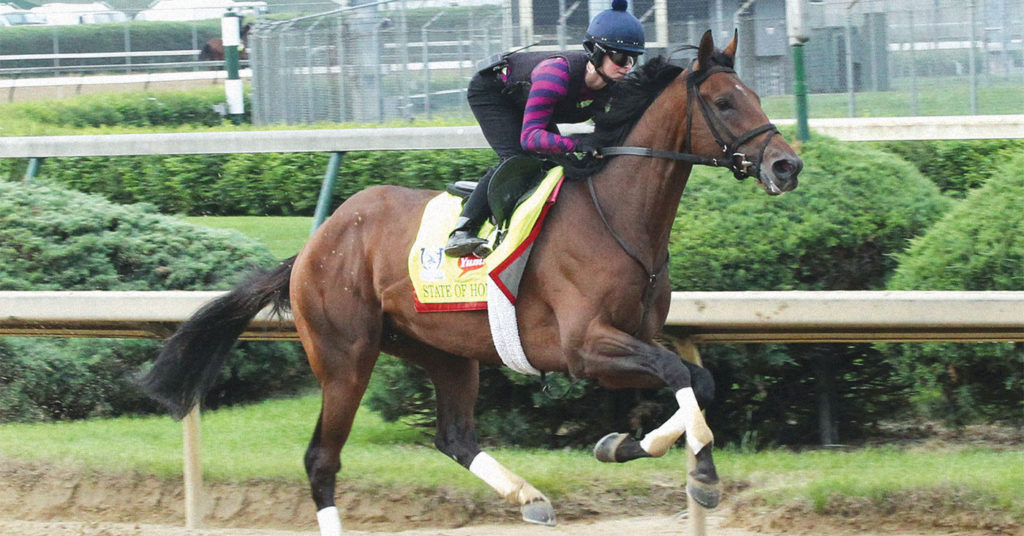 Picking the winner of the Kentucky Derby is viewed by some gamblers as the Holy Grail.

It is invariably the one race in any year where a winning selection is continually mentioned by a proud handicapper and worn as a badge of honor, all because of the unpredictable nature of the race.

Yet for the last four years it has been those gamblers who play close to the vest and minimize their risk that have been thumping their chest the most.

As illogical as it might seem for a race with 20 starters untested at the mile and a quarter distance, the betting favorite has amazingly prevailed in the last four editions of the Kentucky Derby.

From 1980 through 1999, not a single favorite was fortunate enough to win the Run of the Roses. Yet since Fusaichi Pegasus ended the drought in 2000, favorites have won eight of the last 17 editions.

That could bode well once again for racing’s “chalk players,” but the odds figure to work against them this time in betting the favorite. As much as fame and fortune smiled on the best horse in 2013-16, the law of averages dictates that the race is long overdue to revert to its wacky self. The previous time four straight favorites won the Derby was 1972-75 and to find five in a row you’ll need Doc Brown’s DeLorean to go back in time to the 19th century, specifically 1891-96 when favorites reigned for six years.

Besides simple probability catching up with the betting public’s choice, helping the cause of long shots is an evenly-matched field devoid of a heavy favorite. Classic Empire, last year’s 2-year-old champ, is the probable favorite off a solid win in the Arkansas Derby. Yet a series of misadventures from early February to mid-March, including a stunning loss in the Holy Bull, a foot abscess, an achy back and a refusal train on a couple of occasions, raises concern in some quarters about his conditioning for a race as grueling as the Derby.

Thus finding a live long shot or two should be the homework for handicappers this week as they plot their wagering strategy for Saturday’s spectacle at Churchill Downs – even if they intend to back one of the favorites.

To better understand how valuable a long shot can be, consider the 2014 Derby. If a chalk player bet $10 to win on the victorious California Chrome, the return was $35 — with enough profit to take the family to Wendy’s for dinner. Yet in the same race and betting $10 as well, if someone wagered $6 to win on Commanding Curve, who was second at 37-1, and used him underneath the favored California Chrome in a $4 exacta, the return was $680 for cashing those exacta tickets — enough of a score to fly in a French chef.

With that in mind, here’s a trio of long shots that just might provide some financial bliss on Derby Day:

With a 1-for-10 record, it’s understandable that he’ll be around 30-1 on the toteboard.

Yet in his last three starts, he was second in the Florida Derby to Always Dreaming – who could be the favorite in the Run for the Roses; second to Tapwrit in the Tampa Bay Derby; and third behind McCraken and Tapwrit in the Sam F. Davis. All three of them were Top 5 Derby prospects at some point.

Given how competitive he’s been against top contenders, he’s definitely worth a long look at the expected win odds. Better yet, it’s even more reasonable to believe that he’s capable of hitting the board and inflating an exotic payoff in the exacta, trifecta or superfecta.

Part of the reason he’s been overlooked is that he’s a stablemate of Classic Empire. Yet Norman Casse, the son of and main assistant for trainer Mark Casse, told Thoroughbred Racing Commentary he is expecting a strong effort from both of the stable’s entrants.

“In the walkover for the Derby, I’m going over with the confidence that either one of these two can win the Kentucky Derby and I’m not favoring either one,” he said about Classic Empire and State of Honor.

When you hear that kind of confidence about a 30-1 shot, it’s hard to ignore.

After Tapwrit won the Tampa Bay Derby to become a major player in the 3-year-old division, his stock plummeted when he finished a weak fifth in the Blue Grass at Keeneland.

His reputation sullied after a poor effort that will inflate his odds on Derby Day, Tapwrit exited the race fine and his recent works indicate he’s capable of bouncing back with a more representative effort Saturday.

“He was great,” jockey Jose Ortiz said after Tapwrit’s 1:00.20 five-furlong workout at Churchill Downs on April 28. “Everybody loved it. I think he didn’t handle the track at Keeneland and he will run much better next time.”

He’s lost his last three races, but Practical Joke was no worse than third against top competition in the Blue Grass, Fountain of Youth and Breeders’ Cup Juvenile.

He seems to be moving forward, with a second in the Blue Grass last time out, and though he has not been higher than 7-2 in his two starts at three, he’ll probably be 15-1 or more in the Derby. Blend that kind of price with consistency, and he’s a highly attractive play.

After all, he won’t be the favorite.