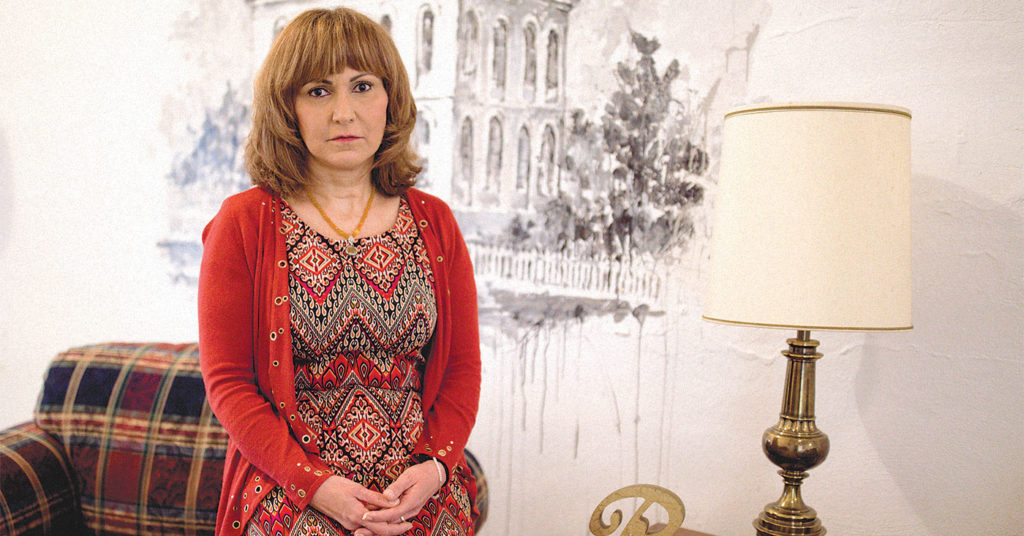 This is the fourth of seven stories LEO will publish about immigrants in Louisville who came from the seven countries — Iran, Iraq, Libya, Somalia, Sudan, Syria and Yemen — that President Trump initially targeted with bans. Documentary photographer Amira Karaoud said about her series of photographs and interviews, “Keep the American Dream Alive” that: “Our ancestors hundred of thousands years ago moved constantly all over the world. They lived according to human morality, which predate any religion that exists today. Following our ancestors’ steps of using norms of moral conduct as measure of merit in today’s international, integrated world is what all refugees/immigrants are asking for. After all, religion doesn’t represent the individual, neither her/his identity or capacity, but rather her/his relationship with God.”

I came to the U.S. when I was 14 years old to visit my aunt and her family. I had no plan to stay, my life, my home, my friends everything important to me at that age was back in Iran. When my aunt suggested that I stay and pursue my education here, I refused. To convince me she took me to the school so they can evaluate my credentials and see what they recommend. When I presented my transcripts to the middle school and because I had many math and science in my transcript, the school said that if I accept to join, they will by-pass me 2 grade levels, so from 9th grade I will go to 11th grade, plus I didn’t have to take any math or science classes for the rest of my high school years. At that age, not liking that much science and math, I couldn’t resist the offer and I stayed

How did you receive Trump’s executive order?

The first one was choking and the second was insulting. It is based in no true facts. Data reflects that 99 percent of immigrants coming from these countries do not have any criminal records and have no connection to creating terror in our land.

People need to be more educated and informed of real facts. I am very concerned for future generation; this needs to be taken very seriously. Education and access to unbiased and correct information are the keys towards having a peaceful world for all humanity and continue to making this country great.

The more we promote division and discrimination towards each other, the more opportunity we give to terrorists to take our peace and tranquility in our lives.

The goal of humanity regardless of our cultural and religious background should be to create the world that based on peace, unity, respect, tolerance and love for all. Allowing anything else gives a basis for terrorists such ISIS to use our actions for their proper propaganda to create more terror and violence.

Banning these countries that have nothing to do with creating terror on our land, doesn’t create safety or peace and only gives more justification to ISIS and terrorists alike that the West is at war with Islam. This is not what we want if we want peace for our great America.

What message do you have for America?

The terrorist path and the islamophobia path are both working against humanity. Both of these forces have same goals: to create fear, hate and division. The more division they create, the more justification they have to provide their information as the source and their solution as the only one. The world needs to wake up and understand that we need to stop these two forces to succeed. We need to do it for us and for next generation. I would specifically call all parents to work harder. It is our responsibility to leave a peaceful world to our kids.