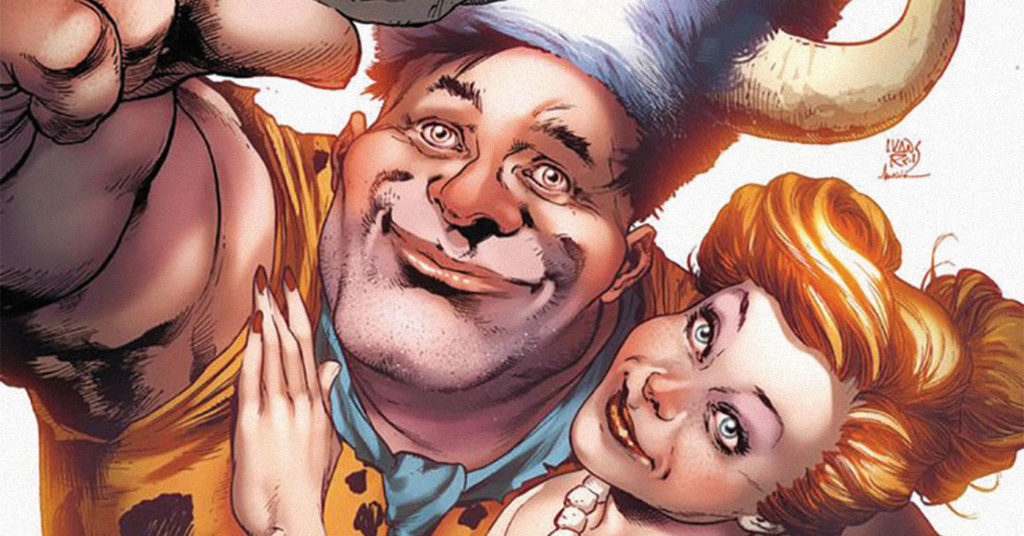 “Let me be clear. I don’t do anything if Adam and Steve aren’t welcome.” —Fred Flinstone

At first glance, this kind of joke about equality (Adam and Steve, not Adam and Eve) might seem strange from a “Flintstones” comic, but when you think about it, that makes perfect sense.

In the ‘60s, the “Flintstones” cartoon was full of social commentary that was relevant at the time, putting Stone Age characters in modern situations. So it makes perfect sense that in 2017, a “Flintstones” comic has these same characters becoming (slowly) self-aware that maybe using animals as appliances isn’t the best idea, realizing politicians will say anything to stay in power over Bedrock and figuring out how to use smart phones. And it’s great. Just like “Animal Farm,” “Slaughterhouse-Five,” and “Watchmen,” the new “Flintstones” comic from DC’s Hannah-Barbera line continues the idea that the best commentary on our society happens when you put characters in settings that are nothing like our society.

Marc Russell perfectly manages to write a story that balances comedy and heartfelt emotion, sometimes within a single panel; and Steve Pugh’s art style may not be anything like what you’re used to with these characters, but it works perfectly. He also throws little, hidden gags in the background of the panels that are definitely worth pouring over every inch of the art to find. My favorite was Pebbles wearing a Nick Cave-man shirt. The first trade paperback of this book is out now, and the last issue comes out next month. And if you love it, don’t worry about it ending, because this same creative team will be doing a book about Snagglepuss (yes, that Snagglepuss) as soon as this book wraps up. 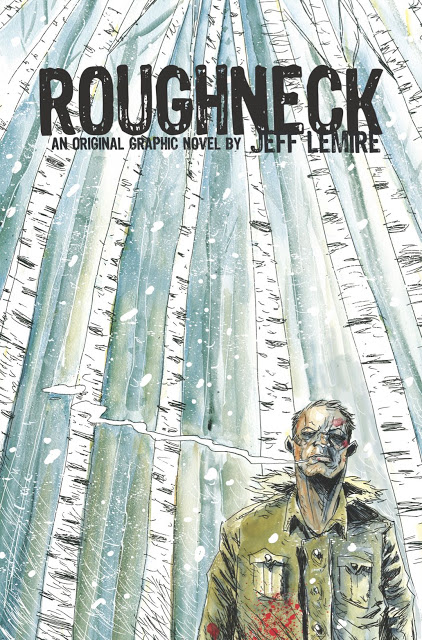 “Roughneck” is a cold, bleak, almost borderline noir tale. It is not a happy book. It is dark, violent, and it can make you reflect upon your own mistakes and shortcomings in life. That said, you do leave the book with a light at the end of the tunnel, and Jeff Lemire’s work on both the writing and the art is incredible. It just might be his best art to date.

The story is of an ex-NHL enforcer, Derek Oullette, who was kicked out of the league after a violent incident. When his sister, Beth, comes to town, they are forced to come together after years apart and face the demons of their past. Both are trying to grapple with issues such as addiction and abuse, and they attempt to reconnect while dealing with the violent history that had destroyed their family.

The struggles that Derek and Beth deal with over the course of the book are handled by Lemire with thoughtfulness and grace. “Roughneck” is a violent, bleak, yet still incredibly-moving story of overcoming addiction and breaking cycles of violence no matter what the cost — truly a masterpiece.