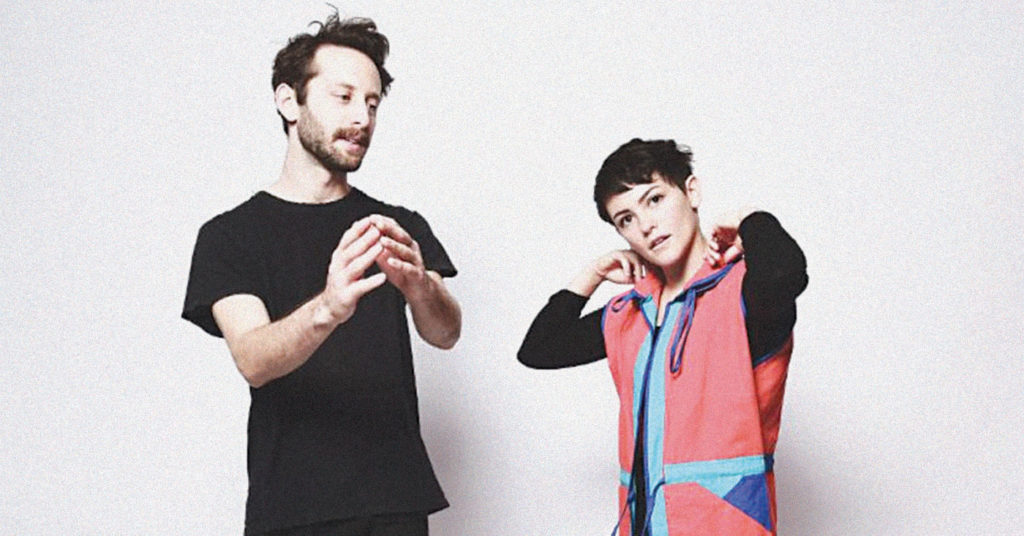 With quirky, freewheeling sensibilities that run alongside a current of heavier lyrics about isolation and identity, Diet Cig reminds me of a coming-of-age indie comedy film. There’s an upfront awkwardness and the sick-of-the-world blues, but it’s repurposed and wrapped into an adventurous energy that swings between highs and lows. It’s a weird line to be able to walk, and they do it at a high level on their debut full-length Swear I’m Good At This, bringing smart and calculated stories and matching them with enormous, bright hooks — pop-punk, without all the elements that made the term pop-punk a red flag. We caught up with singer/guitarist Alex Luciano before Diet Cig’s tour brings them to Zanzabar.

On the themes of the record.
“A lot of the themes of the record were things that happened in the summer that I wrote it, that I don’t think that I would have gotten if we had recorded it sooner in the year. A lot of the things on the record are really personal, things that have happened to me, a reflection of my own experiences. In that way, it kind of gets political and personal, because those two things are so intertwined in my existence. It’s a lot of feminist feelings, and also, a lot of personal experiences that I’ve taken and unpacked and reclaimed as a fun song, instead of a weird situation.”

On how this record is more heavy and serious than the EP.
“This record has a lot more intention than the EP. I think we thought about what we wanted to say a little more. The EP was kind of like, ‘I have these songs that I kind of threw together for fun.’ This was more thought out. Someone has given us this platform and space to make music, and people are listening, so what do we do with that? So, I think this writing process was a lot different from the EP. We just had more of an idea of who we wanted to be. I feel like we are still figuring it out. I think we just want to be a fun rock band that writes personal songs and can help ourselves and other people feel like they can take situations that are shitty, that happened to you, and reclaim them into something we can be proud of, and something that we can make fun of, that we can dance around to. And say fuck you to whatever that thing is, and take it and make it into a fun experience. We took that and said, ‘Everything has to be really honest, and we want this record to be fun, but, also intentional in what we were saying.’”

On the relationship between the contemplative lyrics and the hook-heavy, pop-infused instruments.
“I think that we play music that we like. We like pop music. We like songs that make us feel good, and I think the lyrics are just really honest, and come from a place of comfort and catharsis. I think we just write songs that we would want to listen to. We like fun, poppy instrumentals, and the lyrics are cathartic and honest, and combining the two, we just wrote songs that we wanted to hear.”

On the defining reason they knew Diet Cig was a project worth pursuing.
“Honestly, I think about that a lot, and there were a lot of things in the beginning when we were slowly realizing ‘Oh shit, this could be a real thing.’ But, the most tangible moment of ‘this is real’ was when I stopped going to college in the fall of 2015, because the band stuff was taking up so much of my time and I tried to tour and be in the band and go to school in the spring of 2015, and it was just too much. It got to the point after that semester that this band was doing more stuff, and was keeping me busier, so I was like, all right, I’m going to stop going to college. And that was the moment where I was like, ‘Oh snap, this could be a real thing. I just dropped out of college for this thing.’”