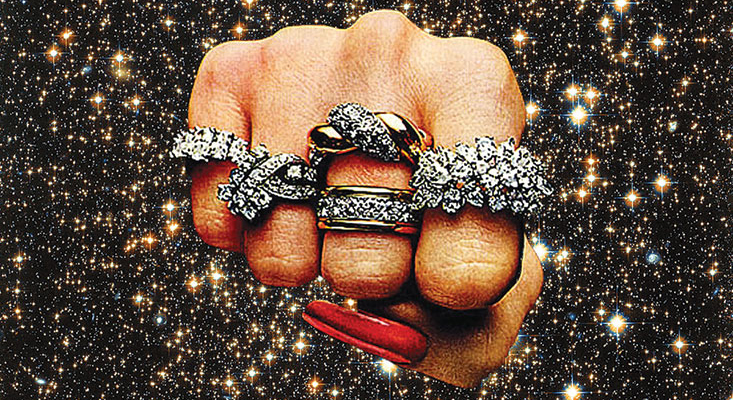 Well, we expected to have just nine or 10 local albums for this feature, but we easily upped it to 12 and still had to leave out a handful we wanted to include. We’re only a little over four months into the year, and the quality and quantity of records coming out of Louisville right now is outstanding — from melancholy folk, to atmospheric rock, to sharp hip-hop, to moody post-punk, to numerous other points of the genre map. Even more encouraging are the number of new local bands you should keep an eye on (read our story about 5 new bands to keep an eye on here). Below are 12 of our staff’s favorite local records in 2017 so far.

On the surface, James Lindsey’s resurrection album, Same Sky, is a well-put-together hip-hop record that follows the life and growth of a young man from the south side of Louisville. The bouncing synth on the opening track, “Wanna Shine,” is followed by the record’s first two words, “magnum opus,” illustrating that the guts of this album are just that — a masterpiece that has been years in the making, as Lindsey shook his Jalin Roze moniker. From those ashes, producer Josh Nicholson’s arrangements deliver eight different, inventive beats that lay the groundwork groove underneath Lindsey’s smart, agile lyrics as his cadence and delivery duck and weave through different concepts and collaborators, such as Otis Junior and Twin Limb. The concept of the record — trying to live a seemingly impossible peaceful existence under the same sky — remains fresh and exciting through multiple listens, which is why Same Sky was — and still is — the hip-hop album that 2017 needed.—Nik Vechery

After Wax Fang’s dark and atmospheric, Pink Floyd-like 2014 concept record The Astronaut, this year’s dense, electronic-leaning, song-based release Victory Laps is a reminder of the sort of flexibility that the band has. Don’t get me wrong, Wax Fang still sounds like Wax Fang, with all the gigantic, theatrical and intense moments that define them. And while there’s a whole lot less guitar, the keys and synths keep them steadily on the path of producing soaring, charged rock songs, just with a slightly altered vehicle. Victory Laps is both a bold and pragmatic record, a subtle shift in course, that’s not shy about its flow of new ideas, but, at the same time, it’s something that feels familiar. —Scott Recker

There are several factors that contribute to what makes the latest EP from Shadowpact special, first and foremost being the continued evolution of emcees Sleye Kooper and Modern Marvill. These two have come a long way, as they’ve continued to expand their verbal repertoire. But, while each stands alone as a solid emcee, it’s their symbiotic relationship that makes Shadowpact stand out. The beats, produced by DJ Shaheed, are another component behind what makes Respawn so good. None of these tracks are overcomplicated, but there’s a smooth, otherworldly design attached to each. I really dig the minimalist approach, as the producer adds plenty of substance without a ton of flash. Combine Kooper and Marvill with five killer beats, then cleverly add in an ongoing video game theme, and you’ve got one of my favorite 2017 releases.—Phillip Olympia

When Maximon released their debut single “Flame” in 2015, I knew Louisville had launched another great band. And while it’s taken two years for the debut album to follow, it feels like the time was well spent. If Yes Do sounds like it’s been meticulously crafted for supreme enjoyment and discovery. There are moments where you can hear the band’s influences and heroes (Talking Heads on the excellent “Feels Like I’m Falling”), but, for the most part, it’s a sound all their own. That individualism soars on songs like “Take Me Away,” swoons with “A Lovely Shape,” and keeps you entranced with the lyrics on “Werewolf” and “Splice.” During the leadoff cut “Colorbridge,” the band repeats the line “It draws me in,” which couldn’t be more true. It all makes for an outstanding arrival.—Kyle Meredith

A little over a year ago, I stopped by the studio when White Reaper was recording what would become The World’s Best American Band, and they played me an early instrumental version of the song “Eagle Beach.” With the slow-paced, screeching guitar riff and a calculated rhythm section that was giving plenty of space, it was a hard left turn away from the chugging, fuzzy, Ramones-influenced burners that the band originated with, veering toward the Cheap Trick world of the old gods. They were tired of being grouped into the new wave of pop-infused garage-punk, so they decided to make a straight-forward rock record. It was ambitious and dangerous, and before the vocals came in, it was hard to tell if they would be able to pull it off. For the last month, it’s barely left my record player.—Scott Recker

What you may not know is that Ersatz Living, the most-recent release by Anwar Sadat, sat on the shelf for a while before dropping in January. As such, I’ve had more than year to let this album percolate, a menacing, industrial metal album with harsh, staccato rhythms and snarled vocals. This is a mean record, and the delayed release time only punctuates the urgency — a soundscape that mirrors Trump’s America. This is all that anger and anxiety put into one concise package, a machine to help you rage. The lyrics are just as dark as the music, vicious and unapologetic, ruminations on the bleakest truths. In spite of everything, this is a remarkably catchy record, the sort that drills into your brain and stays there. These are anthems for generation resist, for anyone done with suffering, and it’s fucking beautiful for what it is.—Syd Bishop

You can journey along with the venerable singer-songwriter, Joan Shelley, through the ups and downs of life, and the twists and turns of her guitar’s tuning pegs on this record. Assembled in large part with the help of longtime collaborator (and famed folk music archivist) Nathan Salsburg, this subtle set also benefits from the steady hands and adventurous ears of producer Jeff Tweedy. Throughout this 11-song collection, Tweedy manages to do for Shelley what Peter Buck once did for Uncle Tupelo (on their March 16–20, 1992 album), which is to say that he creates the right space for her to do what she does best. And what Shelley does best is tell stories with a minimalism that has a heavy impact. There aren’t any throwaways here, but among the many standouts are ‘Wild Indifference” and “I Got What I Wanted.” —Kevin M. Wilson

What grand proclamation is to be made after the setup that Howell Dawdy has laid out to his debut album, a series of singles and videos, plus a mixtape? The answer is a sharp, ambiguous I’m Done, another masterstroke from the comedian. Several of the songs have been released in single form — “Handsome Boy” and “Summer Creams” are already local classics — but new additions such as “Louisville,” “Hot Air Balloon” (about a fistfight while suspended high above), and the title track are further proof at just how good Dawdy is at his craft. Like all great comedy, there may be a reflective truth of our times behind the shtick, or it may all just be completely absurd. Either way, it’s a lot of fun.—Kyle Meredith

Cat Casual has been a staple of the Louisville scene for years. He’s a multi-instrumentalist and vocalist who has written and performed with bands as varied as Lucky Pineapple, Bodyhammer and The Phantom Family Halo. His latest self-titled release, with backing band The Holy Midnight, is a beautifully moody trek through not-so-wonderland. As a whole, the album lives up to the promise made by its brooding lead single “Francesca,” which is a haunting, low rumble of drums, splattered with screaming organs and discordant guitar bursts, all of which dissolves into controlled waves of reverb and feedback. It sounds like John Williams scoring David Lynch’s nightmares. While the connective tissue among these songs remains dark, there is an undeniable groove among the grief. The happiest Casual ever seems, is at the dissolution of a relationship, on the snarky “Come Back.” Other songs like “Wicked World” and “Mock America” feel uncomfortably appropriate as they explore the artist’s eccentric perspective on our chaotic time.—Brent Owen

It’s unclear if there is anyone who can class the joint up more than Otis Junior. Every note sung is pure velvety bliss, forming vocal hooks that seem built to melt worries. Dr. Dundiff’s production, a dynamic tweak to their previous collaboration, keeps the energy up, but is somehow no less chill. The horns sit softly in the background, as the beat bounces flawlessly, even with tempo shifts. This is a special kind of cool, the thing you put on at a party, because you get it, got it and other people need to get in your lane. Expect to get mild and stay there.—Syd Bishop

Pissed On — The Hanged Man

Acolytes of the grindcore genre, and worshippers of the riff, Pissed On are a young group who’ve been tearing it up live since their inception. Recently, they dropped a five-song EP called The Hanged Man, an effort that shows the group coming into their own with an eclectic style. In general, grind revolves around short, intense songs that tend to blur together, but Pissed On has taken special care to craft music within this framework that’s memorable and fresh sounding. Beyond their primary delivery of speed-addled expulsions of rage, the band experiments with more focused passages that arrive in slower tempos on the last two tracks, inducing a feeling of devastation that hits like a sledgehammer to the face. Since it’s release in March, The Hanged Man has garnered tons of positive press, leading to yet another heavy Louisville band breaking out onto the worldwide stage.—Austin Weber

Jecorey Arthur (aka 1200) has been a staple in the music scene for a few years now as a multi-dimensional force, with a sharp, heavy-hitting hip-hop flow and a classically-trained background, combining to create a disciplined and intelligent nonstop surge of ideas. He’s also a mover and shaker, a community organizer and a teacher, which is not only to say that he cares about the development of Louisville, but also that Arthur has a lot of musicians who orbit around him, exemplified by the vast soundscape on Seance/Spirit, which ranges from guest vocalists, to all sorts of added instruments, to appearances from Metez, Cheyenne Mize and Teddy Abrams. A double album that is split to address the light and dark sides of life, the lyrics also shine on Seance/Spirit, which is a personal journal about the roller coaster ride of life, and all the outside factors that impact those ups and downs. —Scott Recker