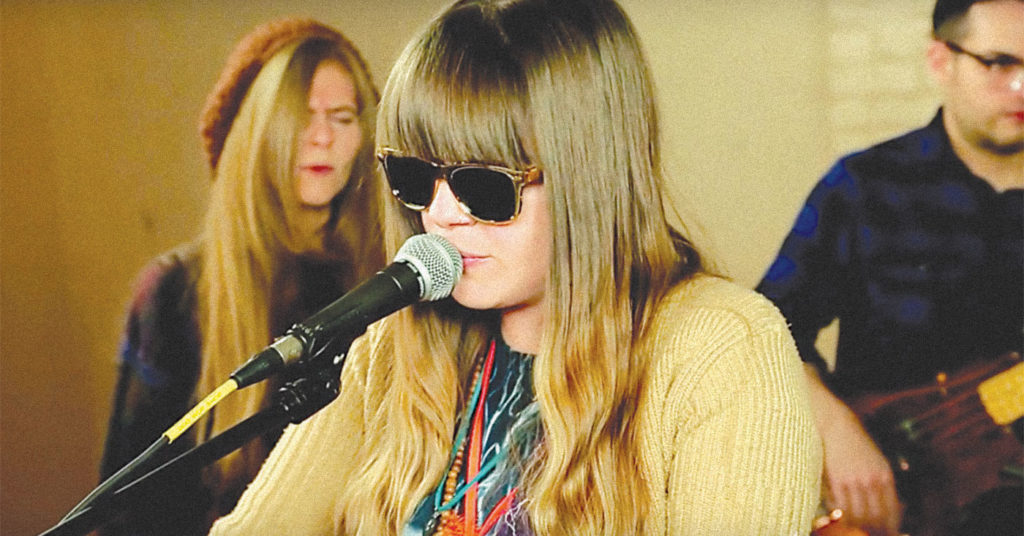 Joann Jene has an infectious energy, a sincerity that translates into her music. That manifests on Joann + The Dakota’s newest record, Holy Coyote!, which has an Americana quality to it, updated for the 21st century with a hybrid of sounds, and one of the best attitudes you’ll encounter.

LEO: Tell us a little about Holy Coyote!

It’s a five-song EP. When you go from song to song to song, you don’t know how to describe the next. People ask what kind of music it is, and I don’t know what to tell them. It’s good time-y, family-fun band. I’ve always written all kinds of things. When Lyle [Edward] joined the band, we changed a lot.

The cover art is bold and informal. Is that aesthetic reflective in any way of your attitude?

Definitely one thing that’s important to me — I don’t like things to feel contrived. I like them to be representative of what I am and where we are. I had creative control over that, and when Lyle popped up with it, we just went with it. The music video [which is footage of a recent Friday night at Zanzabar], we didn’t even know it was going to happen. I just grabbed my camera. We just do everything in the band. Jason recorded us in his basement. I feel so lucky. We’re a family. We genuinely are.

Walk us through your history. Do you have a great origin story that may, or may not, involve a radioactive Dakota bite?

Not quite that, but this is what I’ve always wanted to do. I’ve always wanted to be a singer. I got a guitar when I was 15. Here’s a little-known fact: In college, I was in a band, and I was the singer. The band was called Dixxxon. After I moved to Louisville, I didn’t play for a while. I went to see Laura Marling at Z-Bar. After seeing Laura play, everyone was passed out from drinking in the front yard, and I just started writing on the porch and haven’t stopped since.

Joann + The Dakota’s EP Holy Coyote! will be released via a show at Zanzabar on Saturday, May 20. $5. Holy Coyote! is currently advance streaming at leoweekly.com.