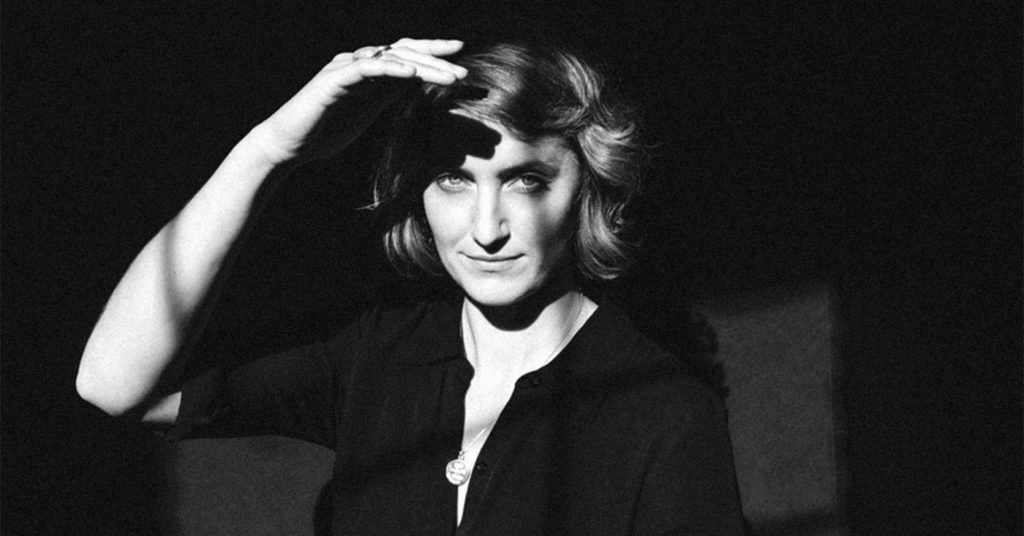 This past December, Joan Shelley and longtime collaborations Nathan Salsburg and James Elkington traveled to Chicago to record with Wilco’s Jeff Tweedy in his loft studio, where Mavis Staples and Richard Thompson have made albums in recent years. The result is Shelley’s latest release, a self-titled collection of melancholic beauty, which will be available Friday, May 5.

“I met Jeff at Mountain Stage when we were both playing it,” Shelley said. “He had heard Over and Even and liked it. After that, Mike [Quinn] at No Quarter asked if he’d produce the next one. I already had the songs and he asked to hear them first — and he said yes. Spencer [Tweedy, Jeff’s son, who plays drums] happened to be off from school on break, so that was a happy surprise. He just sat in on songs he’d never heard and was seamless.”

Her newest record carries the sort of honesty that puts you at ease. The album is a picture of restraint, with each musician playing strictly in service to the song. Shelley plays with a careful dynamic, where each song could stand on its own as a solo performance, although it benefits greatly from the contributions of her collaborators. The senior Tweedy is listed as providing accent work, and that becomes apparent on headphones, with lush textural work adding a nice touch to each song without impeding Shelley’s overall vision. Her music is sparse, existing as much in the space between the notes as anything else, a platform for her beguiling voice. As such, she relies on her collaborators to maintain that simplicity.

“These tend to be small songs and too strong a spice would take it over,” Shelley said. “Jim and Nathan, I knew to be extremely in-tune with me. Jeff and Spencer turned out to be too.”

Joan Shelley’s latest, self-titled released will be available on Friday, May 5. Tickets are currently on sale for her June 10 show at Headliners.