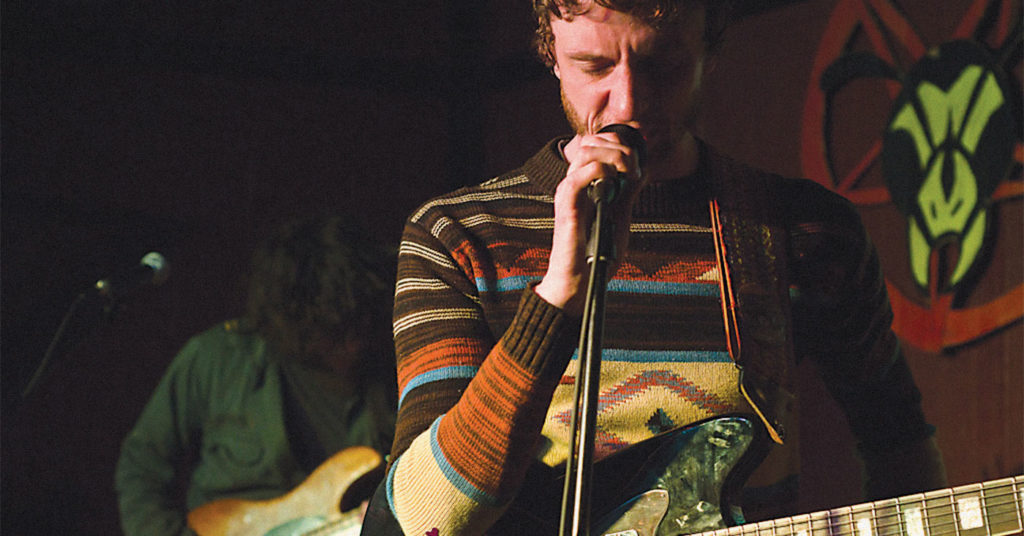 I met Ben Traughber of Dream Eye Color Wheel for a game of Skee-Ball and to talk about the band’s latest album, False Omega, an experimental ambient folk record.

LEO: Where did the title False Omega come from?

Ben Traughber: It wasn’t the original name of that album, actually. The original title was Zebulon Speaks and Zebulon was this character I envisioned that was an alien that came to Earth and the album was going to be his observations. Then, with things in the band and my personal life drifting apart, I went into this meditative place and took some of the song ideas I had started to build up, add new things and focus on, ‘What am I doing?’ If I was free of everything, what would I want to make? To me, omega means the very, very end and I think the idea of there being a permanent end is something that is a subjective quality to human experience. Even if things end for you, nothing is really over.

Talk a little bit about writing the album.

I knew that I didn’t want it to be like the album I made before where it was just me playing everything. I wrote and arranged most of it, but I also got friends to help me bring those ideas into a sonically complex place. For this album, I was fortunate enough to meet Jacob Duncan, who is an excellent jazz musician and he came over and we recorded sax, flute, clarinet and bass clarinet. He did everything first try. He is the horn section of the album.

How much room did you leave for improv on the album?

Everything on the album was written automatically. I would sit down and write a song in the moment and whatever words came out, whatever I was feeling was there. I would go back through putting my layered instrumentation on the same way. It was very spontaneous and when I had friends play, it was the same thing. I’m very interested in the hearing aspect of playing music.