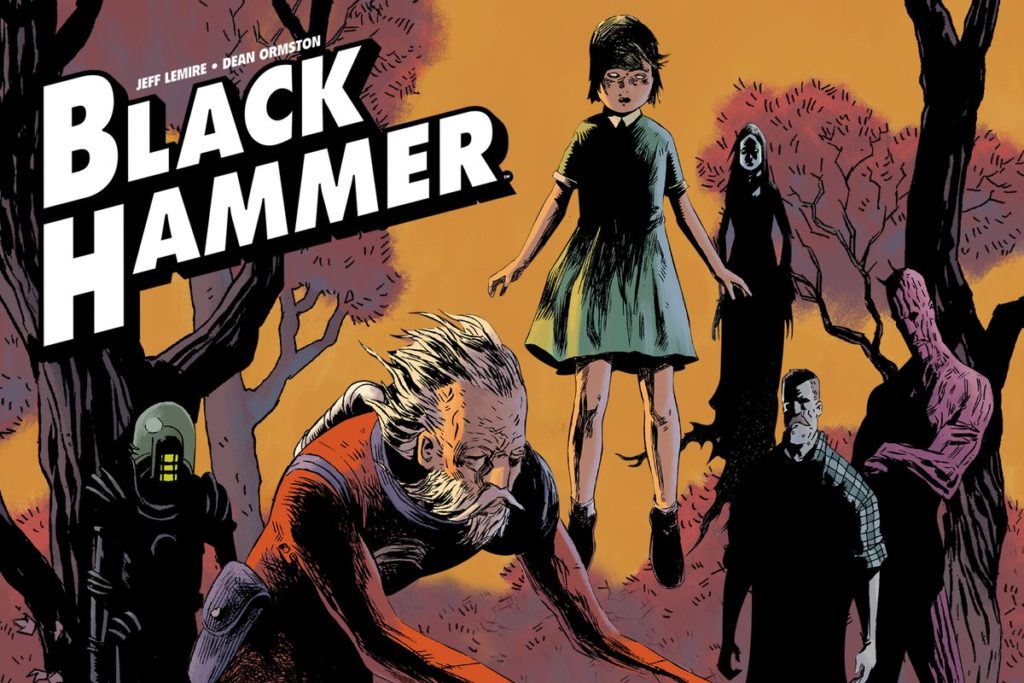 Welcome to LEO Weekly’s newest feature: Your Friendly, Neighborhood Comic Book Reviews. We will ask local comic book shops every other week or so to give us their takes on the best comics and graphic novels to come out recently. Whether it’s the latest super hero, sci-fi or horror tale, they know what’s worth picking up!

‘My Favorite Thing is Monsters’

Reading Spider-man and Fantastic Four as a kid made me feel like I lived in New York City. The first time I went to NYC, I knew all the landmarks and attractions already from reading so much Marvel. Unlike books, comics gave me pictures, and unlike watching a movie, I could explore each panel at my own pace.

Emil Ferris’ excellent graphic novel debut “My Favorite Thing is Monsters” gave me the same feeling. Drawn on lined notebook paper in a sketchbook style, you get to travel to 1960s Chicago through the eyes of 10 year-old Karen Reyes (who loves monsters, and even draws herself as one). And you feel like you’re there with her every step of the way.

This book is a murder mystery, but in the loosest sense. It touches on so many other things, such as the civil rights movement, sexual identity, the Holocaust, art history and family drama. But, as complex as the story is, never once did I feel confused reading it. Karen is there to guide you the whole time.

Seriously, just Google image some pages from this right now. It’s truly a masterpiece, and is unlike any comic I’ve ever seen.

If anyone can show readers that there are still new ways to write a superhero story, it’s Jeff Lemire. That’s exactly what he does in “Black Hammer vol. 1: Secret Origins,” which collects issues Nos.1-6 of the series.

The main characters are all made up of familiar archetypes. We’ve got our Shazam analogue, our Martian Manhunter and so on. The readers find out that the group has been stranded in a small town, powerless, for 10 years. Some of them have embraced being there, some have reluctantly accepted it, and some are still just angry. The particulars on how and why they’re stuck there are touched upon, but what I enjoy about this book is that it is a widely character-driven story. It has a character-first approach, each “hero” having a clear personality and all coming across three dimensional.

The super heroics come in flashbacks and they are wonderfully campy, made to capture the Golden and Silver Ages of comics. And despite the characters being inspired by such colorful times, Dean Ormston’s scratchy art still fits perfectly as a dark, moody reminder of their current reality.

Overall, Black Hammer is an incredible book. From the writing to every aspect of the art, I have become completely enamored with this book and can’t wait for future issues.