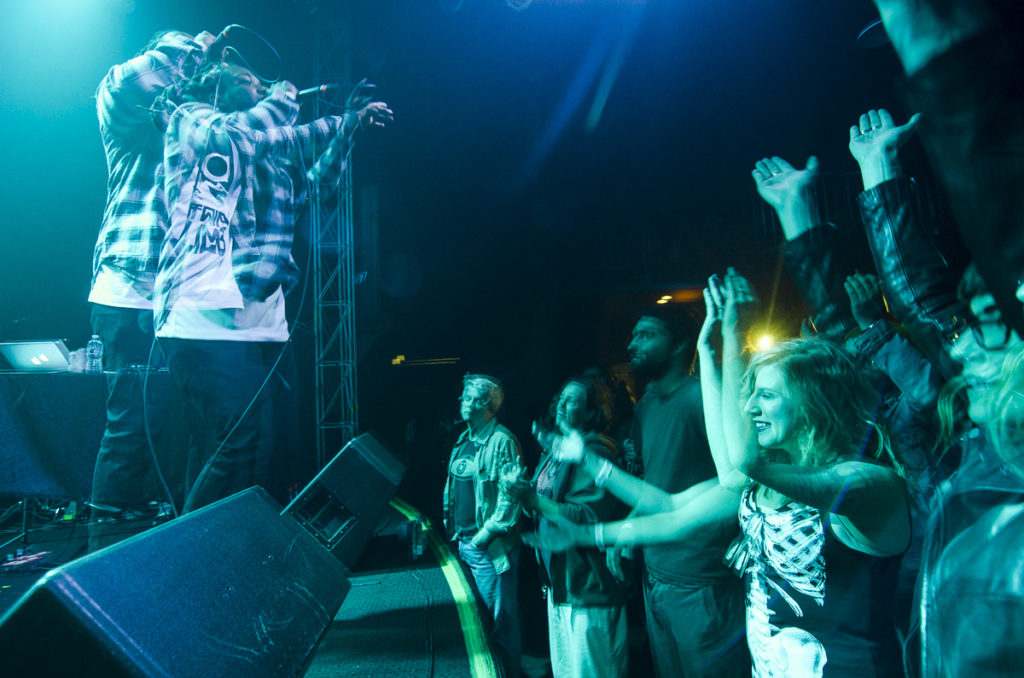 The Mothra: Sexcapades
Kaiju
Free  |  9-11 p.m.
Kaiju’s “The Mothra” is a regular storytelling show that gives local comedians a chance to drop the bits and punchlines to share true, usually-humorous stories from their lives. This week’s topic is “Sexcapades,” and the show will be hosted by Bryce Peter, with storytellers Eric Groovely, Stephan Holthouser, Mandee McKelvey, Andy Fleming, Mary Rachel Jackson and Brian Barrow.

Fairness Volunteer Night
Fairness Campaign
Free  |  5-8 p.m.
The Fairness Campaign needs your help to accomplish its quest for “comprehensive civil rights legislation prohibiting discrimination on the basis of sexual orientation and gender identity.” Join it for Volunteer Night to help the Campaign supporters get messages to their legislators. Bring a laptop if you can, but if not, that’s OK, too. And for your efforts, you will be rewarded with free pizza!

Twilight Thursdays
Churchill Downs
$3  |  5-8 p.m.
Test your luck at the track with live, nighttime thoroughbred racing. There will also be live music, local food trucks, betting tips from resident handicappers and, best of all, $1 beers! The first race is scheduled to go off at 5 p.m., with the last race at 8:23 p.m.

Sanctuary for All – Metro Council Meeting
Louisville City Hall
Free  |  6-7 p.m.
If you want Louisville declared a sanctuary city, you can help by joining Louisville Showing Up for Racial Justice and several other activist organizations at Thursday’s Metro Council meeting. During the public comment period, residents will explain why they believe “Sanctuary for All means saying no to executive orders that hurt immigrant families, refugees, black communities, LGBTQ youth, the disabled, and low income and working people.”

Music Trivia with Guestroom Records
Hilltop Tavern
Free  |  7-11 p.m.
Hilltop Tavern is teaming up with its neighbor Guestroom Records for a music trivia night. So gather your merry band of music lovers, have a few drinks, answer a few questions and win some prizes. It’s also pint night at Hilltop, so buy a pint, keep the glass.

We Still Like You #5: Louisville
Decca
Free  |  8 p.m.
“We Still Like You,” is a show during which “comedians tell real stories of shame and embarrassment to a crowd of friendly folks.” Take a seat in the comfy cellar and enjoy comedy, cheap bar bites, live art by Jim Bob Brown and, as always at Decca, a $5 dolla holla (a shot of bourbon and a can of beer). Hosts are Chris Vititoe and Mandee McKelvey, and storytellers are Keith McGill, Ken Townsend, Kate Sedgwick, Bryce Peter and Eric Davis.

James Lindsey Co.
Against The Grain Brewery
Free  |  8-11 p.m.
Join Against The Grain Brewery for the first installment of The Local Lineup, a monthly music series with local musicians. This month’s featured performance is hip-hop artist with James Lindsey and company. The party starts at 8 p.m. with DJ Sam Sneed, but show up early for the pre-show happy hour between 7 and 8 p.m.